Everybody knows endless love and gratitude greatly influence our existence. When we think of our special someone something marvelous and magical happens-our imagination ignites creativity. “Marianne & Leonard” lovingly captures just that. 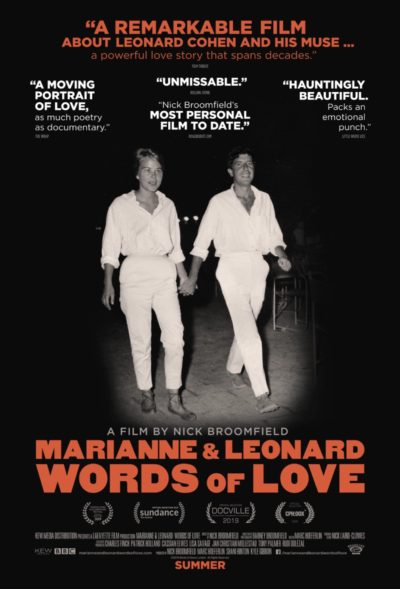 The unknown Canadian author attempts to ignite his writing career becoming part of a community of expat artists, writers and musicians when he meets an enchanting, exciting Bohemian beauty, which would forever change both of their lives. Over the next 50 years, the enduring, exciting love story between the legendary Leonard Cohen and Norwegian muse Marianne Ihlen unfolds in “Marianne & Leonard: Word of Love.” 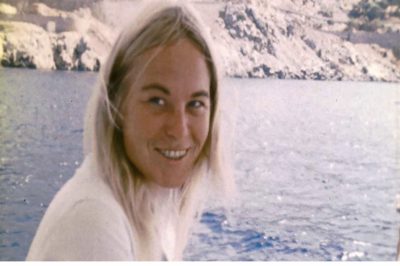 To be honest, my knowledge was extremely limited beyond a surface level on folk singer Leonard Cohen despite “Everybody Knows” and “Hallelujah” constantly playing in my music library. The fabulous feeling emitted each moment in “Marianne & Leonard: Word of Love” creates an exciting, enthusiastic sensation swiftly showing the film unfolding before your very eyes. The captivating counterculture captured by iconoclast filmmaker D.A. Pennebaker intertwined with never-before-seen footage by director Nick Broomfield leaves a lasting impact.

As the movie progresses, we discover director Broomfield met Marianne in 1968 when he was 20-year-old only to be inspired himself by Cohen’s caring muse and as well be introduced to Cohen’s contagious music. Broomfield admits, it was “one of the most magical moments of my life that has stayed with me ever since.” Although extremely personal, adding himself into the mix comes across as narcissistic. 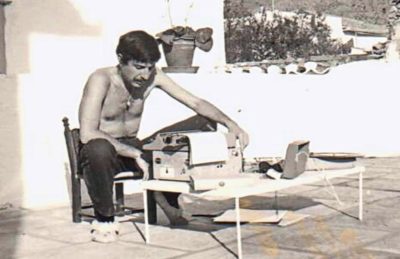 The film comes full circle and certainly captures the enchanting essence of Marianne and Leonard’s love affair. Although compassionate and entertaining, Leonard always sought out women and one of the mesmerizing “meta” moments is Leonard commenting on himself flirting on camera with no hesitation. As friends would often comment, “he had to have a woman all the time” and maintained a very healthy sexual appetite throughout his career.

Marianne’s spiritual search certainly created a natural inclination to be interesting and receptive for everyone surrounding her. She simply stunned influencing, inspiring and igniting imagination with whomever came into her romantic life. Although emotionally charged by her songs “So Long, Marianne” and “Bird on a Wire,” they drastically drifted apart physically but always remained tangled in love emotionally.

“Marianne & Leonard: Word of Love” is a powerful, poignant love story with 50 chapters. Some short while others ostensibly wander around, these two lovers left immediate, intense impacts on each other that followed them their entire lives. The destructive downside about passionate, perpetual love is it always encompasses each magnificent moment of our lives. Lovers will come and go, but the truly significant, serious ones will watch over our hearts and minds meticulously as they’re always on your mind. Those beautiful, blissful muses magically inspire us each and every day, whether or not we intentionally address and/or acknowledge it. 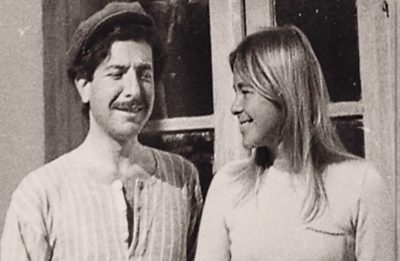 Nick Broomfield’s latest film focuses on an amazing, amorous love story, which adds to an already impressive, eclectic catalog considering other music-centric films such as “Kurt & Courtney,” “Biggie & Tupac” and “Whitney: Can I Be Me?” The voiceovers victoriously immerse you into the lovely lives of the two principal people as they explore each imaginable hedonistic aspect of the swinging 60s. Wonderful footage abounds as they cinematically capture pivotal moments in Cohen’s career, but back off rapidly with Marianne’s rollercoaster life as Cohen climbs from obscure writer to celebrated singer. 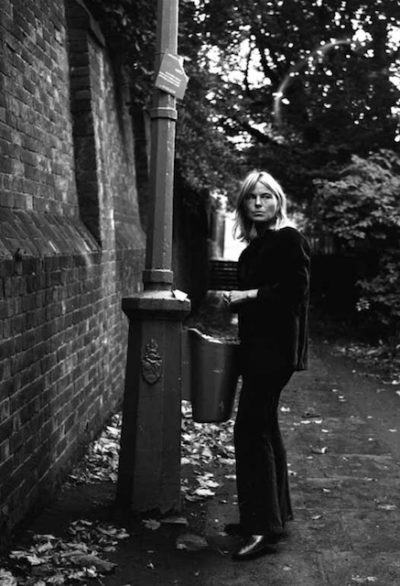 Although anecdotes abound with talking heads humorously attempting to appeal to strangers, Leonard Cohen fans will feel more at home. The impactful influence Cohen created in the music world resonates like no other and adds another awesome addition to his career with this delightful documentary. Sure it might be awkward at times, but much like Cohen’s charm it grows on you.