Ohhhhh Don’t mess with Suddenly Susan! She was on a quest this week and since it’s Fanboy Fail Friday, you probably can guess what happened. Nothing good that’s for sure.

Who was the proprietor of such villainy? Mark Duplass… Who? Mark… You get the idea.

Check out this weeks Fanboy Fail Friday after the jump!

You win some and you lose some in this hobby. It’s the nature of the beast and I’m prepared for the worst each time I venture out for an autograph. But sometimes, you just can’t wrap your head around what went wrong.

Mark Duplass is a damn fine actor who is the co-star of The League and The Mindy Project and several independent movies, including one of my favorites, “Safety Not Guaranteed”. He’s not a household name and that’s usually a plus for this hobby.

Mark was doing a talk show taping and since I’ve never seen him out and about in Hollywood (though I’m told he’s everywhere), so I made sure to be on the scene. I arrived early, at 3:45pm, as Trey Songz and Dane Cook were also scheduled to appear.

I feared a gaggle of teens might be waiting for Trey, but I was happy to arrive to only two teen girls waiting. Within 5 minutes, Trey had arrived. The girls screamed and he waved, phone in hand, and that was that. The girls left and I planted myself in the center of the barricade.

A few more hobbyists joined me by 5pm, including DVD Dave. We were at a total of seven now plus three Looky Lous and 2 Paps. Dane Cook arrived around 5:20pm and we all yelled for him. He went straight inside. (He signed later and the way out – you can read all about it here).

Mark arrived about 10 minutes later. He turned back and waved but went inside. I figured the wave was a good sign and he really needed to get in, change, get makeup done, etc. I was supremely confident he would sign on the way out. All I’ve ever heard is how super nice he is, so nothing to do now but wait.

Several people left after Dane signed, including the Paps, and then Trey Songz took the stage for his outdoor concert. We were down to just four people waiting and DVD Dave didn’t have anything for Mark. He was just keeping me company and was going to be my photographer if Mark was willing take a photo with me. 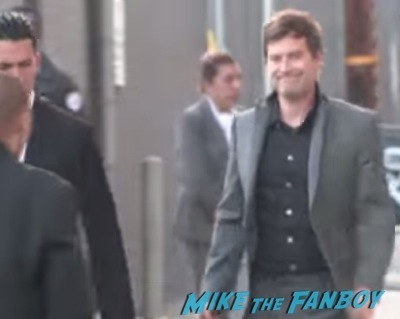 Mark finally exited at 7:15pm. We yelled. He smiled. 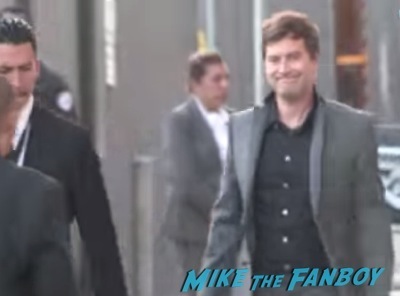 We yelled some more. He waved. We yelled. He left. 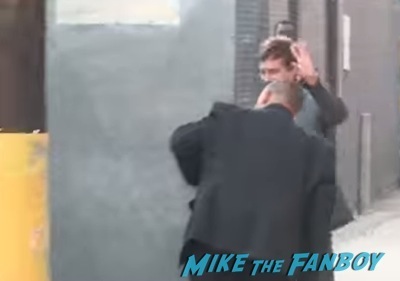 Seriously? FOUR people. One, two, three, fucking four and you stiff us?

But in this case, where exactly is Mark Duplass in such a hurry to get to, that he can’t sign for four people. I also understand that these actors, etc. don’t owe us anything. It’s not their responsibility to sign for us. However, when fans have been waiting a long time just because you admire their work, can they not take a few moments for you to tell them so?

It’s baffling when A-listers like Johnny Depp and Tom Cruise sign for hours, greeting every waiting fan when they are the ones who really don’t need to do so. Their movies will be blockbusters regardless. They truly appreciate their fans. Then Billy Bob No One Gives A Fuck about can’t take one minute of his precious time. Honestly, here’s the breakdown:

I had waited three and a half hours and he couldn’t spare 43 fucking seconds. It’s like a kick to the stomach. I’m still dumb founded. Doesn’t everyone like to be praised from time to time? Is it different for actors to hear, “you were amazing in such and such film,” or “your movie changed my life,” and even simply, “I love your work”?

I hope you’ll weigh in below with some comments. Am I being too harsh? Am I justified in feeling this way? For now, I’ll stick my unsigned “Safety Not Guaranteed” UK poster in the back of a dark closet where it belongs. 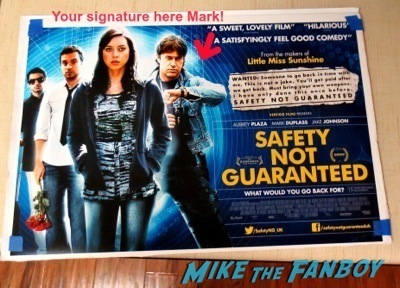