I admit it… I love me some Christina Ricci. I have always loved her, and I think I always will. I have so much stuff for her, it’s not comedy. I don’t know why her work has always appealed to me, but it just has. Sleepy Hollow, Prozac Nation, The Adams Family, Black Snake Moan, Casper, Pumpkin, Penelope… Her work is so varied! The Opposite of Sex is still one of my favorites.

Today, I brought some magazines from my Christina Ricci collection and two original Sleepy Hollow theatrical mobiles. I know, only me.

Also, joining Ms. Christina Ricci for her appearance is New Girl star Jake Johnson. I have a rare douchebag jar screener kit for him.

When I arrived I was a tad shocked to see about 15 people already here. I didn’t think there would be a lot of people but I think it’s a good amount. Christina Ricci was already in before I arrived.

DVD Dave was here and flipping through his case of DVD’s for Christina Ricci. “What to do, what to do?” he pondered.

I was also able to meet MTF Reader Neil who is awesome! It’s always great to meet fellow collectors, especially those with great taste in websites! LOL..

It’s an interesting day, some Hollywood regulars wandering about, people asking me if they can have my Sleepy Hollow mobile, and some unique stories. All in a day hanging out in Hollywood. You honestly, never know what you’re going to run into.

And then New Girl star Jake Johnson arrives. I’ve met him a couple times, and Jake has always been super nice. In fact he comes right on over. 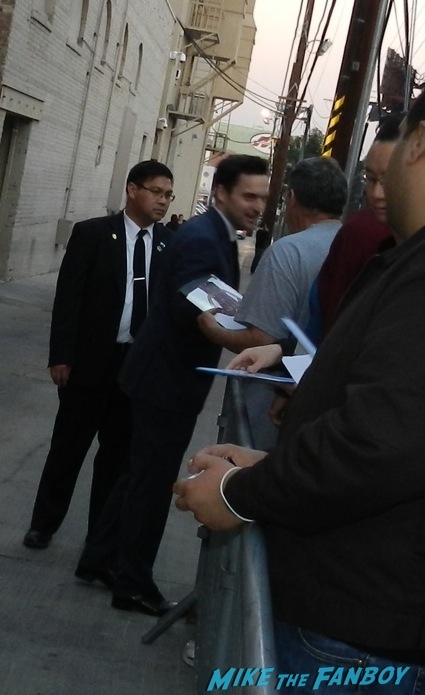 Someone yells from the back of the line and he’s like, “Don’t worry, I’ll get to everyone.” 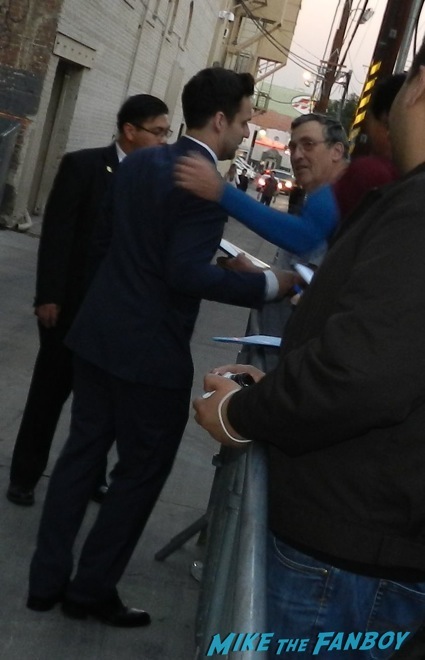 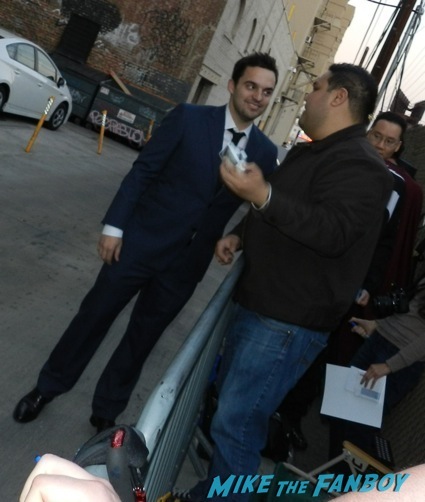 He was super chill and really nice. Jake signs a couple things for Neil and does a photo, he signed my Douchebag Jar presskit and finished down the line. 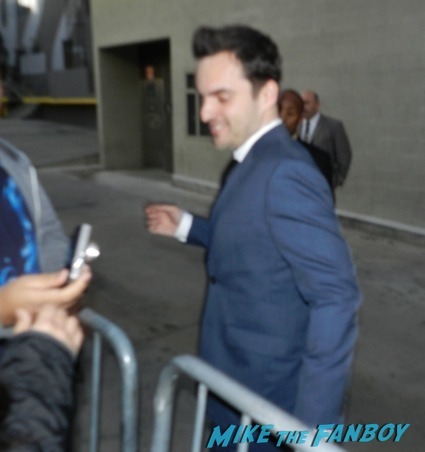 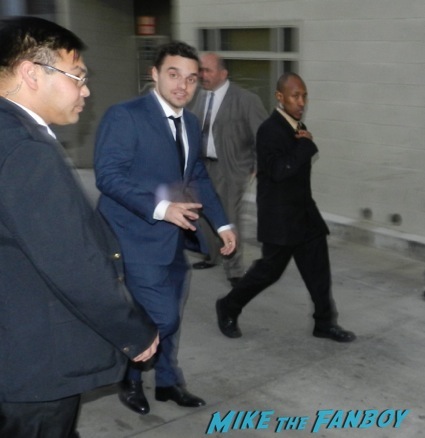 It should always be that calm and easy. 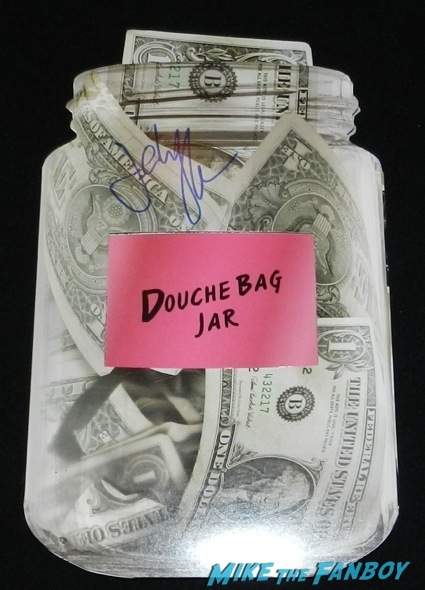 And now, we wait for Christina… Could that be a movie title as well? DVD Dave, who complains he doesn’t get enough page time here at MTF, if frantically trying to figure out what DVD to get signed. Is it Casper? Is it Black Snake Moan? What to do? What to do?”

And we we haven’t even started on the paint pens… Whoa… That’s a full on conversation. And that’s not me even being sarcastic, the right pen is very important.

DVD Dave also found a new use for the barricade… A cup holder! 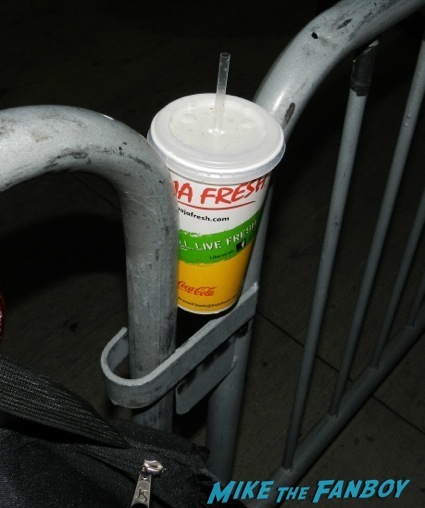 After about an hour or so… It’s Ricci time! Here’s how awesome she is… She walks out and comes right over. So sweet. 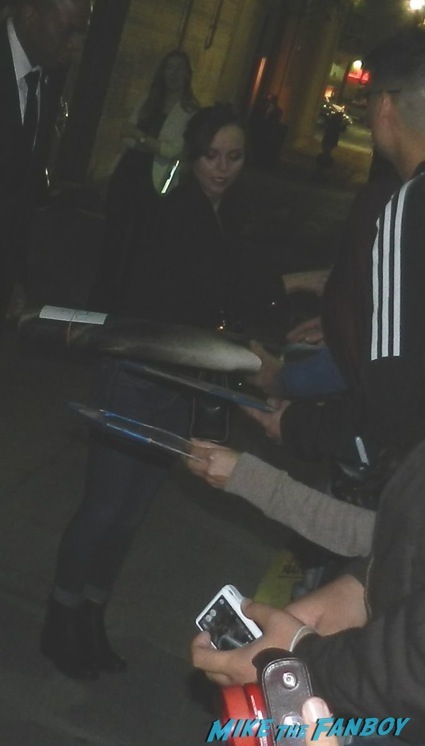 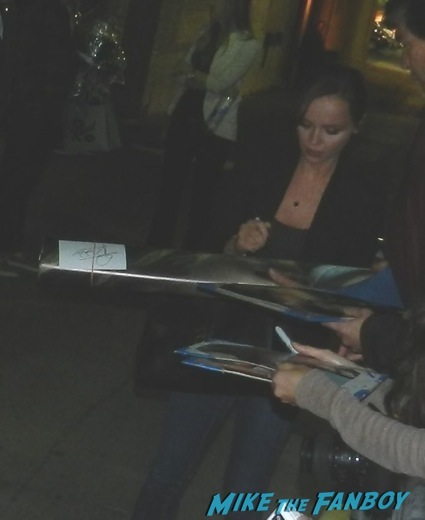 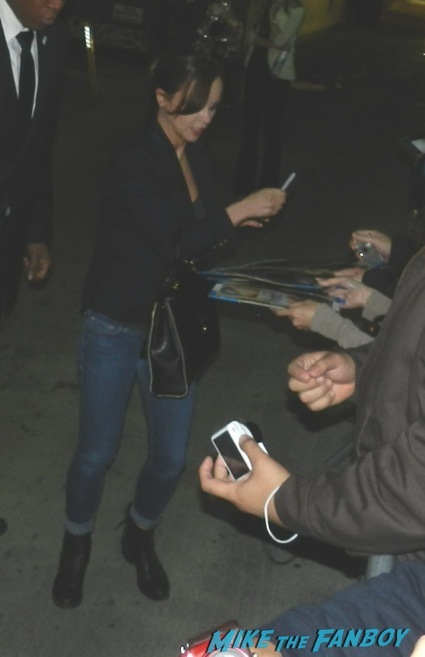 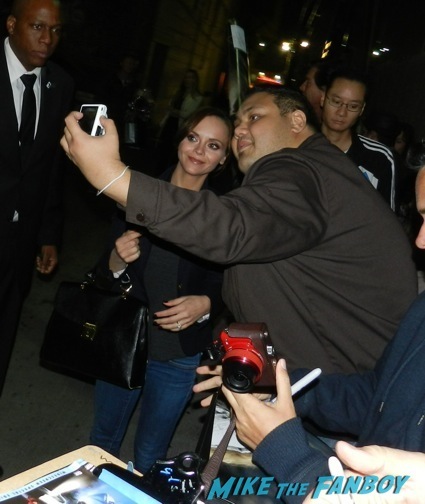 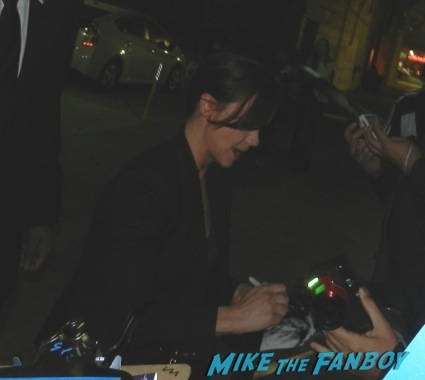 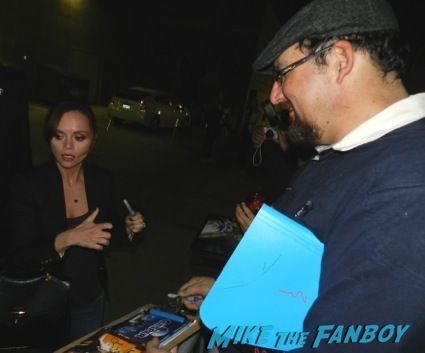 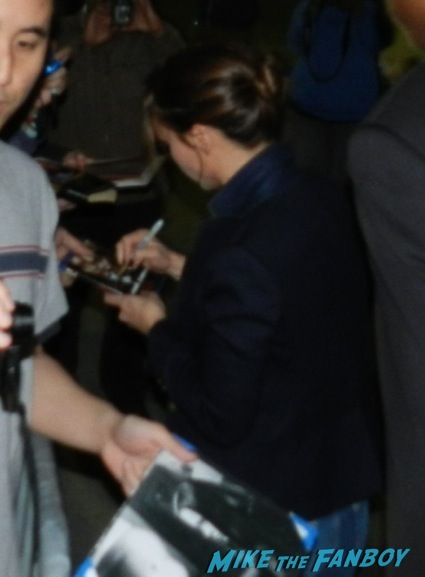 I have my Sleepy Hollow mobile out and Christina Ricci was nice enough to sign it in gold like I requested. Then she continued to sign down the line. 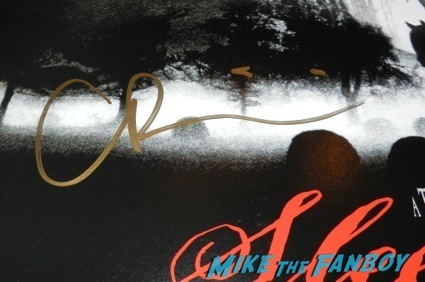 True to her word, on the way back, she took pictures with everyone on the way back. She was quick, but nice and everyone walked away with what they wanted. Every encounter should be so organized! 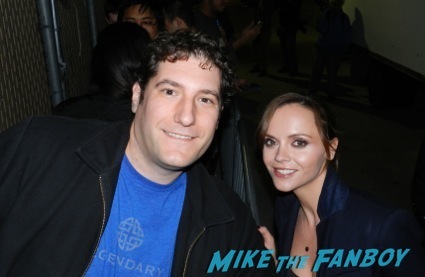 Woo to the proverbial Hoo! 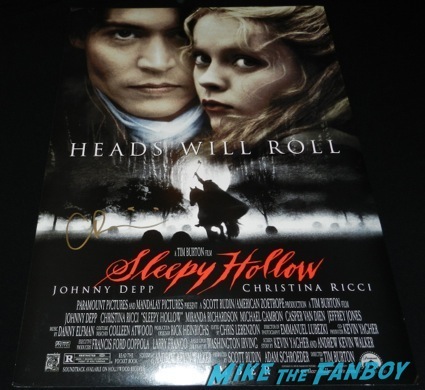