I have to admit, I was never a huge fan of late 1990’s teen films. The She’s All That, Summer Catch, stuff didn’t appeal to me. However, so many people loved them it’s hard to argue their popularity and longevity.

One of the stars of a lot of those films is Freddie Prinze Jr. Apparently he has a new cookbook out? Who knew he could cook?

Anyway, Pinky headed off to meet Freddie and after getting brutally rebuffed, she eventually got her photo!

Hello, my lovelies. Pinky Lovejoy-Coogan here excited to have finally met the star of so many wonderfully cheesy movies in the ‘90s, Freddie Prinze, Jr. In fact, this was the first time I’d ever even seen him in person. On Twitter he always comes across as super friendly (I’ve fallen for this trick before….), so I figured I’d have no problem meeting him at a recent book signing to promote his new cookbook, Back to the Kitchen. 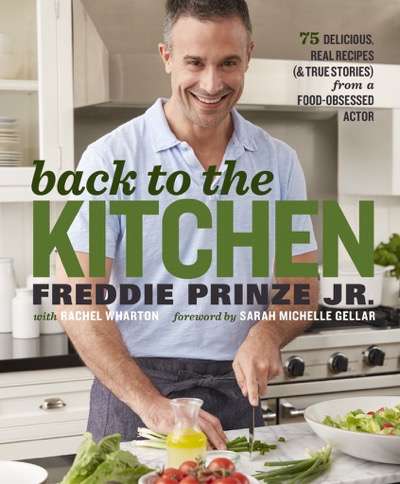 Although we’d planned on buying the book anyway, I hate the “leaning over the table” pictures that are typical at book signings, so I waited outside hoping to meet him when he arrived. 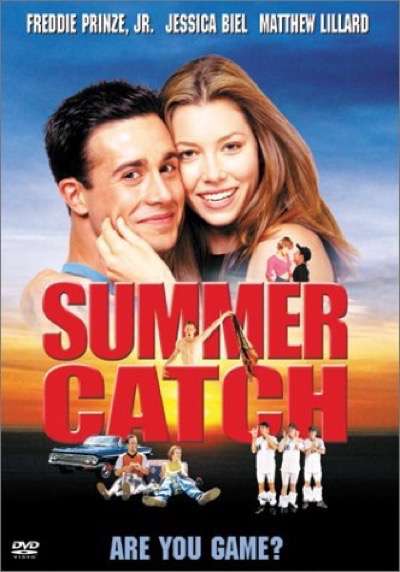 Now, it was slightly drizzling at the time, there was plenty of time before the signing began, and it was only me asking for a quick picture. Did he do it? No. His reply? “I’m about to do a whole lot of pictures inside.” Although I told him I was going but didn’t like the over the table photos, he ignored me and kept walking. Hmmph. OK. If I hadn’t met several other celebrities in the exact same location on their way to a signing (like Jason Priestley and Andrew McCarthy), I wouldn’t have thought twice about it, but I was still a little bummed.

His Q&A was fine, although he talked super fast and kind of rushed it. Still, he oozed personality. My friend Wayne was near the front of the line and asked if Freddie could come around the table (as he shares my disdain for the over the table photos), but Freddie told him that store policy prevented him from coming around the table (wow, he was really reaching with that one). As I’ve been to several other signings at that location where the authors were more than happy to come around the table, I know that’s not a true statement, but whatever. By the time Freddie got to us, he’d relaxed a bit and started coming around the table. And he was super friendly and cool, so I forgave him for refusing me outside. All in all, it was a fairly easy outing. 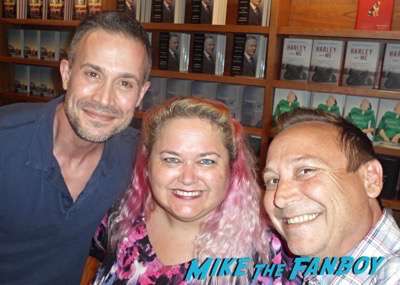 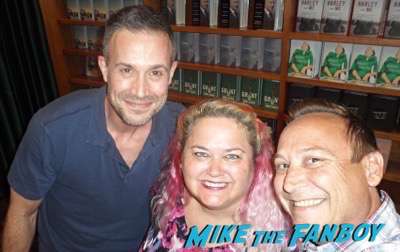 On a somber note, I’d be remiss if I didn’t express my shared sadness at the tragic early loss of Anton Yelchin. I’d met him several times over the years and he was as kind as he was talented. He will be missed. 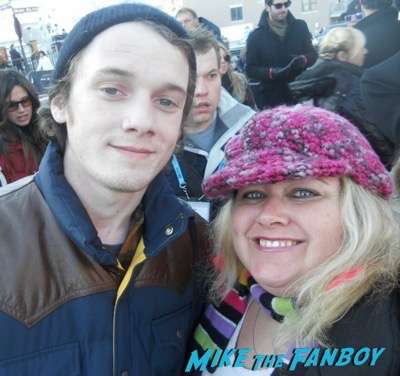