This past week Joss Whedon was out and about in Los Angeles promoting this latest opus Much Ado About Nothing. Now, I have been a huge Joss Whedon fan ever since Julie Benz turned into a vampire during the opening frames of The Buffy The Vampire Slayer series.

In fact, I remember watching the series during the first airing on The WB. I was watching my sister and a promo came on saying stay tuned for Buffy The Vampire Slayer. We both looked at each other and were like… “Wha…” We were curious and watched anyway and after Darla turned into a vampire, I was hooked.

Ever since then, I’ve watched pretty much everything Joss has put his hand to… Firefly, dollhouse, even Alien Resurrection.

I’ve met Joss a few times even once when he was just walking down the street. He’s always been nice and I was hoping that tonight would be no exception.

When I got to the theater Jack called and said he was on his way. There was only one other guy there waiting, so it wasn’t a mob scene. That’s aways nice.

I stated talking to the other guy who was there. He was nice, he said he was trying to get Joss to sign some of his Firefly photos for charity. I’m not sure if he was telling the truth or not but he seemed on the up and up.

Then I looked over and saw Joss Whedon walking down the street. He was on the phone and clearly in the middle of a conversation so we didn’t bother him. I texted Jack to tell him to get his butt over here, but he was getting cupcakes (can’t make that up) and delayed.

Joss was taking photos of the marquee with his name on it. I always find it funny when directors take photos of their names on the marquee. It’s so cute. Cameron Crowe did the same thing. 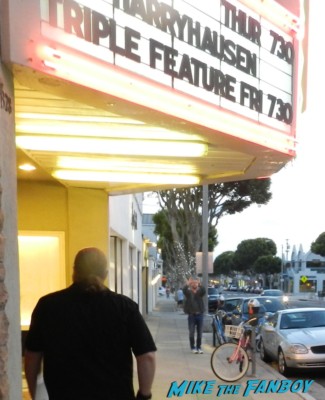 We asked Joss if he would like a photo of himself under the marquee and Joss said, “I like photos better when I’m not in them.” lol….

Then the people from the theater came out and took a photo of Joss under the marquee, then he was about to go inside. 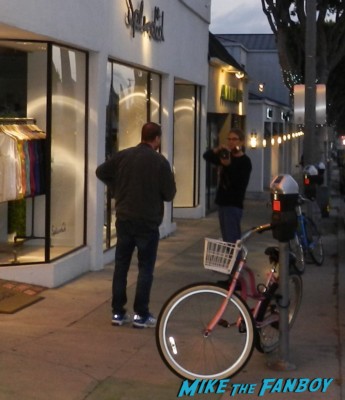 When we asked him to sign. Joss was like oh sure. I had my two Serenity mini posters out and Joss signed the first one and then I left the other guy get one. I didn’t realize he had a stack. 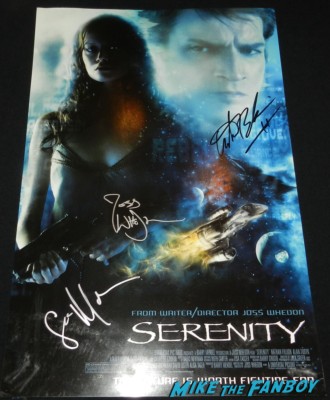 I pulled out my second poster and Joss signed that. I was hoping for a photo as well. The other guy told Joss that he was selling them for charity and gave Joss the name of the charity which I can’t remember Joss then said something like, “I’m really glad you said that, because I don’t like signing for dealers.”

I then thanked Joss for creating Buffy an fanned out like crazy. Why… Why I do that I have no idea. I told Joss, I was still sad that Anya died on the last episode of Buffy but other than that… I’m a huge fan. I thanked him a couple times and he said, “I’m very sorry about Anya.” lol… 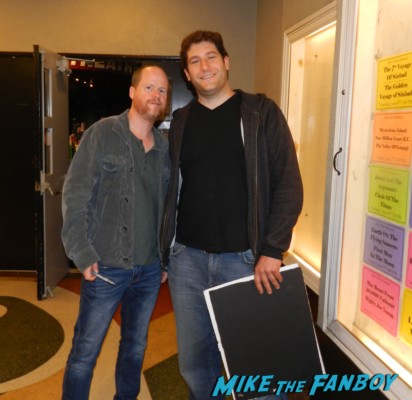 He was so nice and put up my fanning out. lol…

Jack did eventually get back and brought me a cupcake which was a nice treat. Sadly… He missed Joss.. But on the bright side those cupcakes where rockin! 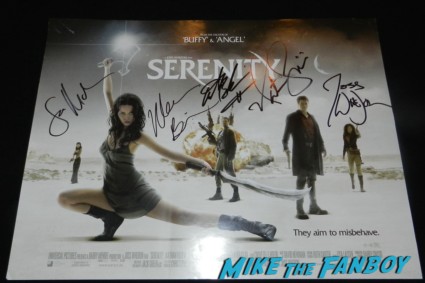