I can’t talk about certain people enough! And Since this is technically the end of Mary Louise Parker week, It’s only fitting we get a final blast of Nancy Botwin awesomeness!

For this weeks Manic Monday the luscious Ms. Pinky is talking about meeting the Fried Green Tomatoes star!

Hello, my lovelies. Pinky Lovejoy here a little frustrated with my lack of ability to download my pictures from this weekend’s Hollywood Show. My plan was to talk about one of the shows I “completed” this weekend by getting pictures with the remaining cast members from those shows, but, alas, the pictures are trapped for now. Blurgh.

Regardless, I was able to meet someone dazzling last week and Mikey had encouraged me to write about it. Since he already did, as well, I thought maybe we were overlapping, but I’m sure Mikey will agree that we can never give Mary-Louise Parker too much positive press. So, for today’s Manic Monday, we’ll be talking about Nancy Botwin herself, Mary-Louise Parker (did you hear that? It was Mikey squealing with joy). 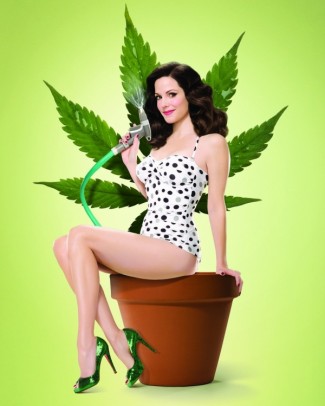 One of my favorite Mary-Louise Parker films has to be Fried Green Tomatoes. 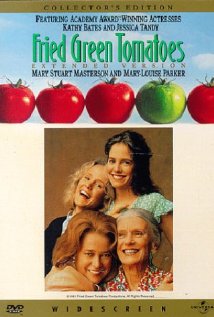 She was incredible in that film and I can watch it over and over again. Her onscreen friendship with “Idgie” was captivating and I loved everything about it. 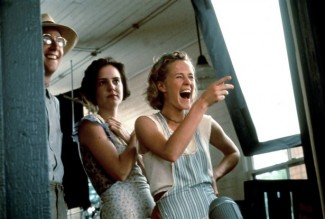 Years later, I grew to love her performance in Weeds and could never get enough. I’m so bummed that show is over. I loved it! 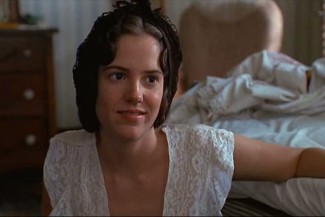 Mary-Louise Parker was on a talk show last week and I honestly wasn’t going to go. My plan for the day was to try for Charlie Day (see Suddenly Susan’s write up for that debacle…all of us missing him….waaaa waaaa….) and then head home, but Mikey strongly encouraged (read: begged) me to come to where he was and help him get his millionth (only a slight exaggeration) autograph from Mary-Louise Parker.

I told him that I wanted to go, but I already “had” her and his reply was, “Um, I’ve seen your picture with her and you don’t.” Ouch. Also, a wee bit true in that my original picture with her from the Benicio Del Toro premiere is a bit of a tragedy. I loved that she tried to pose, but it was on the move and the picture turned out a little blurry. 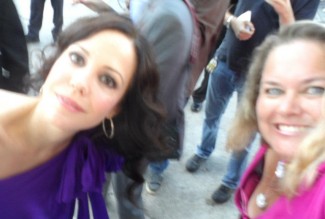 Still, I love her tilted head in it and always laugh when I see it. As Mikey shared in his write up, Mary-Louise was amazing to fans as usual and came over and took her time with each person in line. I not only got a great picture with her, but I was able to get her signature for Mikey. Score! I love when celebrities are kind and sweet. 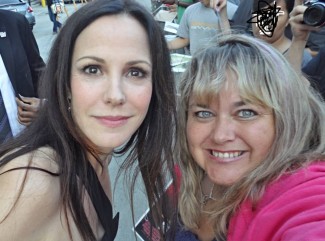