Home / Fanboying! / Michael Caine Goodness! The Youth Star Signs For A Lucky Few After His Q And A!

When it comes to legends, there’s very few like Michael Caine. He’s been working for decades and has been in come of the best films of all time.

From Dressed To Kill to Get Carter to Batman, he’s an icon.

I know a lot of people at least currently are fans of Michael Caine’s because of the Batman trilogy, but he’s been in so many amazing films.

Michael has been out in Los Angeles on the campaign trail for Youth, his new film.

I headed out to try and meet Michael Caine, and it’s definitely an interesting night.

I had my poster for Dressed To Kill, and I wasn’t sure if Michael Caine would drop in the front or in the back.

We saw a car in the front and it was Michael Caine’s car. He got out and wouldn’t take photos or sign. Doh!

He went right to the carpet.

There were about 20 of us and we waited for Michael Caine to leave.

Finally, the door opened and out came Michael Caine.

He started on the end and signed for about six people. 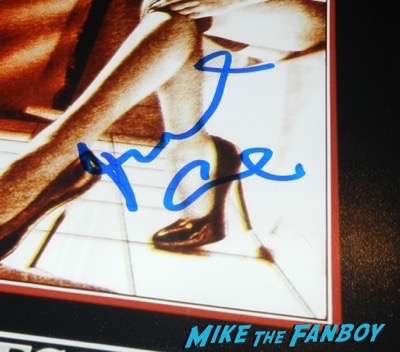 I was lucky because Michael Caine signed my Dressed to Kill poster last. I was so lucky that I was able to get one.

Until next time kids… Sorry for the lack of pics! 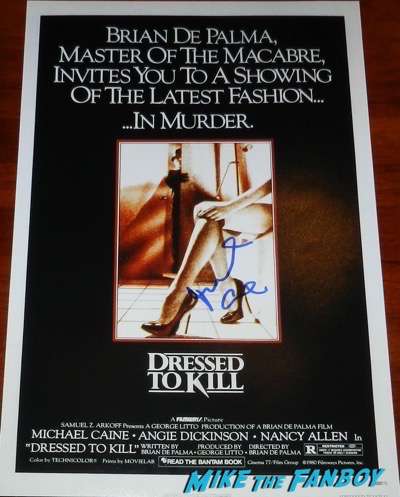