Oh Fridays… you bring such joy and hope for the weekend and then… There’s the Fanboy Fail.

I have to tell you… This one hurt… and who’s to blame? No one really. I mean, for this one, it was just a matter of timing, traffic and the president, along with a shooting.

Dexter star Michael C. Hall was out and about a few weeks ago. you might have seen the recap I did about the podcast I went to. Anyway, a few days before Michael was on a talk show and I thought, since he’s super cool and I have a 100 things for him to sign.

I left with plenty of time, however… Obstacle #1… President Obama was in town. Why… On the day I have to be somewhere does the president need to plant himself in Santa Monica? Why Lord? Why. For those of you not in the city of Los Angeles when the President comes into town for fundraising, traffic is gridlock. Ugh…

Obstacle #2… Some moron decides to shoot off a gun on a campus. I mean what the hell is wrong with people? I mean seriously? I have no words and clearly this is more important than me or anyone else meeting a celebrity. I’m noting it because it’s a sad comment on our times. And while this isn’t the forum for it… I’m going to say it… People put the fucking guns away. just because you have the right to carry them, doesn’t mean you should. 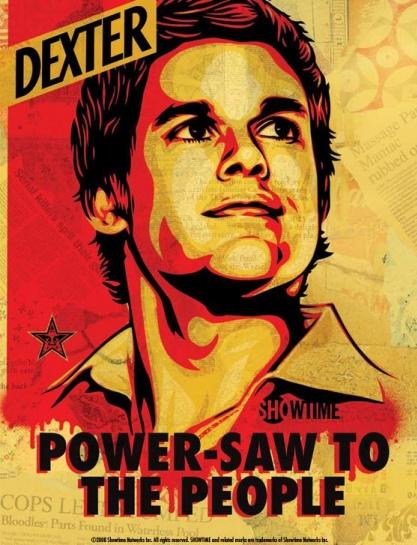 So, I’m battling traffic and calling Scotty and getting updates. It does seem like the world is conspiring against me here… What can you do right. It happens.

I’m trying to be zen about everything.

I finally make it, I get good parking and make it just as Michael C. Hall starts signing for everyone. Now normally, I would be fine. Join the end of the line. Sadly, security had Michael start at then end of the line. So, what could I do? I couldn’t run to the front of the line because it was closed off and I don’t want to be a douche, so I ran around to where Michael would leave and since he signed for everyone, he didn’t stop. Doh…

Ah well, just check this one off in the wrong time/wrong place file!