I always love hearing from Russell, because he gets some awesome people and it always seems so low key!

Russell headed down to the Napa Valley Film Festival to try and meet some people. They had a pretty good line up of people including Colin Farrell, Dianna Agron, Abigail Breslin, and a bunch more!

Check out part 1 of Russell’s recap from the festival below!

The 3rd Annual Napa Valley Film Festival took place last weekend and although still in its infant stage I think it’s a great place to hold a film festival. Movies, popcorn, and wine? What more can you ask for. 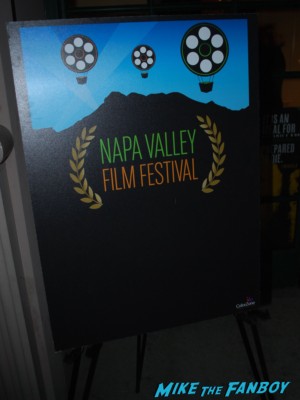 On the docket were the movies that all of us will be seeing over the next few months of Oscar hype including Saving Mr. Banks and August: Osage County. There were also some tributes that were to happen and the celebrities being honored were Colin Farrell, Dianna Agron, and Miles Teller. The one I was most excited about was Dianna Agron as I’ve been trying to complete this Glee poster from Comicon and needed 2 more of the cast in Agron and Mark Salling.

Last week we were able to meet Matt Morrison as he was doing a concert for the Always Dream Foundation for Kristi Yamaguchi in San Francisco and we happen to catch him during the sound check. 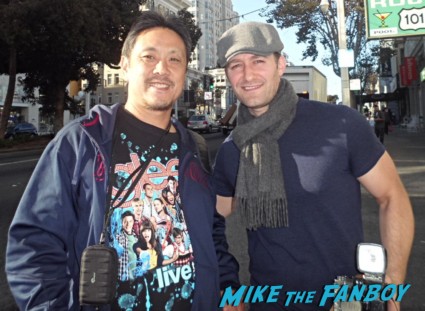 Pretty cool and low key and he was as nice as can be and one guy there had 5 things for him.

Wednesday was the start of the festival and opening night movie was “Saving Mr. Banks” and Colin Farrell and John Lee Hancock were supposed to be on hand to present. My son and I ventured down and it was pretty tame and no security with a little red carpet. Sure enough some SUV’s dropped off some people and first up was Abigail Breslin, Our Little Miss Sunshine and we were the only ones that asked her to sign anything so she signed a “Little Miss Sunshine Picture” and our “Enders Game” poster from Comicon. 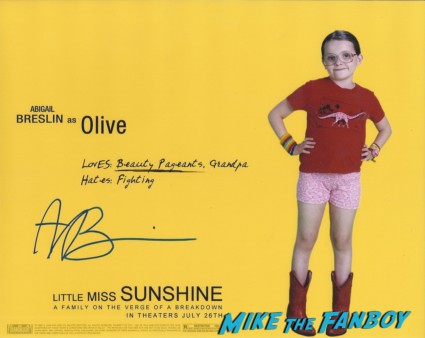 She even asked us who was on our poster already. 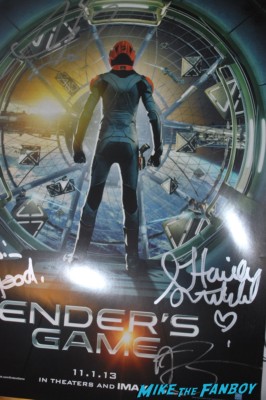 A few minutes later Ralph Macchio arrived and us 80’s kids love the original Karate Kid. He was really gracious and signed a whole bunch of photos as by this time the usual guys were here. 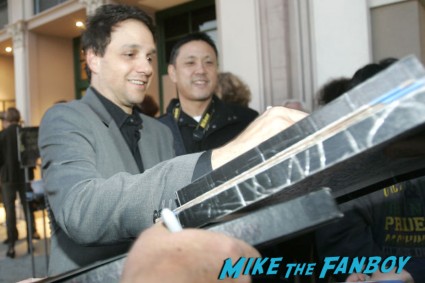 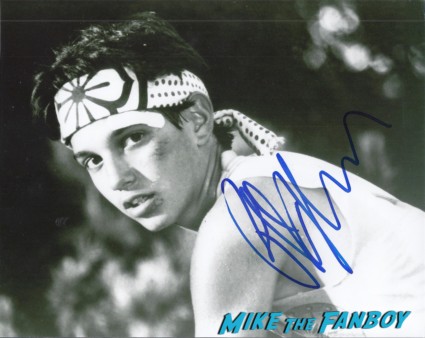 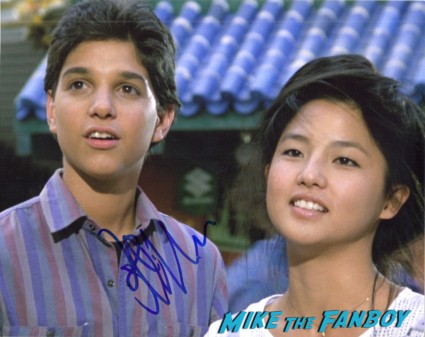 Finally Colin Farrell arrived and went immediately inside and didn’t stop at all. 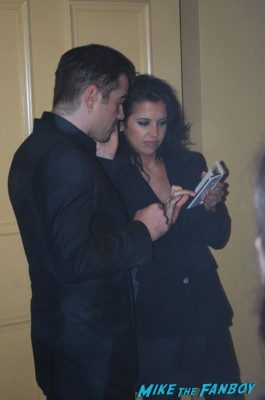 So everyone waited as he would probably go to dinner once he introduced the movie and come back and sure enough 20 minutes later he came out and signed up a bunch for people before his car came. 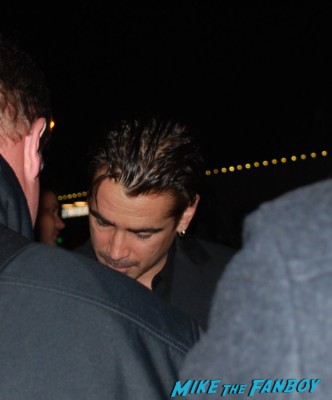 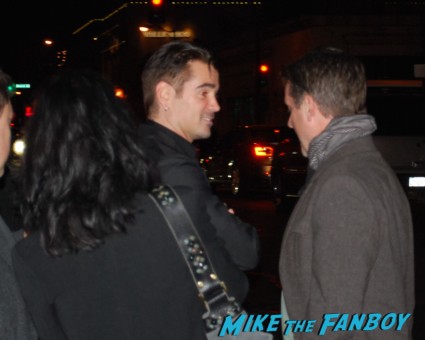 It was too chaotic to take pictures which was a bummer. 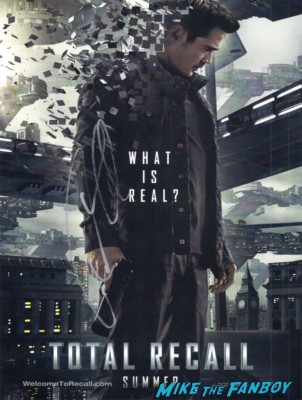 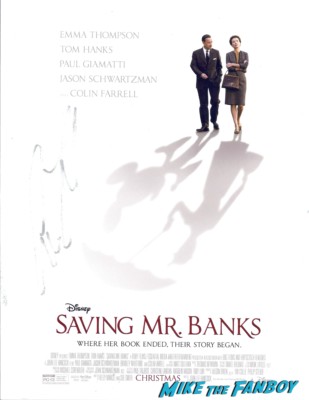