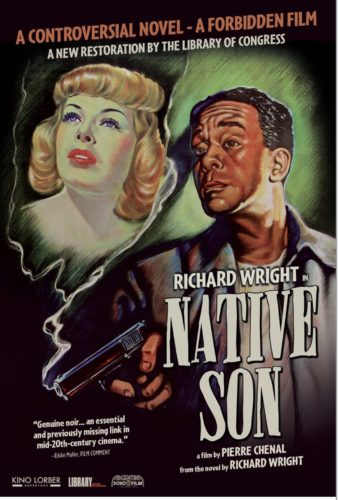 Portraying his own iconic literary character, Richard Wright’s wondrous and hypnotic powerful performance provides a ferocious film-noir gut-punch. For the first time in 70 years, the complete uncensored version and original adaptation of “Native Son” arrives in the US courtesy of Kino Lorber through Kino Marquee’s virtual cinemas.

Based on the controversial novel, “Native Son,” viewers witness the atrocities African Americans endure every day in urban surroundings and the constant injustices plaguing their community as depicted in the 1940s. Taking place in Chicago, Bigger Thomas (Richard Wright) hopes for a better life despite his impure thoughts and frequent moral dilemmas. Bigger becomes a chauffeur for a wealthy white family, The Daltons, after being hired through an agency to drive their highly political and free-spirited daughter, Mary Dalton (Jean Wallace). After accidentally killing Mary during one of her outrageous outbursts, Bigger tries to cover the crime up and hopes to escape his foolish mistake unharmed. 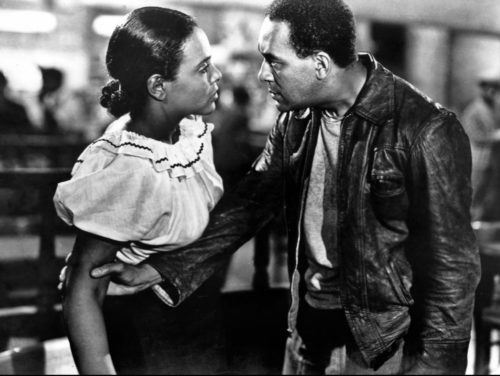 Richard Wright’s gripping, gritty landmark novel tackles a sore subject about racism in America, which is sadly true today, and fantastically focuses on what would/could happen under the worst of circumstances. This movie manages to capture the same sentiment with this novel adaptation and considering circumstances, “Native Son” is an absolutely effective attempt. Besieged and plagued with countless obstacles to film the movie, Argentina awaited Pierre Chenal’s adaptation with novelist Richard Wright wrangled up to play the title role.

Despite being over 40 portraying a 25-year-old, Wright works efficiently to capture the essence of his literary creation to American audiences. Unfortunately, his acting abilities are somehow a cross between James Baskett (“Song of the South”) meets Stepin Fetchit with glimmers of Juano Hernandez (think “Intruder in the Dust”). It’s over-the-top and caricatural with a simplistic, stereotypical demeanor bordering simultaneously on bad and brilliant. As a result, the casting of a different actor would’ve absolutely enhanced the film overall. However, failed attempts with Orson Welles, raising financing to maintain the story/structure with a controversial story (and primarily African American cast) and MGM infamously wanting to change the character completely (specifically to white), the only way for the film to be made was for Richard Wright to sacrifice his “acting” reputation. 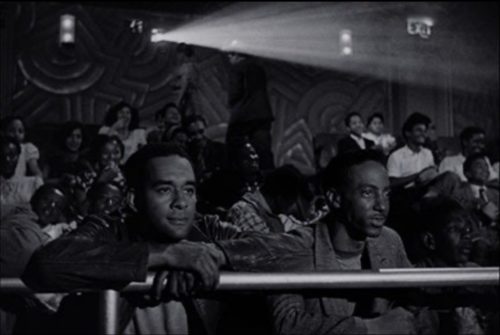 Overlooking Richard Wright’s acting, “Native Son” is simply essential viewing and a titillating time capsule of classic cinema. The film faithfully follows the novel’s plot, but does a disservice completely conveying Bigger’s emotions with Wright in the lead. A seasoned actor would’ve done wonders, something that has been seen in later editions with Victor Love (1986) and Ashton Sanders (2019). Every once in a while, the film fantastically focuses on the horrors depicted in the novel with the subtly of racism, the casual comments about reporting and the constant condescending remarks, especially with the female characters.  It might not be the best representation of the novel, but it certainly challenges viewers to assess how violence is fueled by racism. Thanks to Kino Lorber once again, film fans everywhere are allowed to appreciate another bit of classic cinema in the 21st Century with a remarkable restoration. Before the film, there is an amazing introduction by film historians Eddie Muller (Film Noir Foundation) and Jacqueline Najima Stewart (co-curator of Kino Lorber’s PIONEERS OF AFRICAN AMERICAN CINEMA), which I strongly recommend watching beforehand.

Opening in Virtual Cinemas on September 25th through Kino Marquee