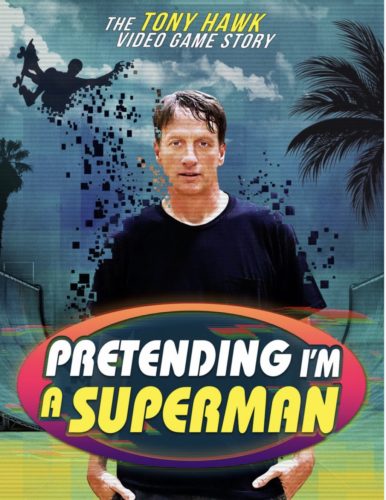 Certain celebrities transcend the entertainment world and astonishing athletes transform the world with the mere mention of their name. Tony Hawk’s influence is undeniable and from a video game, “Tony Hawk’s Pro Skater,” multiple generations of gamers and skateboarders were born. Ludvig Gür’s delightful documentary “Pretending I’m A Superman” helps shed light not on just an iconic videogame series, but how skateboarding swung back into mainstream culture.

In 1999, “Tony Hawk’s Pro Skater” shook the videogame world and inspired two generations (Y-Millennials and Z- iGen) to take up skateboarding. After selling 9 million copies, the skateboarding scene and the videogame landscape was forever changed. “Pretending I’m A Superman” tells the larger than life true story of how a clean cut vert skater, Tony Hawk, turned video game mogul with a small passionate group reigniting skateboarding culture with one of the most addicting and amazing videogames of all time. Featuring interviews with Tony Hawk, Steve Caballero, Rodney Mullen, Chad Muska, Jamie Thomas, Walter Day and more, “Pretending I’m A Superman” chronicles the unbelievable rise and transcendence of a fading skateboarding star who transformed not only his career, but his entire sport and made skateboarding cool once again. 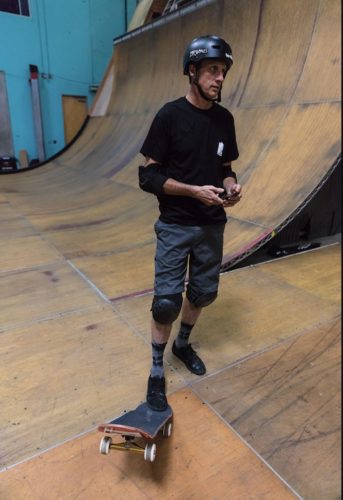 “Pretending I’m A Superman” is pure nostalgia nirvana. As soon as Goldfinger’s signature song “Superman” comes on (the ska song with the trumpets), it’s hard not to crack a big smile. For hardcore skaters and wannabe suburban skater kids like me, “Tony Hawk Pro Skater” transformed the way we looked at skateboarding and what was possible. Not only could an uncoordinated kid and an experienced skater both sit down together, but anyone could literally pick up a controller and easily immerse themselves into the culture. Skateboarding took on a new life thanks to “Tony Hawk’s Pro Skater” and I’m gladly it’s finally being recognized.

Considering the videogame series has grossed $1.4 billion and a new reboot is on the way in September, Ludvig Gür graciously captures the history of an iconic videogame and its immense impact. Thanks to a simple skateboarding videogame, the sport skyrocketed it into another stratosphere and made millions of fans overnight. The sensational style made it extremely easy and accessible to all walks of life. Not only were people exposed to skateboarding, but also an amazing eclectic group of songs and musicians with many “underground” and underappreciated bands being introduced to a new legion of fans. 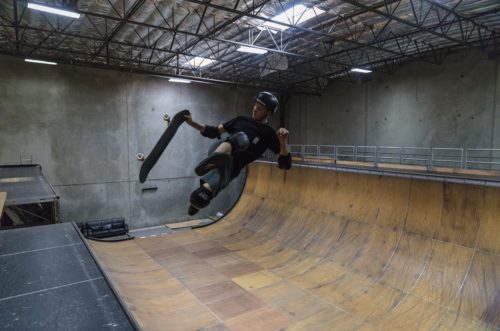 “Pretending I’m A Superman” is very much like playing the videogame series, it’s extremely addicting at first yet eventually becomes tiresome with its “repetitive soundtrack.” Although I’m shocked at the willingness to hear from all of the amazing skaters, including two of my favorites Chad Muska and Jamie Thomas, I’m disappointed by the lack of fan interactions and electric enthusiasm needed to fully recapture the true significance of the videogame. Unless you’re obsessed about the sport and/or the videogame series, the overall quality of the interviews are fairly lackluster. The interviews range from the good, the bad and the ugly, but it depends on how excited you’re about the subject matter. Nonetheless, assembling a group of these terrific talking heads (especially with every iconic skater featured in the videogame series) is an awesome examination about the cultural impact of “Tony Hawk Pro Skater.”

Tony Hawk has become synonymous with skating and it’s crazy to imagine what life was like before playing the videogame. Thanks to the videogame I can proudly say I was introduced to bands like Dead Kennedys, Motörhead, Primus, Suicidal Tendencies, The Vandals and more. Unfortunately, the film barely scratches the surface on the soundtrack and does a fairly cursory examination, which is hit and miss with landing the right mood. Unlike “Dogtown and Z Boys,” “Skate Kitchen” and “Dumb: The Story of Big Brother,” this is one documentary only for the truly obsessed. “Pretending I’m A Superman” is a fun film to catch up on memory lane and relive childhood for 80 minutes.

“Pretending I’m A Superman” will be available starting August 18th on Video On Demand.