Love…. Love will tear us apart!

Sigh… I am a huge New Order and Joy Division fan. I’m not like Scotty, lol… He’s a bigger fan but their music is most definitely included in the soundtrack of my life.

After Scotty met New Order before their show at the Greek theater here in Los Angeles all he needed was Peter Hook to finish all the albums he got signed. As luck would have it, Peter Hook was doing a book signing! Score!

As you may remember, I am a huge New Order fan. I went to their show in October and was able to meet the band. I had them sign two albums and got photos with each of them. Unfortunately, not all members were touring with the group. Peter Hook was absent from the line up due to differences with the other members. I was told by another fan that Peter had released a new book, Unknown Pleasures: Inside Joy Division, and would be signing it in Los Angeles. Thanks Devon!

I made my way to the bookstore early, as I wanted a prime spot for the Q & A or be first in line. I was unsure of the setup and event. I arrived and there were a couple of other fans already waiting. After a while, they moved the fixtures in the store for the event. I snagged a spot in the front. 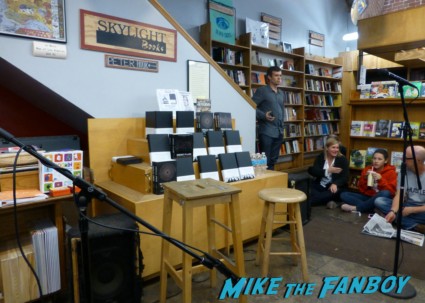 The event finally began and Peter was asked a number of interesting questions. I was sad to hear why he was not with New Order anymore and of the uncertainty of ever getting back together. I was excited to hear all the stories of how Joy Division was formed and how the band continued on after Ian Curtis’ death. 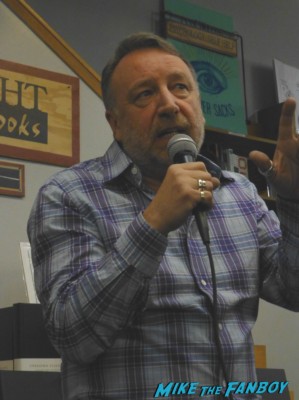 As the Q & A progressed, we were all startled by a light fixture, which fell and broke over a few patrons’ heads. 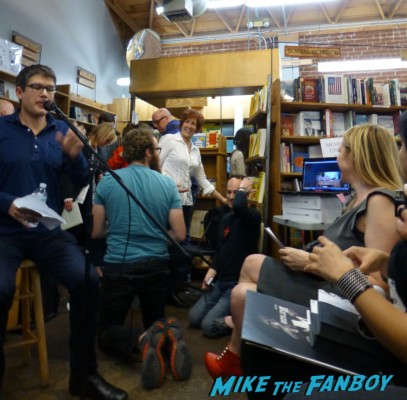 Thank goodness no one was hurt. After the accident, Peter said that Ian was there with us. 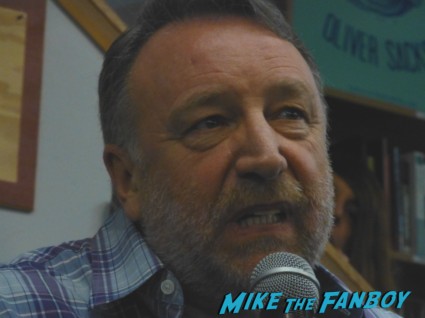 Peter said there would probably be a couple of more surprises from Ian during the event. 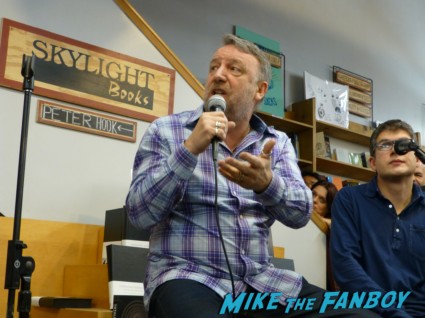 Sure enough, something else fell from another spot in the store. Coincidence? 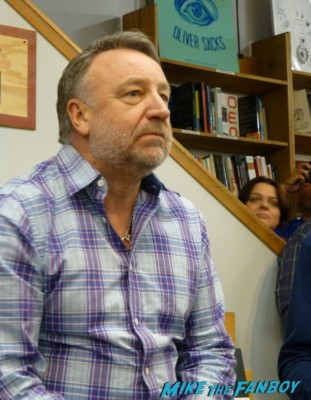 After the Q & A, we were instructed to line up in order by the numbers on the tickets stapled our receipts. I was number 90. I thought that was going to be really far from the front, until I heard some other people talking about their numbers. 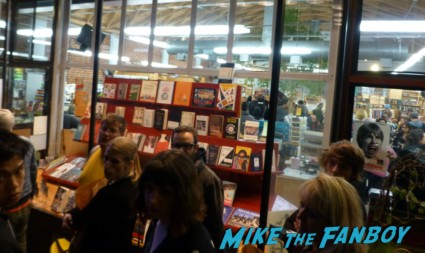 Some people were going to be a hundred places behind me. We were told Peter would sign the book, three personal items, and take a photo. AMAZING! 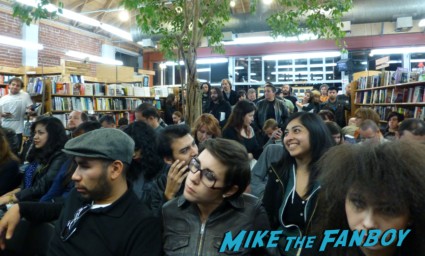 That is unheard of for a signing. Peter met with fans, signed, and took photos. 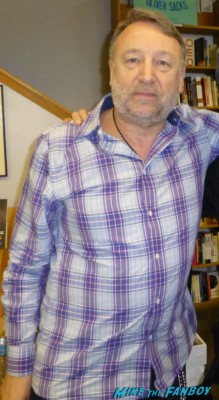 He was SO FRIENDLY! The line moved pretty quickly considering he was really taking his time to give a special moment to every fan that he greeted. Peter signed my book, my two albums I got signed by the rest of New Order, my “Touched By The Hand of God” 12”, and took a picture with me. 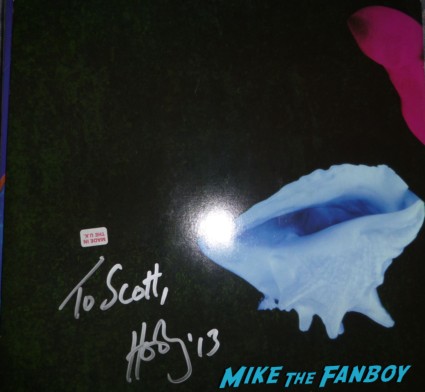 It was an AWESOME evening. Thank you to Peter and Skylight books for a great night I will never forget! 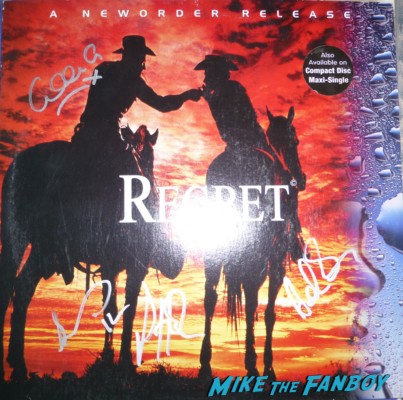 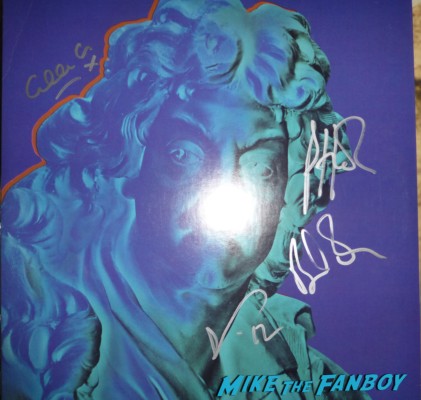