Just as they did with Cars, Walt Disney/Pixar has turned mechanical ordinary objects and given them a world of their own. The Planes series has been given another chapter with Planes: Fire & Rescue. Just like with Cars 2, the second chapter in the Planes series takes a departure from the original. 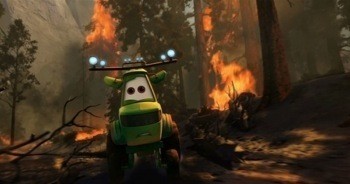 In Planes: Fire & Rescue, Dusty (Dane Cook) is back and going through some hard times. He learns that his engine has been damaged and it’s probable that he will not race again. So what does a good plane to do? Dusty decides to join up with an old veteran helicopter named Blade Ranger (Ed Harris) and be a part of the fire and rescue team.

Blade Ranger is a part of the crew of firefighting aircraft who are devoted to protecting the historic Piston Peak National Park. The team also includes air tanker Dipper (Julie Bowen), transport Cabbie (Dale Dye), a heavy lift helicopter Windlifter (Wes Studi) along with a team of all terrain vehicles called the Smokejumpers. 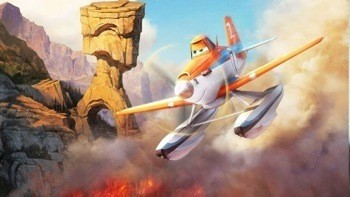 The team has to band together to face a large wildfire that threatens Piston Peak. It’s time for Dusty to join a new team and learn what it means to be a real hero. Bravery isn’t easy and being a hero even harder, so it’s a great theme for any animated film to explore. 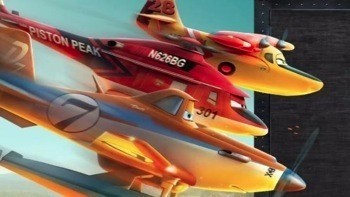 The one nice thing about Planes: Fire & Rescue, is that when it comes to plot, it’s a completely different film than the first. So many movie sequels just rehash what has come before, and by putting Dusty with a new team and a real-life disaster is a great choice. 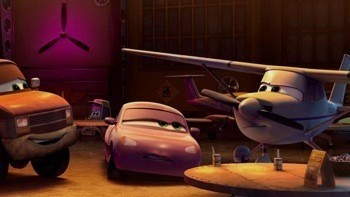 I think that Planes: Fire & Rescue, really is better on the small screen than in theaters. The entire film, while having it’s heart in the right place, just never achieves the epic feel of the best Pixar or Disney classics. The writing isn’t as strong as in other Disney animated films as well. There are several clunky lines and the voice cast, while trying hard to elevate the material never quite succeeds at it. 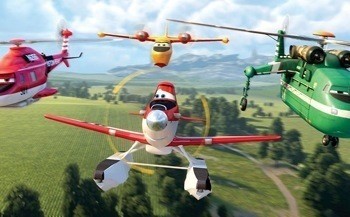 That’s not to say the cast didn’t do a great job. Julie Bowen and Hal Holbrook especially lend a nice gravitas to their roles. Dane Cook once again is fine as Dusty, and he does a better job at the more emotional moments than one might expect. 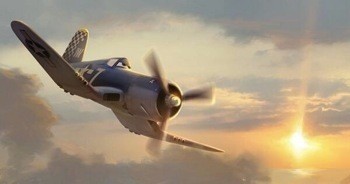 When it comes to picture quality, on blu-ray Planes: Fire & Rescue excels. The colors pop and like with any high flying adventure, the quality of the picture can make or break the film. The picture is clean with little gain, clean edges and fine detail.

Like most Disney blu-ray releases this one has a bunch of fun special features.

There are three animated shorts, Vitaminamulch: Air Spectacular, Dipper and Smoke Jumpers. The last two are very short but the Vitaminamulch short is fun clip.

Air Attack: Firefighters from the Sky is another small short that takes a look at the heroes who inspired the characters in the film. There are also deleted scenes, a small Piston Peak travel promo, a promo for CHoPs, and a Music Video as well. 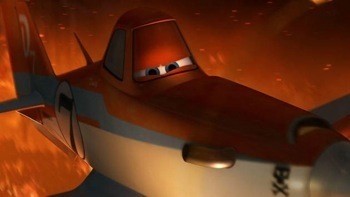 Overall, while I enjoyed Planes: Fire & Rescue, it’s hard not to compare any film in the Walt Disney family with their classic films. It’s in this space where Planes: Fire & Rescue falls short. Still, younger viewers will enjoy the adventures of Dusty and the gang. Plus, it has a good message that will resonate with kids of all ages.

Planes: Fire & Rescue is out Nov. 4th on DVD and blu-ray! 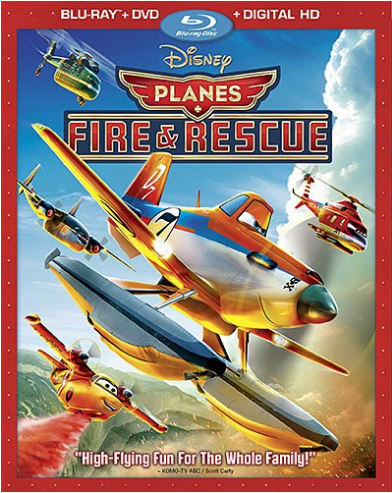