While at NYCC 2013 Erica had a chance to sit down with the cast and creators of the new CW series Reign. It premiere’s October 17th and features a bevy of costumed awesomeness!

Check out Erica’s interview with the cast below!

Welcome to a special edition of TV Heartbeat! We’ve lots of news to share from New York Comic Con and will be doing a series of posts on new shows. First up: Reign from the CW.

This Thursday Reign marks the start of Mary, Queen of Scots rule on The CW. I sat down with the executive producer Laurie McCarthy, Adelaide Kane (Mary Stuart), Toby Regbo (Prince Francis) and Torrance Coombs (Sebastian “Bash”) to learn a little bit more about this unique take on history. 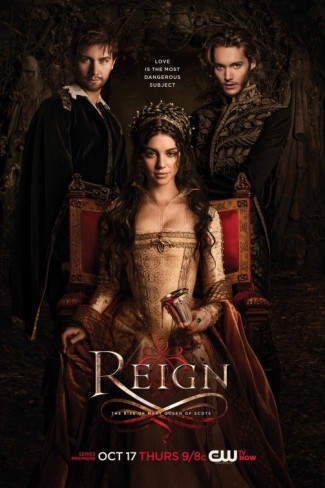 The first thing you should know is that Reign is very different from other historical dramas since the show is NOT a faithful telling of history.

Laurie: It’s a fantastical re-imagining of Mary, Queen of Scots. It’s a blended tone of political intrigue and romance and a little historical drama and some horror elements as well…It’s a show about a girl trying to protect herself, her country and her friends. There’s a high romantic quotient.

Laurie lays down some of the ground rules for the show:

Laurie: We don’t contradict the real events of her life, but come up with events that could have taken place in between the pages of history. Elizabeth Tudor is waiting in the wings. Nostradamus, Catherine di Medici are all at court. 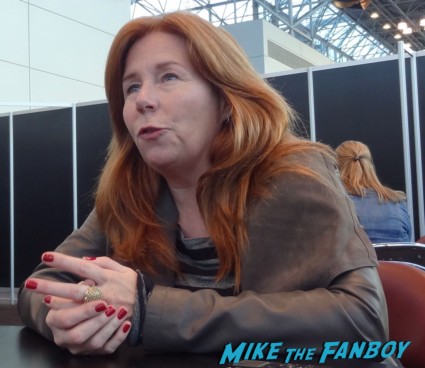 While many people are most familiar with Mary Stuart as one of Elizabeth I’s rivals, Reign takes place during Mary’s remarkably complicated teenage years.

Laurie: She was crowned at 6 days old and engaged at 6 months old. By the time she was 6 years old, she’d been engaged 3 times and she’d been shipped off to France. I love the notion of a girl without a country whose entire life is devoted to her country… I love that you know that it’s going to end badly for her. And she marries a lot. She has terrible taste in men… She’s drawn to the wrong guy.

Adelaide: I really related to her and her sense of being out of place. I sort of understood her at a certain level. She’s more determined and the stakes are so high. She holds herself to a high standard. At the same time, she’s a very compassionate character. She’s stubborn and short-tempered and impulsive and can be naïve to the point of stupidity, but I like that – she’s flawed. She’s a real person. 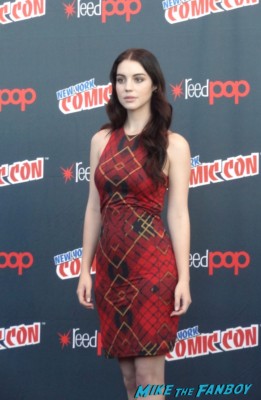 As a teenager, guys are a big part of Mary’s life especially since her love life has huge political implications. Although she is engaged to Prince Francis, the future King of France, she is also drawn to Sebastian “Bash.”

Toby: I [Prince Francis] am duty-minded. I know that one day I will have to rule a country. I know that the engagement can broken off at any time and we don’t know when we are going to get married so, for me, I’m trying to keep her at arms length and not get emotionally involved with her. For her, Bash is a relief. He’s maverick. He has a bit more fun than I do.

Torrance: Neither of us [Bash and Mary] belongs at French court. I don’t belong there. I’m there by the good graces of my father, but I don’t have a position. I think she feels she can confide in me and we have an easy relationship that way.

Toby: I’m so annoyingly complicated. I can’t be simple –

Laurie: What if those 2 people loved each other [Mary and Francis], but for a time, the future King of France didn’t think it was the right thing for his country? What if he looks at her and sees Afghanistan in a dress? That she would cost his country enormous blood shed? 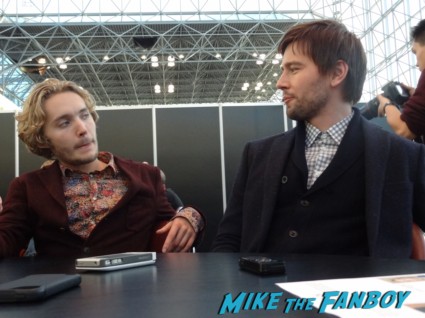 After 3 engagements by the time she was 6 months old, you didn’t think her teen years would be any easier, did you?

Along with the loose adherence to historic events, the costumes are also not strictly period. They’re an intriguing blend of period and modern.

Adelaide: It’s nice to be a lady for once, instead of kicking the crap out of people and being thrown against walls [from her Teen Wolf days]. It’s been great.

Adelaide: The costumes inform the character. We have corsets and heels and have a modern take on the wardrobing. The costuming is an integral part of building the characters we play on the show.

Torrance: There’s something about the costumes. Gives you a bit of a manly stance, a gait.

Toby: I’m told to lead with the hips and point your thumbs outwards. In reality, you probably just look like the Fonz. 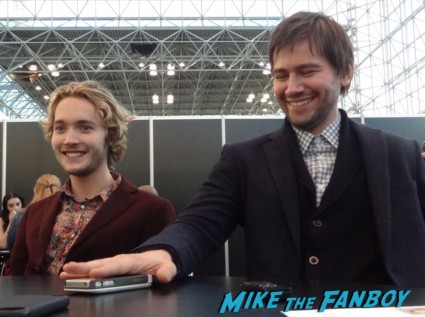 While I don’t think the Fonz will actually be appearing in the show, Nostradamus and his eerie prophecies do have a place in the show which adds some additional undercurrents.

Laurie: The superstitions of the time lend to the horror element of the show. There’s a barbarism of the times that balances the incredibly privileged lives of these people.

Toby: It gets dark. It gets very dark. 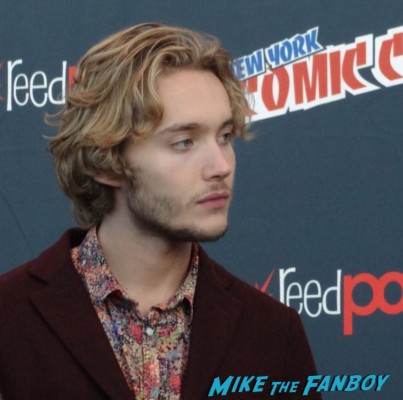 Intrigued? Tune into the CW on Thursday to see Mary begin her Reign. 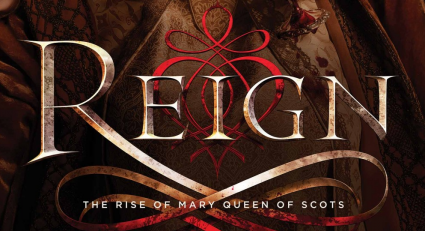