Home / RIP • Star Trek / RIP Leonard Nimoy! The Film And Television Star Passed Away Today At The Age Of 83!

It’s such a sad day. Television and film legend Leonard Nimoy has passed away at the age of 83.

Leonard Nimoy was in several films and television series but will be most fondly remembered for his role as Spock in Star Trek. 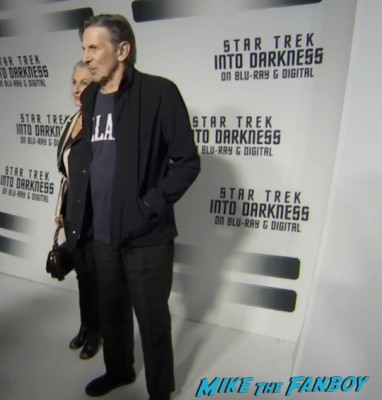 I have been a Star Trek fan since I was a kid. My parents were huge sci-fi fans and got me into the series at a young age.

I don’t think anyone else could have played the role quite like him. It was really a perfect match.

I was fortunate to meet Mr. Nimoy at a random encounter with Erica back in 2009. He was a guest at Chris Pine’s play, ironically it was the day Michael Jackson passed away.

This is sort of how that encounter went.

“Erica hits me in the arm. She’s goes, “Mike… That’s Leonard Nimoy.” At this point everything stops. I’m quite shocked… I don’t know what’s happening. Erica, who I think is now fearless goes up and talks to Mr. Nimoy and the other people in their party. They were asking about Michael Jackson and what happened while they were in the play. Watching this interaction was like watching Spock get the prefix code for the Reliant in Star Trek II. All in slow motion.

I’m finally coming to and join Erica. She asks Mr. Nimoy for an autograph, and he signs her poster and mine as well. Of course I didn’t bring the poster with everyone else on it, so now I have to start all over again with this cast… grrr I then ask Mr. Nimoy for a photo, and again I’m in and out of conscious thought. He was nice enough to pose for a pic with me as well. Of course the picture is a bit blurry. Sigh… It’s still good though.” 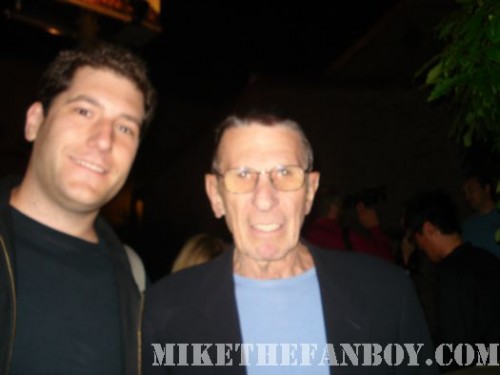 The last time I saw Mr. Nimoy was in 2013 and he was so nice. Sadly the rain poured down and ruined the autograph on my Mego figure. Ugh… It bothers me even more today. I hate it when people hand over a cheap pen. 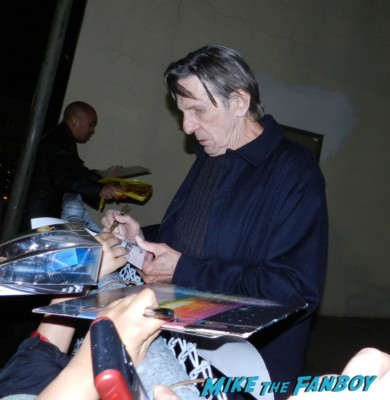 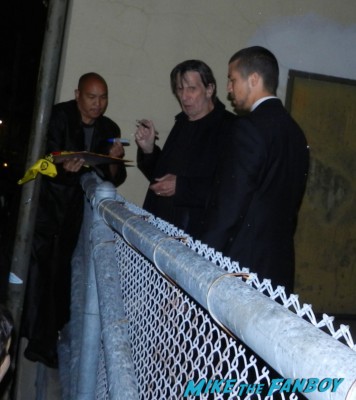 Still, the encounter was wonderful and it will be a memory I hold now that we have to say goodbye to Mr. Nimoy.

RIP Mr. Nimoy Live Long and Prosper in this life and the next. You will be missed.