Schitt’s Creek is a Canadian sitcom that is also on the Pop Network as well. It was just announced that a third season was ordered of the series. It stars SCTV veterans Eugene Levy and Catherine O’Hara who were also both in Best in Show, Waiting for Guffman, and more. 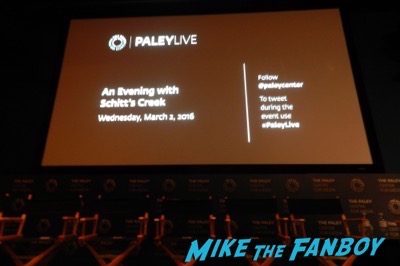 The series itself is an over the top lark that you really need to check out. Both Catherine O’Hara and Eugene Levy are hysterical.

The Paley Center hosted a q and a with the cast including Daniel Levy, Catherine O’Hara, Eugene Levy, Annie Murphy, Emily Hampshire, and Jennifer Robertson. 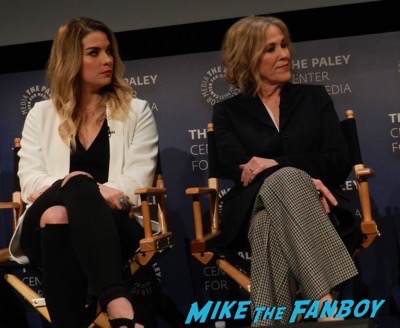 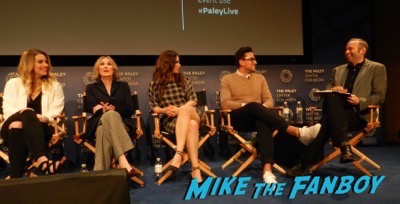 The q and a was a lot of fun in spite of the very stuffy auditorium.

Catherine O’Hara was clearly having a lot of fun and in a great mood. The cast clearly was having a blast together. 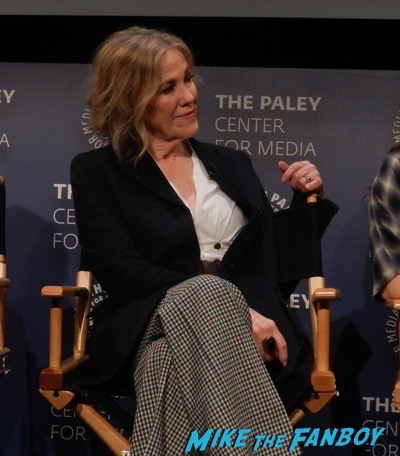 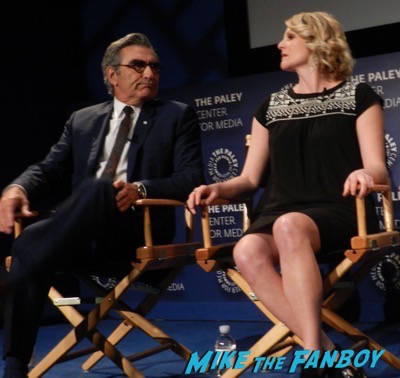 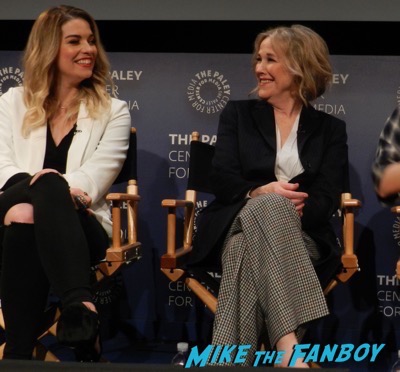 Eugene Levy who is one of the producers on the show talked about working with his son Daniel who created the series. They had a great chemistry and you can tell they have been enjoying working together on the series. 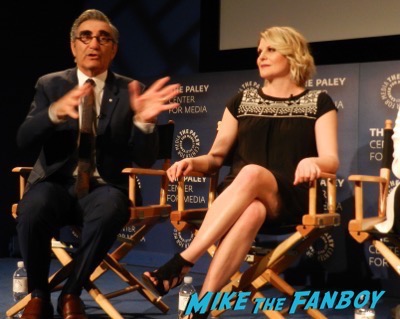 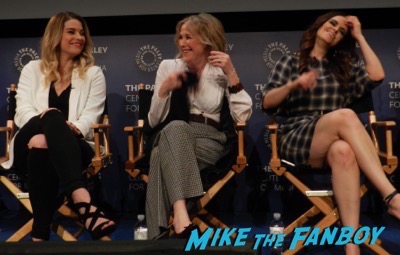 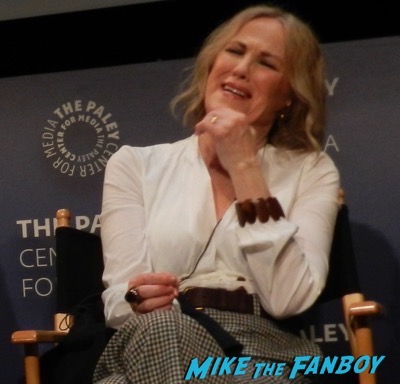 Eugene mentioned that Catherine O’Hara originally didn’t sign on for the series, but did the pilot as a favor and then joined the series after enjoying the character.

One funny story told was Eugene Levy mentioned that during the filming of the sizzle reel he and Daniel Levy, his son, were doing the scene and Eugene felt like while Daniel was doing great work no one could hear him. So he said, “Daniel, you’re doing great work, now let’s let people hear it.” It was very funny. 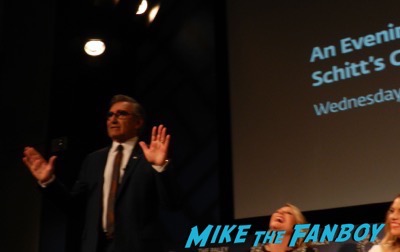 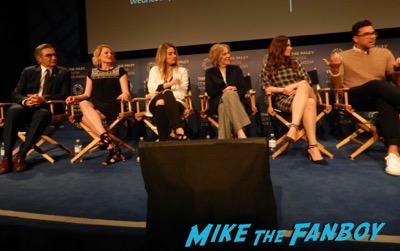 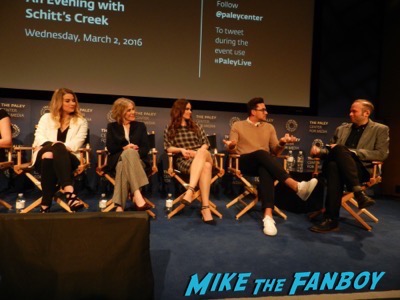 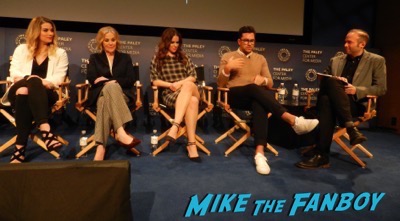 After the panel, I asked Catherine O’Hara if she would mind signing. She was very sweet actually and signed my Best in Show and Waiting for Guffman mini posters. I was pretty happy.

Then I went to Eugene Levy and got both of those posters signed by him as well.

Catherine O’ Hara was still there so I got her on my A Nightmare Before Christmas mini poster. She said, “Wait a minute, I signed for you! You stinker!” She was being very playful and signed that poster for me as well.

I went to Eugene Levy and had him sign my A Mighty Wind concert poster and I ended up getting a crazy looking photo with him as well. 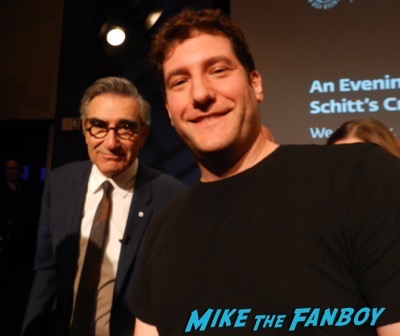 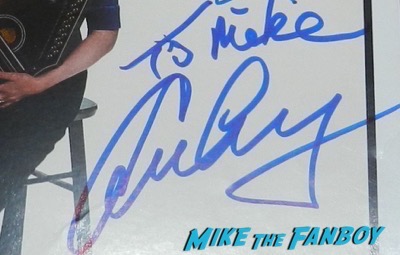 Overall, it was a wonderful night. I had a blast! 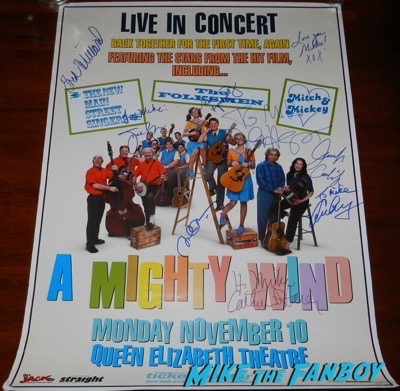 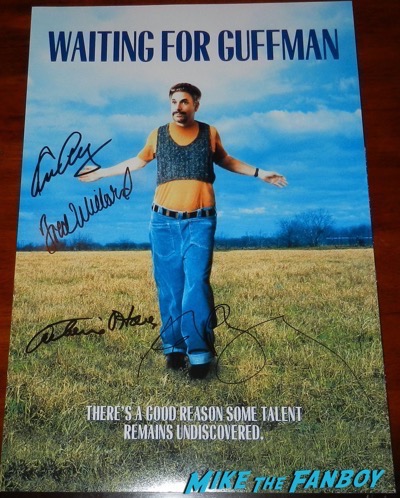 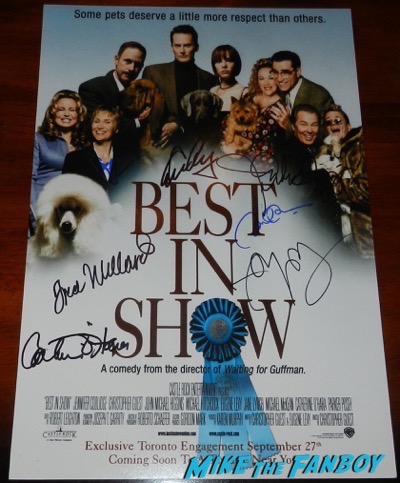 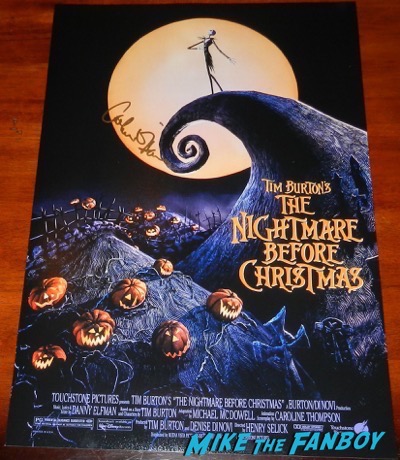