NECA has released three of their San Diego Comic Con exclusive figure sets and they are pretty damn awesome! Seriously, what am I going to do this year with all this awesome stuff to buy. It’s a pain in the butt! LOL… Too much awesomeness to deal with.

The first set NECA has is Kick Ass 2. The sweet thing is that these are the uncensored versions. From the press release. 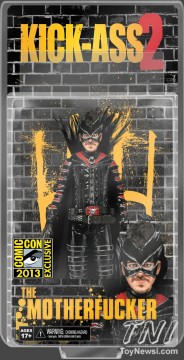 NECA’s Kick Ass 2 Series 1 action figures will hit retail shelves this August but they will be branded in a “PG” manner safe for the masses. “KA2” will be the title on the packaging and the character names will be sanitized accordingly – KA and MF’er for example. 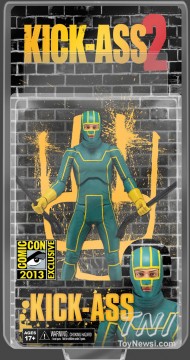 However at SDCC you will be able to purchase all three of the Series 1 figures first and most importantly in “R” Rated Uncensored Packaging. Sold as a set of all three individually packaged figures, Kick Ass, Hit Girl and The Motherfucker will be available at the NECA booth for $75 for the set. 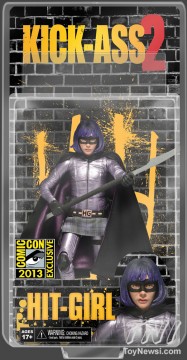 Please note that the actual figures and accessories contained within will be the same as the retail releases, but the “R” Rated Explicit packaging will only be available at SDCC. The set of three is $75.00

The second figure is the albino predator!

Continuing in the tradition of the Big Red Predator from Predators Series 7, the Albino Predator SDCC Exclusive Action Figure comes to us from a fan film. Originally seen in Alien vs. Predator: Dead End, the Albino Predator now gets a much-deserved new interpretation as a special treat for fans headed to San Diego! 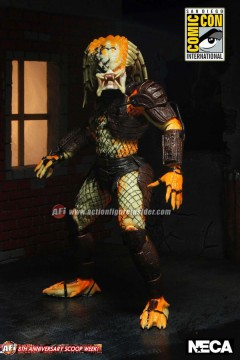 As seen in the classic fan film Dead End, the Albino Predator features more than 25 points of articulation, including ball-jointed hips and double knee joints.

Complete with exclusive albino paint and tribal deco, the Albino Predator is a one-of-a-kind and not to be missed at San Diego Comic-Con 2013! This retails for $25.00

The final figure is NECA’s Friday the 13th Jason (1989 Video Game Appearance) Comic-Con Exclusive. It will be a fully articulated 7-inch figure done up in that truly horrifying video game deco. 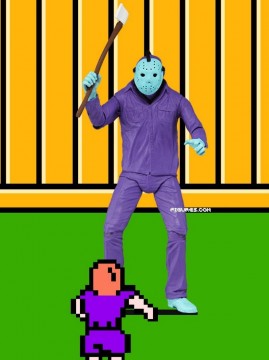 Better yet is Jason’s glow-in-the-dark features. Jason’s mask, hands, and feet will glow a soft blue, while his included machete blade and axe head will glow white. 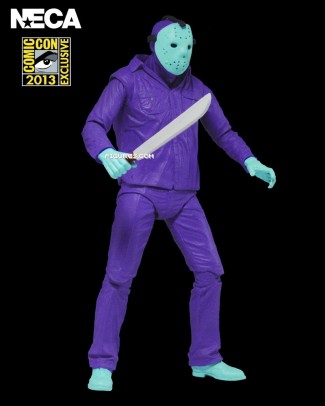 This comic-Con exclusive will come in a special window box packaging with opening flap to re-create the look and feel of the classic 1989 Friday the 13th video game packaging.

This exciting exclusive will be priced at $25. 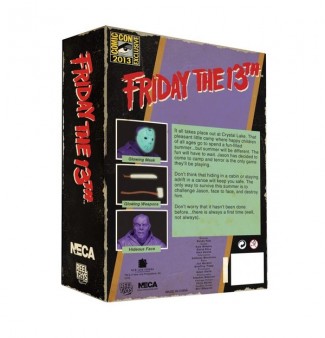 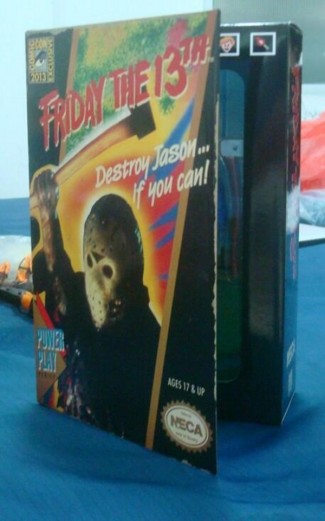