Here we are, face to face… A couple of Silver Spoons… Hoping to find, we’re two of a kind!

Sorry, I had to do it! Silver Spoons was one of my favorite shows growing up. It was one of those awesome television shows that could only have come out in the 1980s!

Epic-ness… Pinky of course loves the show, it’s her fav!

Check out her recap of meeting the stars of the series!

Hello, my lovelies. Pinky Lovejoy-Coogan here thinking about favorites. Growing up, it’s no secret that my favorite show was Silver Spoons, as it starred my favorite teen idol at the time, Ricky Schroder. 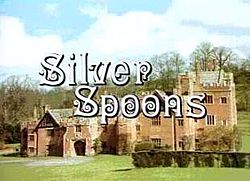 In my world, there were very few things cooler than Silver Spoons, as it had everything one could want – a lifesize train they rode around, arcade sized video games, a race car bed, and… 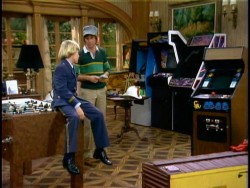 best of all, Ricky Schroder (I mentioned he was the love of my young life, right?). 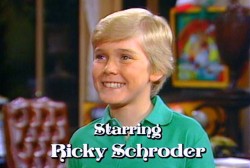 In addition to Ricky, the show featured Jason Bateman for the first two seasons, Alfonso Ribeiro for the third through fifth seasons, and a myriad of other actors as guest stars, including Ami Dolenz (Micky Dolenz’s daughter), Bradley Gregg (who went on to marry Ricky’s sister, Dawn, in real life) and, my favorite guest star of all, my husband, Keith Coogan (!). 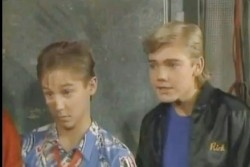 Yes, in case you’re wondering, I am going to mention anytime he guest starred on any of the shows I feature in my column. That’s a wife’s right, right? 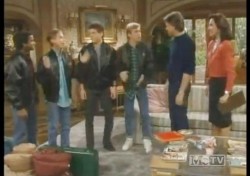 I actually had no idea Keith had guest starred on the show as a member of Ricky’s band until Keith showed me the episode. How did I not know about this, especially when there was a time that my entire world revolved around what Ricky Schroder had for breakfast (please note: I never actually knew what he ate for breakfast, I was just trying to be funny). 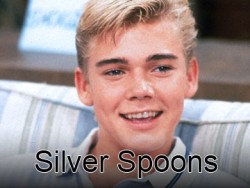 Over the years I’ve had the opportunity to meet not only Ricky,

and, of course, Keith. Hopefully someday they’ll have a Silver Spoons reunion at the Hollywood Show so I can get my Silver Spoons lunchbox (thanks, Mikey!) signed by Ricky, as well as meeting Joel Higgins and Erin Gray who played Edward and Kate, respectively, on the show. I would love to meet them! 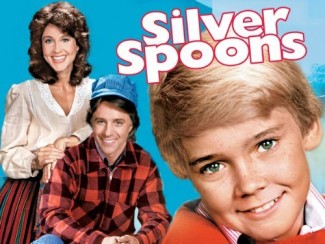 If you’ve never had a chance to check out this show, it’s a lot of fun. Season One is available for purchase on DVD and hopefully the rest will follow suit. For additional pink fodder, please visit www.pinkylovejoy.com or follow me on Twitter @pinkylovejoy. As always, have a pink day!