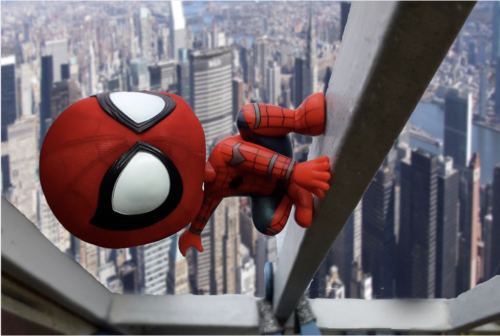 The MCU has been the biggest cinematic universe ever created, and since Iron Man hit our screens in 2008 we have seen some of the most ambitious feats in cinema in this world.

Spider-man is the most popular superhero in the world and his influence on pop culture has been seen time and time again – and this is likely why there have been 3 reboots of his character in the last 20 years alone.

However now that Spider-Man is in the MCU, he can finally join everyone else in the marvel universe and take his rightful place in the world. But Tom Holland’s character has a difficult road ahead of him in the next installment of his trilogy.

Since the death of Mysterio in Spider-Man far from home – Peter Parker’s secret identity has been unveiled and this means our protagonist will be on the run. With so much news coming out about the third in his trilogy – we want to share some of the stars who will be joining the cast from the MCU, the Amazing Spider-Man , and the Sam Reimi trilogy.

When thinking about celebrities everyone loves – Tom Holland is up there with the best. Since his arrival as the web slinger he has become a huge star and is the perfect fit for this character. Tom Holland will of course be back in the third movie running from the law and likely some powerful villains.

Zendaya plays MJ in the series and she seems to be the MCU version of Mary Jane Watson from the comics. Her quick witted retorts and relationship with Peter will likely be strained in this next installment as they hide from everyone around them.

Benedict Cumberbatch is one of the best and most loved actors of our generation and his part in this movie is to be similar to the role of Robert Downey Jr in Homecoming. Now that Peter cannot turn to Tony Stark for help, he will look to the wizard to help him in his hour of need and provide refuge as he hides out. Doctor Strange looks to be taking on a more leadership like role in the MCU and it will be interesting to see what he brings to this role.

It was announced a few months ago thay Jamie Foxx will be reprising his role as Electro from the Amazing Spider-Man series – and this caused a lot of questions for fans. Jamie Foxx himself made the announcement and also added that his suit would not be blue. Now, this is a little confusing because Electro is blue in the Amazing Spider-Man so this raises questions as to whether he will be the same character or an MCU version of it.

Since the Sam Reimi trilogy of Spider-Man ended with a disappointing installment – people have been wanting to see Tobey once again as Peter Parker. Well, now it seems that this wish will come true. We know from Wandavision and Doctor Strange 2 that there will be a huge focus on the multiverse in phase 4 and beyond so this is likely what we will see in Spider-man 3.

Although not the most well-loved iteration of Spider-Man out there – with Jamie Foxx returning it makes sense for Andre Garfield to come back as well.

As well as Peter Parker – Gwen Stacey will be making an appearance – likely just a small cameo of some kind and perhaps from a different universe entirely based on the ending of the Amazing Spider-Man 2.

As well as Tobey Macguire, Kirsten will make a small appearance in the new film as her character Mary Jane.

One of the most loved Spider-Man films ever was Spider-Man 2 with Doc Ock. Now we look to see him back in his full glory once again as Alfred Molino will reprise his role. This character is heavily involved in the Sinister Six so it spells some interesting thoughts for the future of the MCU.

The Vulture looks to return after being imprisoned in Homecoming and the world’s scariest dad looks to continue his efforts to harness tech and make money from it. Scorpion will likely also return alongside him and this could pose some serious trouble for Peter with the threats at the end of the first movie now able to come to fruition.

We are looking forward to this cinematic experience and look forward to it coming out in 2022.