Home / NEWS • Orphan Black • The Lovely Erica • TV Heartbeat / Who Or What Is Orphan Black? Erica Dishes On The BBC Series That She Calls The Best Show You’re Not Watching!

Erica has fallen in love with Orphan Black which airs on BBC America. In fact, she emailed me asking if she could do a quick run down of what the series is about.

I love introducing people to shows that have escaped people’s radar. It happens so often. I mean we only have so much time in our day right? Seriously, we can only watch so much television!

So, one show you need to check out is Orphan Black. Don’t take it from me, take it from Erica. I’ll let her tell you all about after the jump!

Who or what is Orphan Black? Just the best show on television you’re not watching…that’s all! 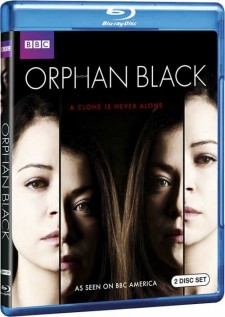 Airing on BBC America, this smart, suspenseful gem of a show has gone under the radar for much of its first season – until now. It’s that time of year when TV begins to recognize great work and suddenly Orphan Black is getting a lot of well-deserved love.
I admit I missed the start of the show — the commercials were more confusing than intriguing so I started watching halfway through the season and now, well, I’m hooked.
  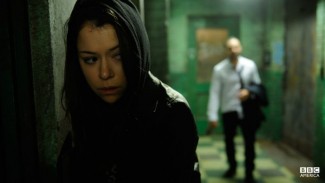 The show is about Sarah, a not-so-lucky girl who happens to see someone commit suicide at a train station. Since Sarah is avoiding an abusive drug-dealing ex-boyfriend and she’s desperate for a place to hide, assuming the identity of the newly dead girl sounds like a great idea.

Fortunately Sarah is a dead-ringer for the dead girl (not a coincidence!), but stepping into her new life as “Beth” gets very confusing as she meets Beth’s (gorgeous) boyfriend, goes to Beth’s job (as a police officer? Arg!) and is embroiled in an internal affairs investigation. Yes, life as Beth isn’t necessarily safer. 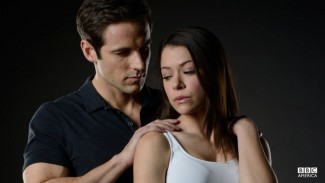    Things get a whole lot more complicated when she meets yet another person who looks just like her/Beth…and another and another.

Ah yes, the plot thickens! I don’t want to give much more away since the plot unfolds masterfully. Suspenseful, intriguing, scary and funny, this is a tight drama with strong, interesting characters. You’re better off not knowing much more and letting the show take you for a ride.

Also, the cast is terrific. The whole ensemble works well together and includes some stand out work from Maria Doyle Kennedy (from Tudors and Downton Abbey) as Sarah’s foster mother, Dylan Bruce (Unstoppable) as Beth’s boyfriend and Jordan Garvaris as Sarah’s hilarious, big-hearted foster brother Felix. 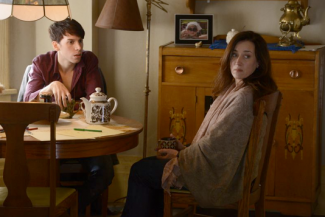 But the star turn and knock-out performance is by Tatiana Maslany who is amazing as “Sarah, Beth and others” to quote the Emmy ballot. She’s starting to get some much-deserved recognition and just beat out Claire Danes, Vera Farmiga, Elizabeth Moss and Julianna Margulies for best actress in a drama series by the critic’s choice television awards. 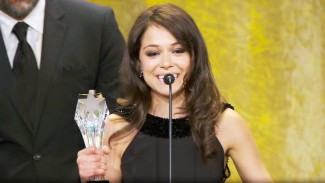 True story: I was reading an article where Tatiana mentioned she enjoyed working with a particular actress on set and I thought “that’s odd – they never act together” – completely blanking on the fact that Tatiana is in every scene with that actress. Yes, she inhabits the characters which are written so distinctively that you can forget she’s playing multiple roles. (Hello Emmy committee!) 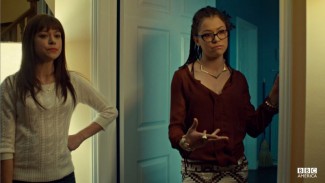  
If you’re new to the series, set aside some time to binge watch the first season of Orphan Black through TV on demand (BBC America), iTunes, Amazon, XBOX live or Sony PSN. Or if you can stand to wait until July 16th, grab a copy of the first season on Blu Ray or DVD.

When you’re finished watching, come back for my chat with Ivan Schneeberg and David Fortier of Temple Street productions, producers of this brilliant show. We’ll discuss their plans for the show and what’s in store for season 2!