Man, sometimes you just have luck! Russell was so fortunate the other day when he heard of an awesome radio contest where you get to meet Star Trek Into Darkness Stars John Cho, Simon Pegg and Alice Eve.

I must admit I’m a tad jealous! Man, a sit down signing with some of the cast of one of the hottest movies of the year is pretty special! Russell didn’t have a wristband but was still able to get inside! And they did group photos!

Check out Russell’s report after the jump!

Hi all. I still owe Mike my Mary Tyler Moore reunion write up, but as everyone anticipates the red carpet in LA next week of Star Trek I thought this more appropriate. We got a rare appearance in the Bay Area by some of the cast doing their promotional tours around the nation. A friend told me about an appearance by that “Milf” guy, Alice Eve and Simon Pegg at the Microsoft Store in the city, but you had to be one of the 100 that had a wrist band through the radio stations. Of course I thought that maybe I could just hang out and catch them on the way in or on the way out as the event was in San Francisco in the downtown mall. One of my “guilty pleasures” of a movie is “She’s Out of My League” and loved Alison in that movie so she was worthy of an hour trip.

5:00pm – Arrived at the store and ask the lady politely if there is going to be a standby line in case they have more time (like Fox at Comicon). She says probably not as they have to go directly upstairs to do an introduction to the people that got tickets to the advanced showing of the movie. 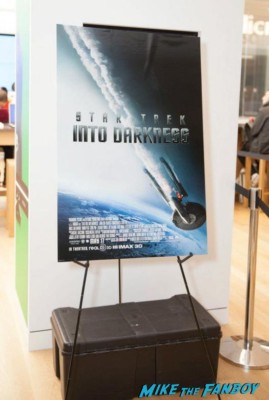 So decided to hang out anyway and see if we could maybe catch them walking in as the event was supposed to start at 6:00pm. 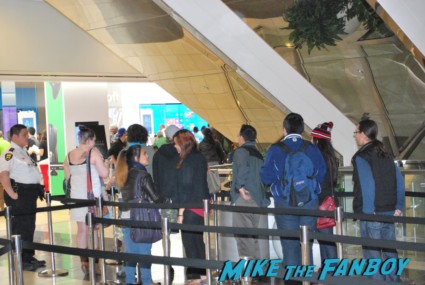 6:00pm – Lots of people in line with their attire and although I’m not a Trekky, I gotta say that they always represent. 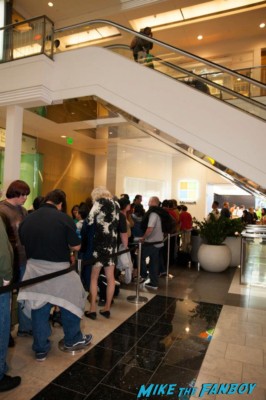 6:45pm- The line dwindles down and the lady I initially asked about the event notices my son and I still hanging around and she motions us to the line and say “C’mon get in”. I thanked her a lot and she was really nice and gave me the thumbs up. 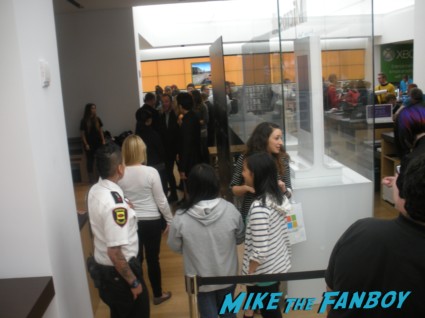 So you couldn’t bring anything in and they made you check your bags before going up to take a picture. 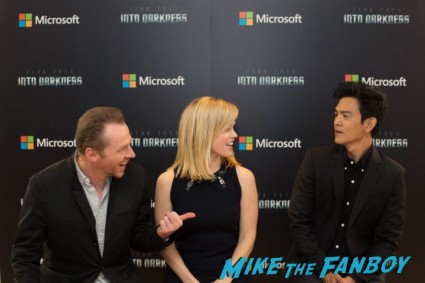 John Cho was really cool and told him my wife was a Cal alum too and she loved him as Harold. Alison was super nice too and told her my guilty pleasure movie along with loving her in Entourage. Simon was cool too, but not as familiar with his stuff. 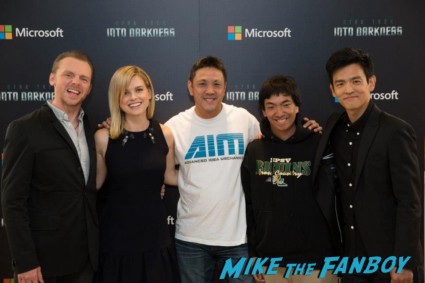 After the photo they gave us a poster signed by all three of them and they escorted us out. 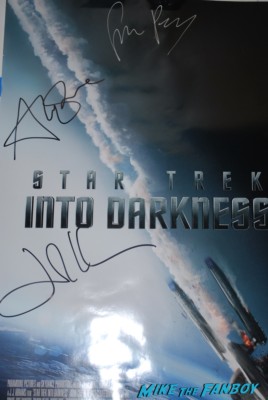 We decided to wait a bit to see if we could get some other stuff signed and went up to the theatres. Sure enough they came up the escalator, but the PR chick immediately told us no autographs. I hate being disrespectful, but isn’t it the celebs choice if asked? 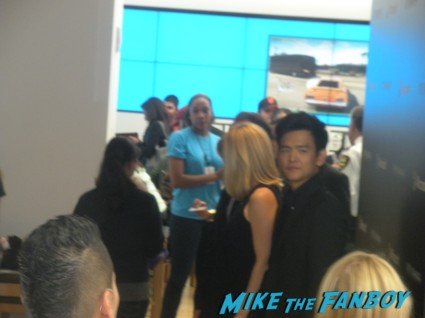 So I asked John and told him to personalize it and he was cool as he remembered me from the photo op. Asked him if he was ready for next week on the carpet and he said “It’s gonna be crazy”. 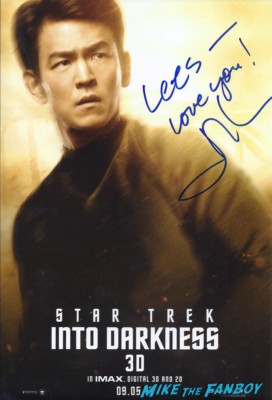 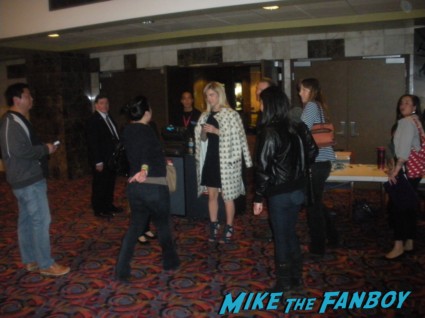 and that was it as I knew they could just go down elevators at that point once in theatre area.
Good luck next week!!