Today, it’s a debacle. Hopefully, I’m saving up some good Karma for SDCC or later this week cause today… It was a nightmare.

It’s the premiere for Tammy, and while I’m not hot to trot on the film, I love me some Susan Sarandon, and I enjoy Melissa McCarthy when she’s not playing these over the top characters.

So, The Other Mike and I went down, we got a spot at the end of the rail, which was perfect except it seems like everyone was staring at the spot but didn’t move there and then blamed us for taking it. Ummmmmm… Whatever guys, lol. 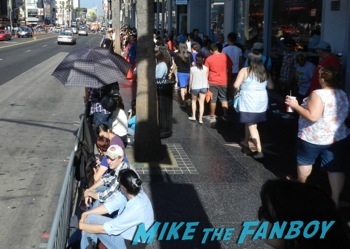 The waiting game continues. Scotty is running back and forth for Robyn and a Swedish band he’s all jazzed out for.

There’s about 5 barricades taken, not too bad. I wouldn’t have come out but there’s a lot of smaller names like Toni Collette, Allison Janney, Dan Aykroyd, etc.. I would like too. Of course I found out that none of them are showing up… so… there’s THAT!

And The Other Mike, who keeps running to the bathroom every five minutes like a schoolgirl with no bladder, has a wonderful Tammy mini poster that the T-Shirt Nazi’s were passing out.

Get this, these people came over to the crowd with Tammy shirts. Nice right. They skipped the first couple barricades and we were like, ummmm hello? Then I just said forget it, The Other Mike ran down and the guy passing them out yelled at him.

50 minutes later the guy comes over with a security guard and says, “Everyone with a red shirt needs to move in the front so we can take pictures.” Ummm no little boy, no one is moving. He goes on, “I know you’ve been waiting a long time, but the people in the red shirts need to be in the front.” The shirt nazi was shocked no one moved for him… Huh?

Ace and his brother showed up and Alex was super stoked to be there. 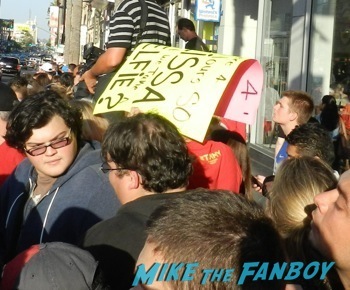 Of course Ace had to wear his hoodie in the 100 degree heat. It’s a look.

Mike and Molly star Billy Gardell arrived and was nice enough to run on over and take some photos with people and sign. 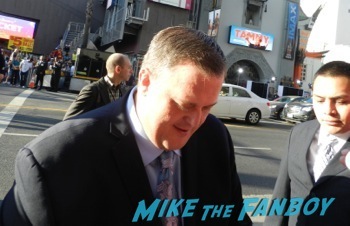 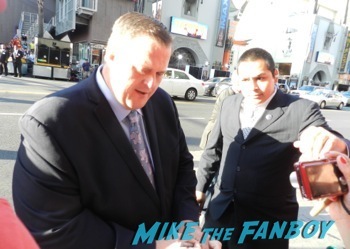 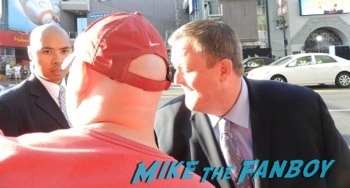 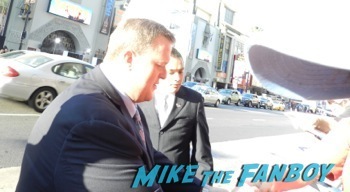 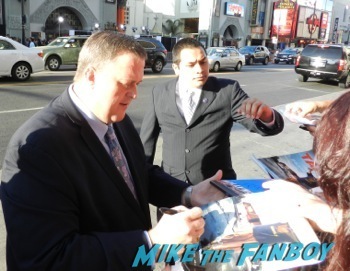 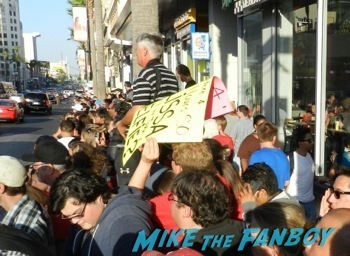 Melissa McCarthy finally shows up and comes right on over. Then the chaos happens. Security fails to secure the end of the barricade and a bunch of random tourists rush into the street and mob her. She can’t even get to the barricade. People have stopped her in the middle of the street. Madness.

There were security. They stood there like ducks trying to swim in sand. totally clueless and didn’t even try and control the situation. 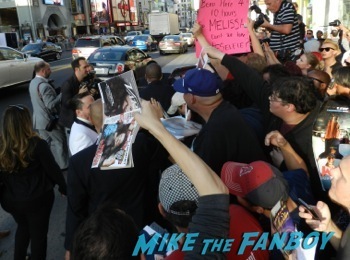 Melissa’s husband Ben Falcone signed few for us a then they took Melissa past us to the next barricade. DOH!

She signed a few and then that was it. Seriously, She barely signed at all.

And that was it. 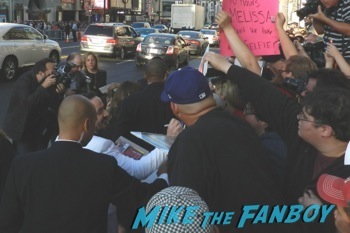 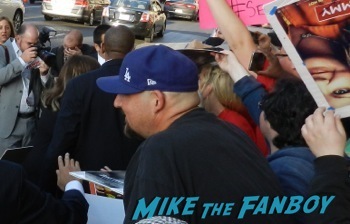 I got BEN FALCONE! Woo… to the mutha-fucking hoo!

And then we wait some more… No Toni, no Dan, No Allyson, and quite literally at 7:30 Susan Sarandon arrives. She turns, she waves and then that’s it. She heads to the carpet.

And the press packs it up.