Who doesn’t love The Walking Dead? Tonight Suddenly Susan and I were invited to attend a rare Q and A with the cast and some producers. How could you pass that up right?

After a stressful time getting to the event. Let’s just say, rain, traffic and Los angeles do not get along, Suddenly Susan and I were able to settle down in our seats and get ready for the event. 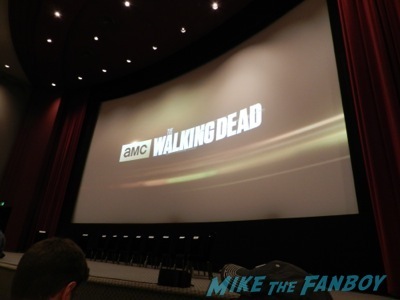 The evening started with a quick video and then they read an email from Andrew Lincoln about missing the evening. Then they played a clip from the first half of season 4 where Scott Wilson was killed.

They went on to show each of the actors favorite scenes from the first half of season 4 and then let the actors talk about them.

Some highlights of the panel:

Norman Reedus telling the audience in a brilliant non sequitur about how he had a dream where he was beating someone up on the set. 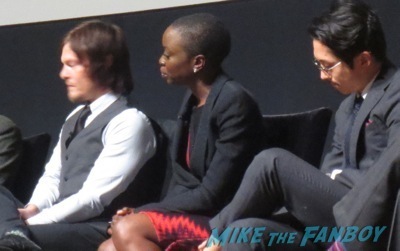 Greg Nicotero said how this season they don’t have any protection, the prison is gone and this is the first time since season 1 where this happened.

The spoilers were kept under wraps but with the presence of Melissa McBride you can bet you’re going to see Carol again. 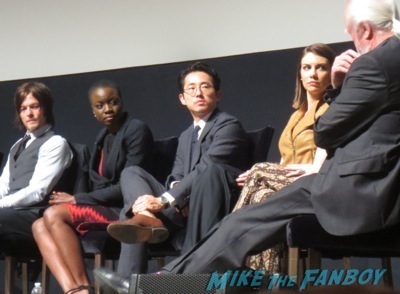 Melissa McBride said she wished Andrew Lincoln was there so she could confront him about the last conversation Rick and Carol had. 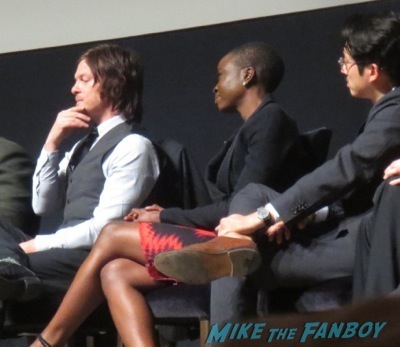 Steven Yeun talked about Glenn growing up and taking parts of each character in the series as we gets older, talking about Rick’s leadership, and Shane’s rage. 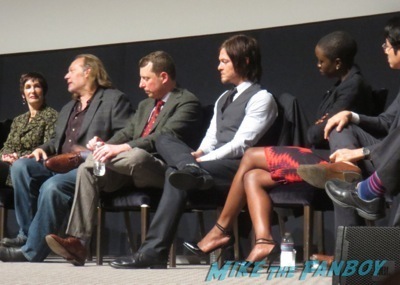 The cast was very sad to see Scott Wilson leave the show. It was a half love fest for Scott and clearly the cast is going to miss their father figure. 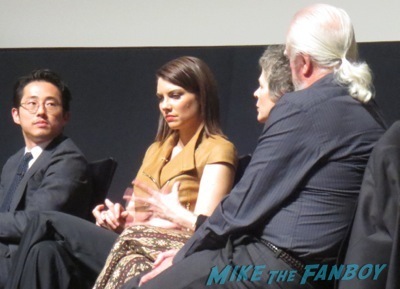 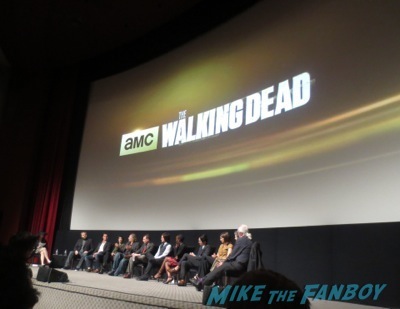 It was a rather subdued panel and more of a look back rather than an exploration of the series.

After the panel the cast was nice enough to hang out with the fans and audience members.

The cast of The Walking Dead has always been super awesome and tonight was no exception. I ran after Melissa McBride who I haven’t seen since the season 3 premiere. She was very nice and signed an individual mini poster for me, 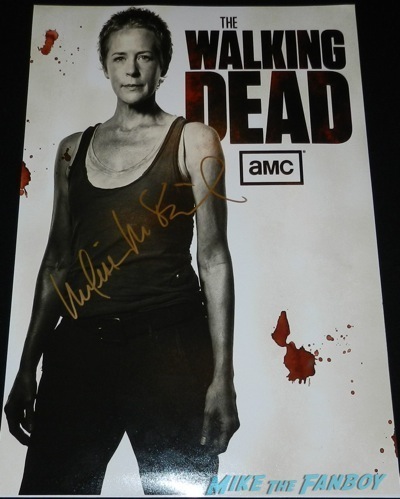 and then I spotted Danai Gurira. She was super nice and signed my Michonne photo and my cast poster as well. 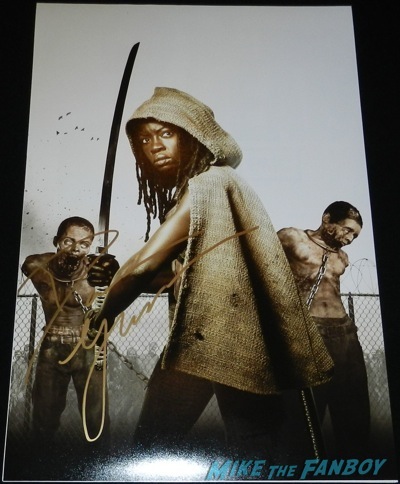 Lauren Cohan took off super fast, so I didn’t even spot her.

Norman Reedus was being awesome as usual and taking photos and signing up a storm for people. 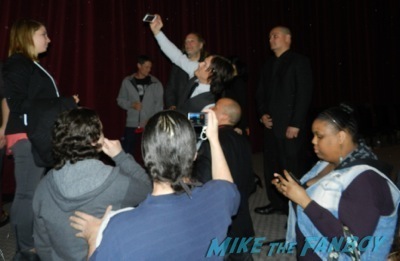 Steven Yeun was also really nice and spending a lot of time with everyone on the stage, taking photos and signing. 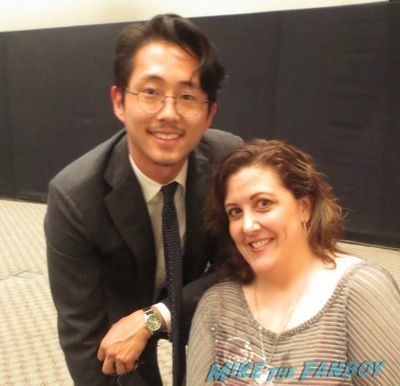 I got him on my cast poster. 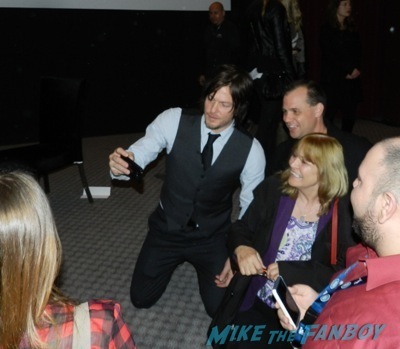 Norman Reedus… The man is awesome. Seriously, he must have spent like 30 minutes taking photos and signing. He signed a mini poster and I had him make it out to me and he also signed my cast poser as well. 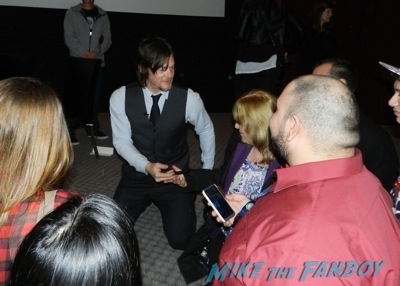 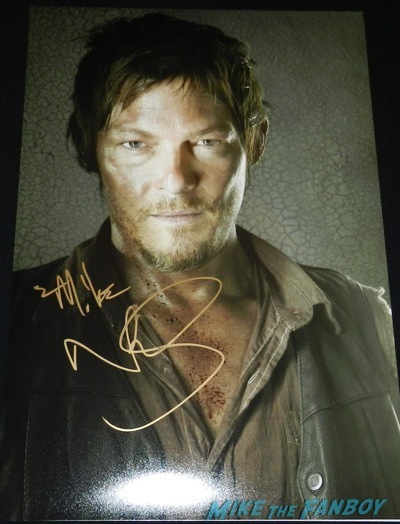 Dude, he just such a great guy.

We spotted Greg Nicotero and talked to him for a hot second. He signed my cast poster. They we headed to the reception and who was there… Melissa McBride and some of the cast. So, I of course had to get a photo with Melissa. 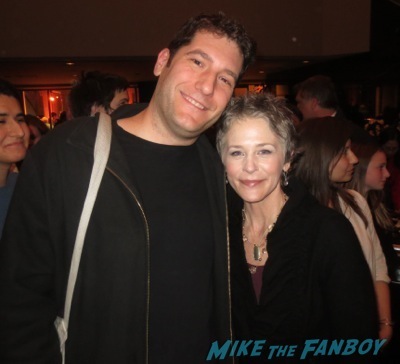 Take one was a photo flop which I shall share later on, but we had the chance to talk for a bit and Melissa was super sweet. She signed my cast poster and took another photo with me and made sure it turned out.

Then Susan spotted Robert Kirkman and we ran over to get out posters signed by him. 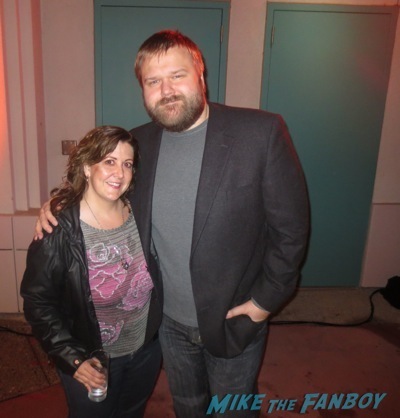 We made our way to Danai Gurira and talked to her for a second. I was able to snag a quick photo with her as I helped a poor woman with a phone that must have been made in 1988. Seriously, it didn’t have flash. Okay, it was Suddenly Susan’s phone. Oh, sad but true… In this case it wasn’t Suddenly Susan but a woman who came in from Florida just for the event. I took her photo for her because this phone… It wasn’t cutting it. 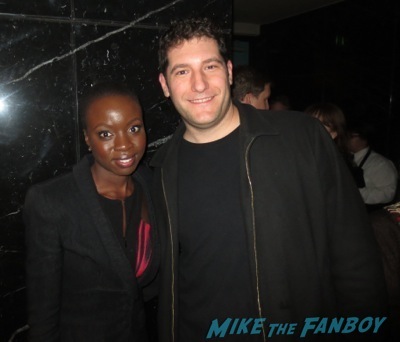 Then we grabbed some food. Suddenly Susan convinced me that I had to get a photo with Scott Wilson, who is one of the nicest guys around. I’m really going to miss him on the show… Sadness… 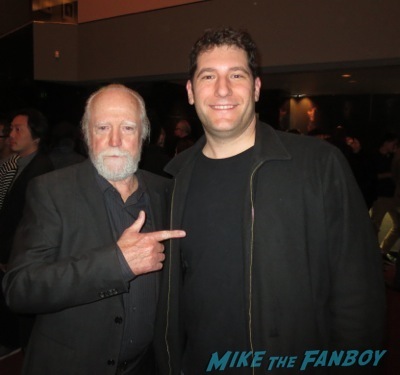 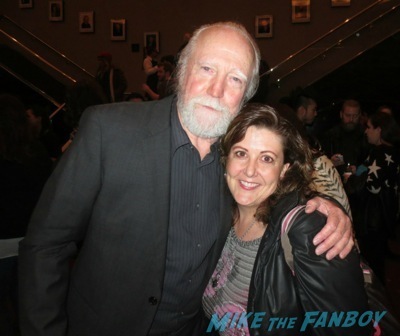 And after grubbing on appetizers, beer, and bite sized cupcakes… We were off.

It was a really fun night and it’s awesome that the case is so cool. I really hope they never change! 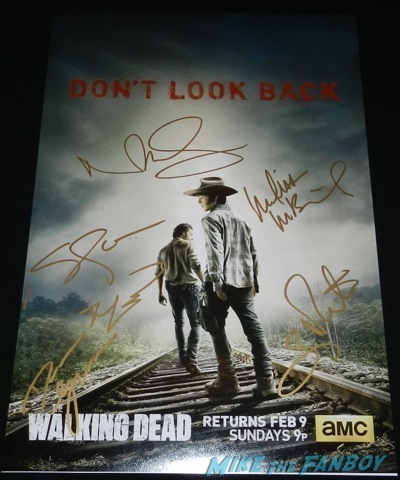