Well Ace went out for Will Ferrell and the Campaign premiere and got… Well, he got half the main cast! LOL… At least that’s something right? You just never know so you have to take the good with the bad, and no I didn’t mean to paraphrase The Facts of Life theme song there! LOL…

Give a big MTF welcome to Ace as he tells the tale of The Campaign movie premiere!

Hey Guys! My Name is Nolan but you guys can call me Ace. It really doesn’t matter… The Campaign was pretty bad, details posted below. If it wasn’t for my autograph side hobby which also concerns autographs, it would have been a bum day.

In the Mail, I got Norman Reedus (The Walking Dead), Billy Mills (1964 Tokyo Olympics), Mark Dodson ( Voice Actor for Gremlins and Star Wars), and Ozzy Osbourne (A man who doesn’t need added details). I cross checked them with IPs and they look pretty good….BUT, on to the Campaign. 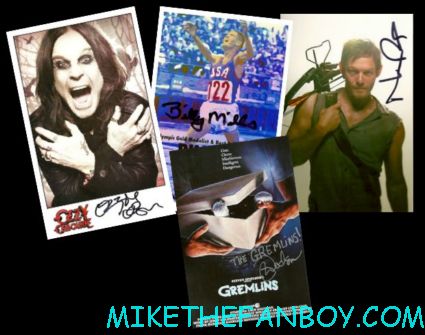 11:34- Got to premiere wondering where the hell the drop off was 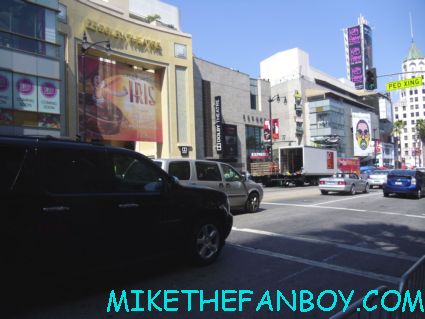 11:50- Talked to a couple graphers that were really sweet, A & A… They Made my day, because the rest of the day sucked! 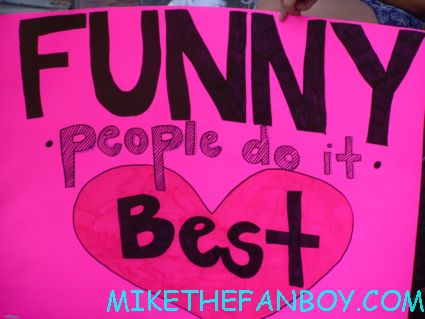 1:45- Called friends sporadically as I complained on the time of their arrival, while they were getting me autos elsewhere

2:45- Waiting Anxiously in the scouring heat

2:59- Officially blew my brains out due to the tons of people who ask, “Why are you here?, Who is showing up?, When are they showing up?, What time did you get here?,….When do you take a shit?”

3:13- BMart texts me: FANTASTIC… I was about to shoot myself

3:15- The Usual Picture text that I send to people… Usually I get a response saying…”Cool”…

4:41- DVD Dave shows up… Finally… Picked up some crazy auto items for me while I was holding his spot… Usually, the moment upon arrival, utters some smart-ass remark… He made my day with the items he had bestowed upon me 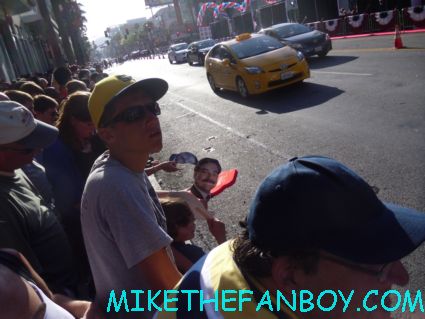 5:41- Stood up for the promotional items as well as the arrivals….

6:03- FREEBIES! Foam Fingers, Hats, T-Shirts, Buttons, etc… Every-time I acquired something… Some woman behind me would grab it out of my hand… Kept my cool…. 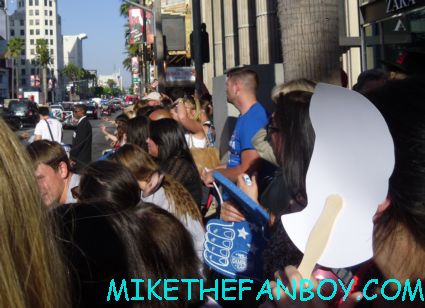 6:12- MORE FREEBIES! Got two foam fingers as I elbowed the demon that stole the first one from me…. HAHA sucka!

6:15- Brooke Shields shows up…. Waves and gets on the Carpet… Damn…

6:24- The Lowest on the Hollywood Food-chain show up, as the idiots in the crowd shout to the top of their lungs, claiming they were the stars that had arrived…. Unless WIll Ferrell had a sex change… Its probably not him…

6:33- Will Ferrell shows up, goes to the left of my area, and starts signing….

6:39- Zach Galifinakis shows up, signs for the right… Those who got Will did not get Zach, Vice Versa (A Few Exceptions)

6:42/7:11- Jon Lithgow, Molly Shannon, a few other notable people come and wave…. Lithgow… I was just so happy to see him, despite him not signing… Got Harry Shum Jr…. From Glee.. (Shrug Shoulders like an Italian Mobster while raising hands)

That Ended it… 2 Autographs… David got 2 plus the others from earlier in the day…. Two Autographs are better than none… 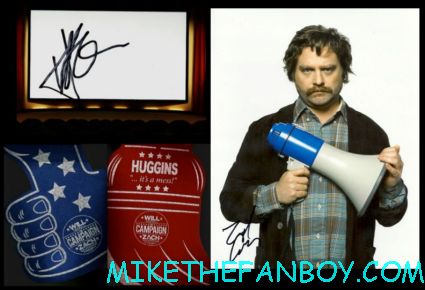