The Great Escape is arguably one of the finest films about WWII ever made. I remember watching this movie with my father back in the… cough… cough… day. And I’m happy to report it not only holds up well but it’s age only ads to the resonance of the film. I can’t believe it’s celebrating it’s 50th anniversary!

Based on a true story, The Great Escape has a fairly simple premise. During WWII the Germans built a maximum security prison that housed all of the best escape artists in one prison. This prison was considered impossible to get out of and without meaning to the Germans united all the prisoners. With a common goal the prisoners banded together to escape the inescapable.

One prisoner, Bartlett (Richard Attenborough) hatches the plan for the escape. His plan would be to get 200 people out of three different tunnels in the span of one night. People will have to dig, reenforce the tunnels and then in turn try and keep this plan a secret.

There are hundreds if not thousands of obstacles not just digging the tunnel but also lighting, making sure there is sufficient air in the tunnels and once out of the prison how do they get out of Germany and to safety? 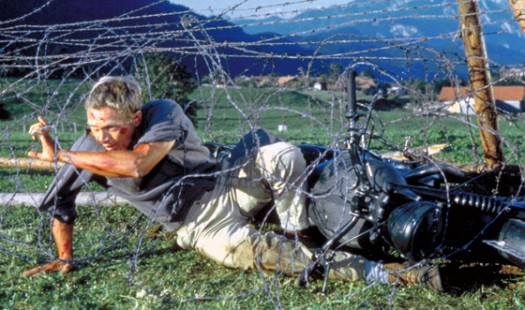 With one of the best casts assembled for it’s time, The Great Escape brings together James Garner, Steve McQueen, James Donald, Richard Attenborough, Charles Bronson and Donald Pleasence. An astounding cast and each actors performance is elevated by the ensemble. James Garner in particular was amazing.

The action holds up throughout the film and with a three hour running time that’s no small feat. Plus, the script blends elements of comedy with suspense and action. This keeps the viewer engaged and when the third act gets really dark it doesn’t overwhelm the audience.

The Blu-Ray edition of The Great Escape provides much better picture quality that had been seen to date. In fact I put in my DVD copy and compared it to the blu-ray to see the difference. It would have been nice if the full film was remastered but this is at least a worthwhile upgrade.

All of the bonus features from the 2004 edition have been transferred over to this edition including an amazing audio commentary from director John Sturges and select members of the cast and crew. There is also a great hour long doc The Great Escape: The Untold Story that’s worth checking out. 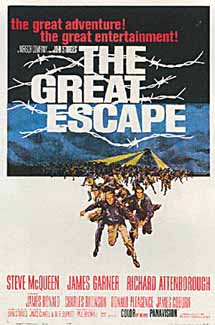 Other notable bonus features include

Return to The Great Escape

The Flight To Freedom

Overall, this version of the great escape is worth the blu-ray upgrade. The film itself is thrilling and should have a place in any movie library. The film sucks you right in and even with the three hour running time it’s a thrilling ride that will feel like only half the running time.

The Great Escape is out now on blu-ray! 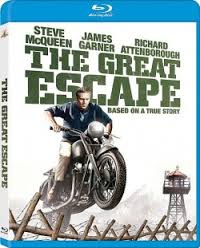