It’s always fun to look back at films that you haven’t watched in a long time. Sometimes they just don’t age well and sometimes just sometimes they look and are better than you remember. This is the case with The Horse Whisperer. Now, what my memory told me was that this movie was a little too long and a little too dry, well perhaps now that I and the film are older our perspectives have changed.

Robert Redford directs and stars in The Horse Whisperer as Tom Booker. Tom is a Montana rancher who has a knack for training horses who otherwise can’t be or are considered “difficult.” A magazine editor named Annie played by Kristin Scott Thomas hires Tom for her daughter Grace, a super young Scarlett Johansson. Grace was in an accident with her horse Pilgrim, Tom helps Grace and the horse while Annie starts to get a tad smitten with Tom. I mean it’s Robert Redford, is it any surprise that someone starts to like him? LOL… 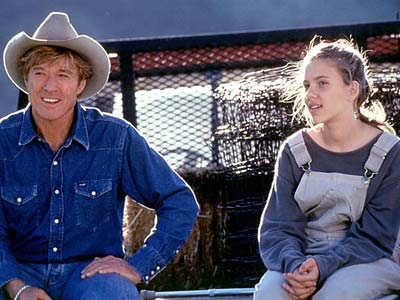 What I liked about the film is that the characters are flawed and sometimes not always easy to root for. Kind of like the characters in Mad Men, you love them but questions their choices and actions. Also, everything in the film doesn’t get the patented Hollywood happy ending. I like this even though I know a lot of people probably love resolution, for this film not tying everything up in a neat bow serves the movie well. 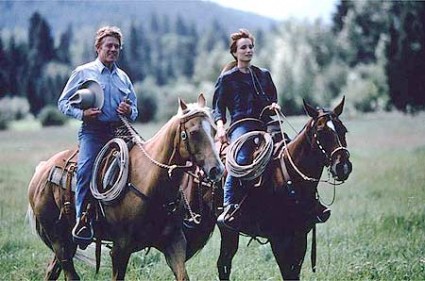 The film looks stunning on Blu Ray, the cinematography is outstanding and what looked good on DVD looks positively crisp on this version. The score also really stands out. I know a lot of people don’t really look at an audio mix as a reason to upgrade a dvd to blu ray but this time it might be.

Sadly this blu ray is lacking in extras, however there are a couple of promo featurettes that talk about producing the film, behind the scenes etc… They are really short and don’t shed any light on the film or the making of it.

Still, I thought that this transfer was well done, and is worth picking up. Especially since the retail price is really affordable for a blu ray disc.

The Horse Whisperer is available now on Blu Ray! 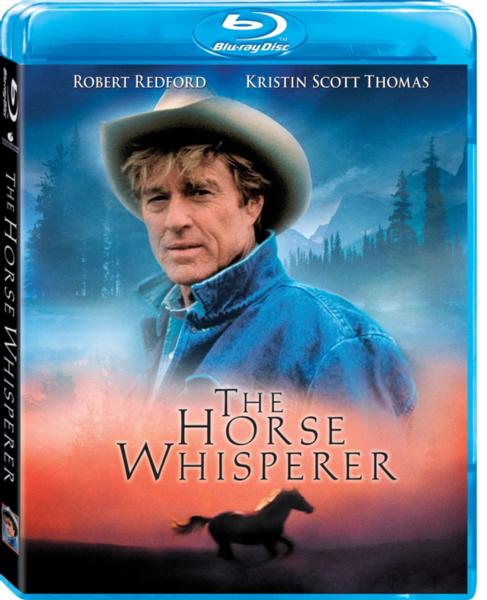