Home / Fanboying! • The Lovely Erica / The Lovely Erica Gets Harry Potter-Ized In New York When Daniel Radcliffe Films A Special Segment For The 2011 Scream Awards With Nick Fury! AKA Samuel L. Jackson!

Erica is the biggest Harry Potter fan ever! I’m sure you guys saw and read her full report from the New York premiere… Well, since she was in town for the New York Comic Con anyway, Erica headed out to the mean streets of New York… What did she find? Daniel Radcliffe of course! Along with Nick Fury! Say What?

The Scream Awards were taping a special segment for the broadcast as a tribute to Harry Potter and since Daniel Radcliffe is still starring in How To Succeed In Business they shot the segment in New York!

There was a call for fans to come out… And that was music to The Lovely Erica’s ears! Check out her full report after the jump!

I can’t believe I’m back in Lincoln Center, waiting for Harry Potter!

Tonight, the Spike TV’s Scream Awards are pre-taping a portion of the ceremony. Harry Potter is the night’s big winner and Daniel Radcliffe will be accepting the award. Since he’s still starring in How to Succeed in Business Without Really Trying on Broadway, they are taping the segment in New York and Scream needs some fans!

They gave out tickets to Harry Potter fans with the request that we dress as our favorite Harry Potter characters. We line up a few hours early where they have generously arranged for a luxurious holding area — Avery Fisher Hall at Lincoln Center (the site of the final movie premiere). We head into the lovely theatre and await the crew to finish setting up the lights, cameras and such outside. 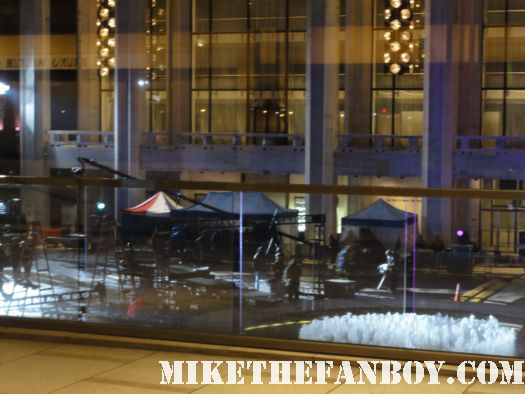 Inside, well, it’s pretty chaotic as well with a thousand Harry Potter fans in character. With all the folks in costume, there are spontaneous re-enactments of the film with one girl running through the theatre yelling “There’s a trooooooooollllllllllll in the duuuuuuuungeooooooon!!!” and a fierce battle between Beatrix and Molly Weasley. It’s all in good fun as we have several hours to wait. 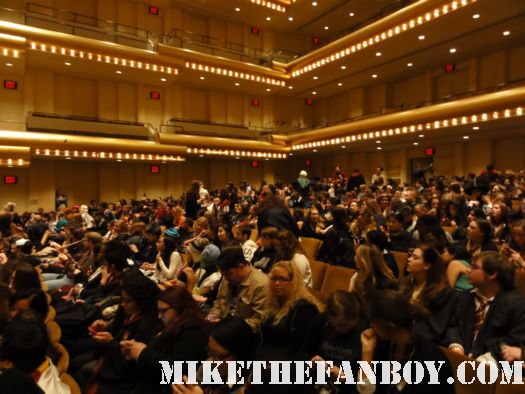 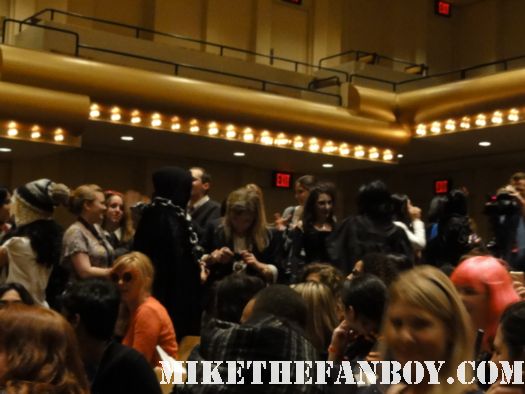 It becomes a bit amusing when we see the opera has let out and all the patrons are exiting around the Scream Awards set up. Surprisingly some of the opera folks are excited and join the onlookers to watch the activities. Nothing like a night of opera and the Scream Awards! 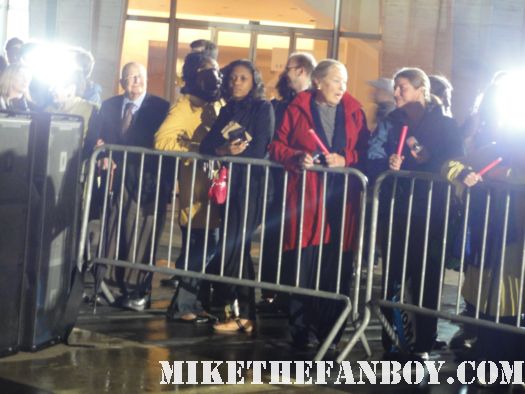 Finally they start to bring us in to the fountain on the plaza at Lincoln Center where they have set up a mini-stage. 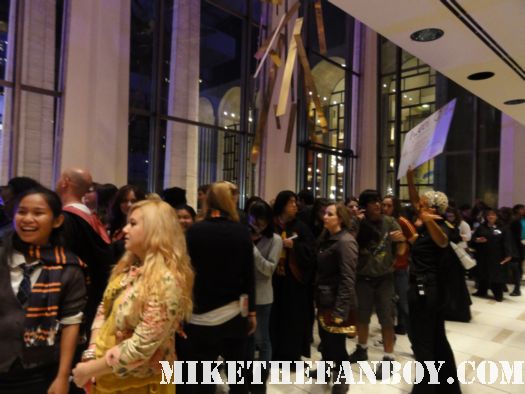 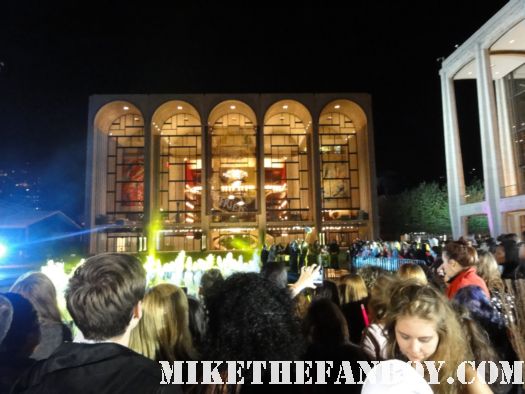 The camera does a couple of checks to see how the angles look and they move some of us around to make sure we fill out the camera’s path. They give us red glow sticks and we give them some B-roll footage with us cheering and yelling in all our costumed-glory. Then the shoot the fountain up and down a few which drenches a bunch of us and ruins a few camera lenses. 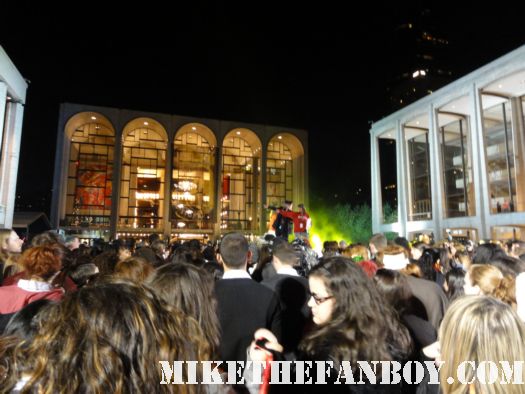 At last they say that the cameras are rolling! As I’m in the back and can barely see anything, I follow the big cheers that go up as Mr. Nick Fury, Dr. Martin Luther King Jr and Fro-Zone himself arrives! Yes, Samuel L. Jackson is here to present the award! 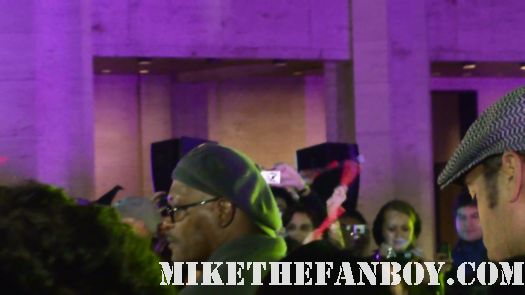 Sam arrives and is as cool as ever. (Isn’t he always?) He arrives, smiles at the crowd which going nuts. He takes the stage and kicks off the presentation. He’s pretty good at reading the TelePrompTer if you consider he probably hasn’t seen anything in advance. 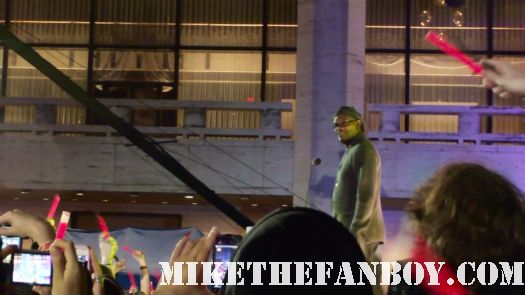 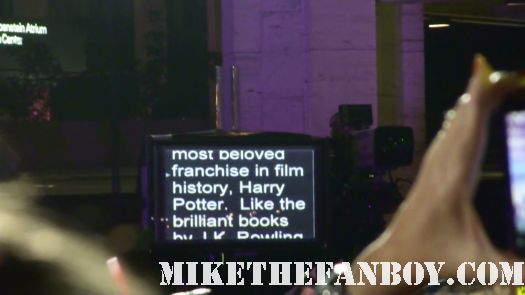 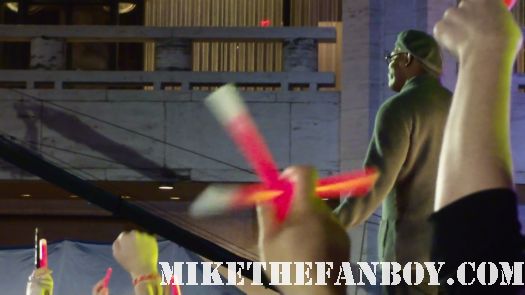 Sam starts off the presentation and soon calls Daniel to the stage. We all goes nuts as Daniel climbs up the stage, graciously accepts the award and singles out one guy who is in a great Hagrid costume. 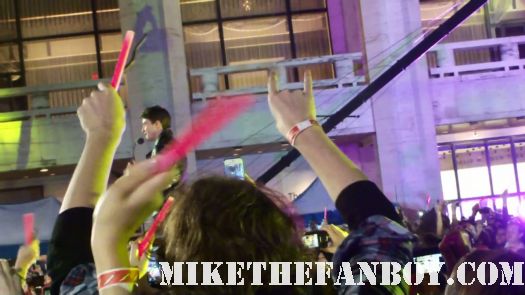 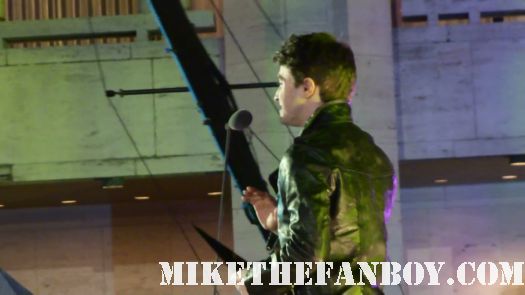 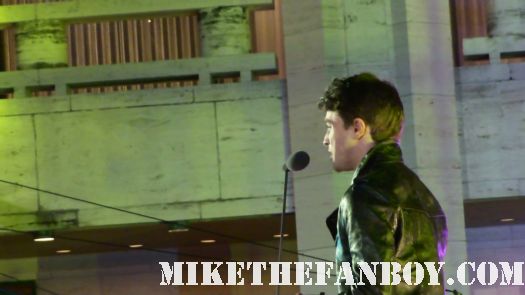 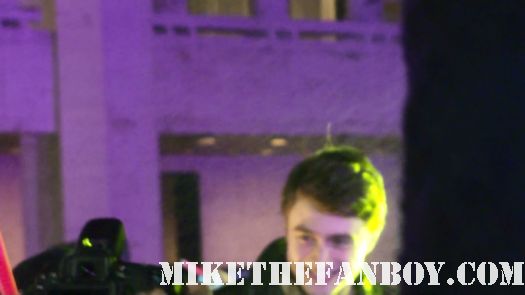 After Daniel finishes giving his thanks, he gets off the stage, but hangs around in the back as Samuel L. Jackson films another quick segment — a preview of footage from Daniel Radcliffe’s new movie, the Woman in Black. 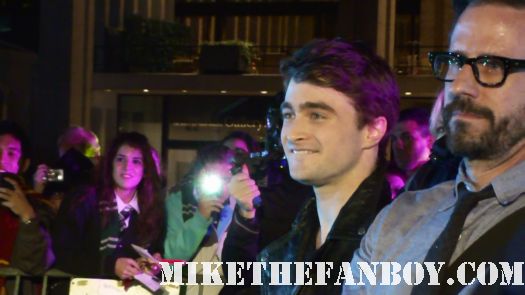 Daniel sticks around to watch the footage and has a huge grin the whole time. 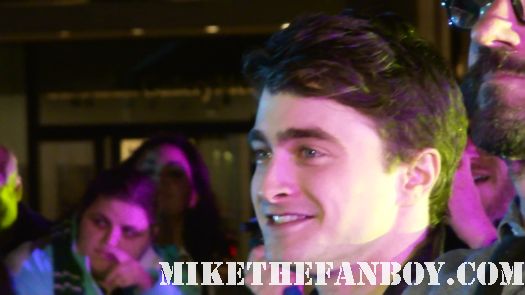 Sam exits the stage and stops to greet Daniel. The two exchange hellos, congratulations and good wishes before Sam heads off. Both guys are on stage for the next several months, Samuel’s play, Mountaintop, just opened the night before. 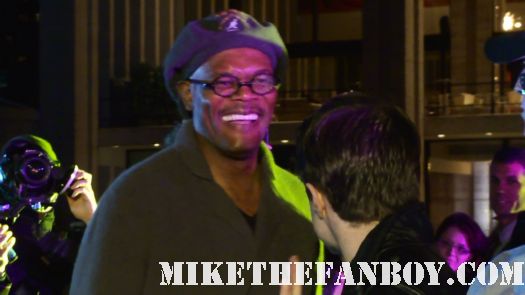 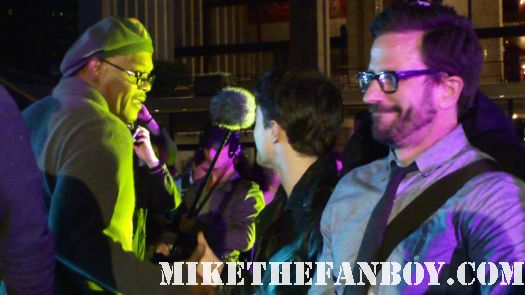 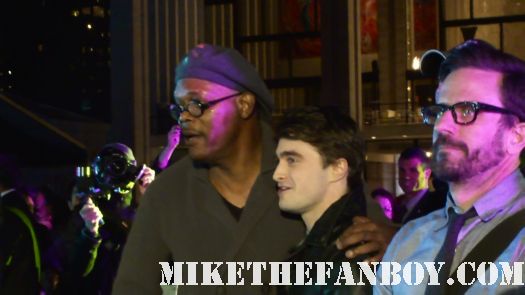 Daniel stays for an extra minute, signs one autograph (this wasn’t really a signing event) and then heads off. 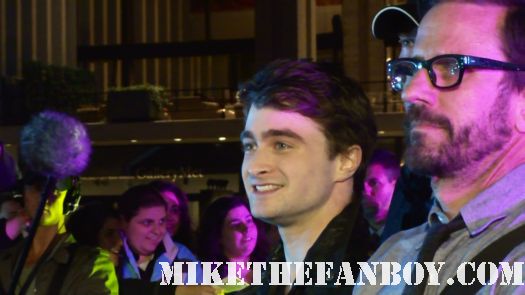 The rest of the crowd didn’t see Daniel leave so they spontaneously start to chant “Daniel! Daniel!” 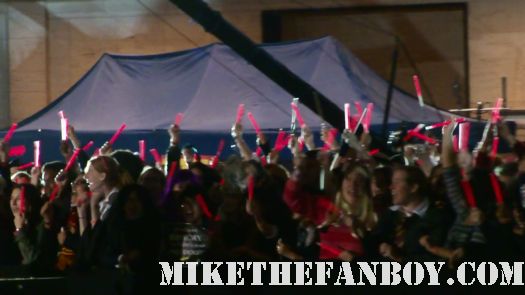 The camera guys scramble into action as they didn’t expect this last burst. 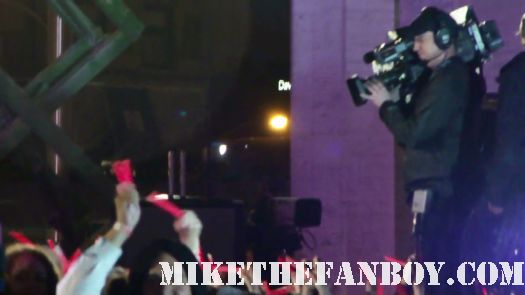 When it’s clear that he’s not coming back, the crowd quiets down and the Scream people officially declare the event is over.

Although this isn’t broadcasted live (the rest of the show will tape the next day and then air two days after that), they did film everything in one take and there was no re-shooting. I guess it’s as close to live as you can get in a pre-tape!

And that’s it! 2 minutes of footage which took a day to set up! Ah the magic of Hollywood!