You know what that means… After all, it’s in the title.
Doh!

One of the movies, I’ve been really looking forward to is The Maze Runner which stars Teen Wolf’s Dylan O’Brien. Now, Teen Wolf is one of my favorites, I think it’s grown so much over the years, seriously, it really rivals some of the classic TV series and if you haven’t checked it out yet, you need to do so!

So, when I saw that The Maze Runner cast was going to make an appearance on Extra, I knew I had to go. I was really excited because most of the stars are fairly new and it’s always nice to meet people before they get too big and jaded. Plus, I’ve interviewed Dylan O’Brien before and he was really cool.

When I arrived there were about 15 people or so waiting and I took my spot. I brought my Love Actually mini poster for Thomas Brodie-Sangster and my Maze Runner mini poster as well.

Appearing today besides Thomas and Dylan were Will Poulter and Kaya Scodelario. There were a lot of girls with their Maze Runner books and a few collectors including Ed, who was smiling as usual.

The security was really strange before the interview started, there was one guy who acted like a dictator trying to tell people he would hook them up and it was actually really creepy.

Still, we all persevere right? 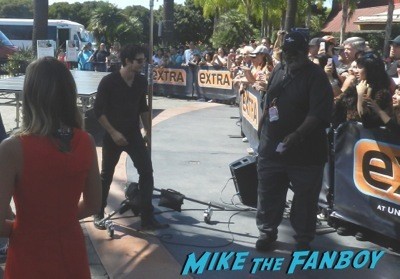 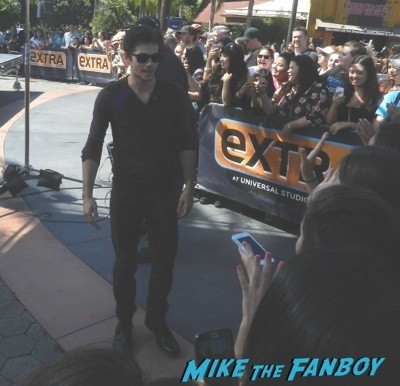 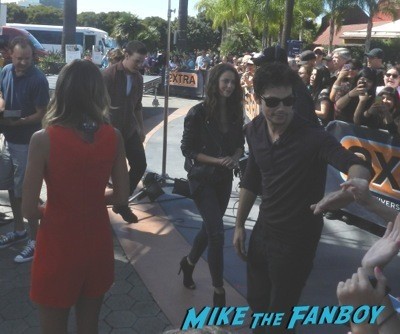 The stars arrived for the interview and right away I had a bad feeling. Dylan O’Brien was wearing sunglasses and one girl said, “Dylan take off your glasses so we can see your eyes!” He said, “No.” 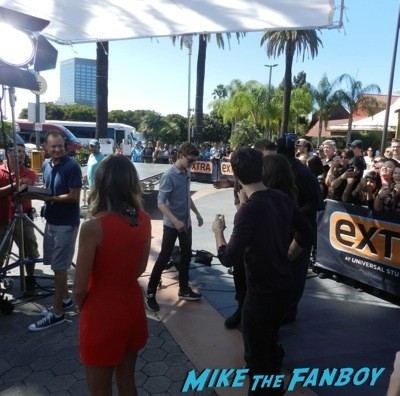 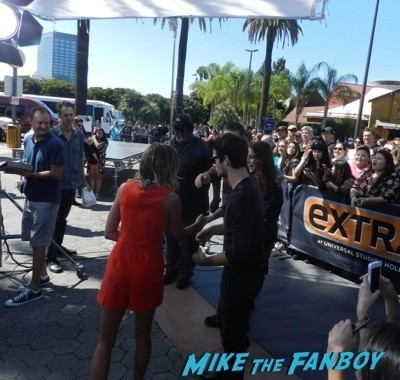 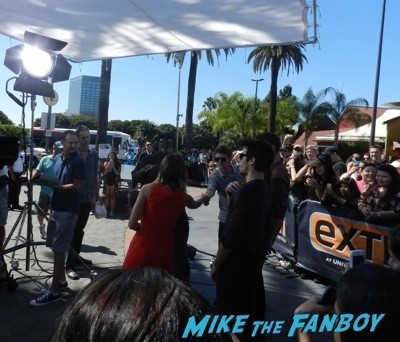 The interview was fun, and the cast was seemingly excited for the movie.

After the interview, a couple girls called Dylan over and he looked and said, “Okay, one selfie.” He took a photo and bolted. I was a little shocked. 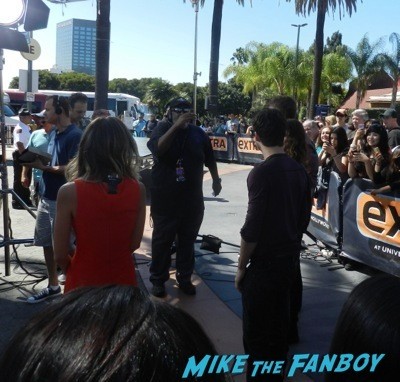 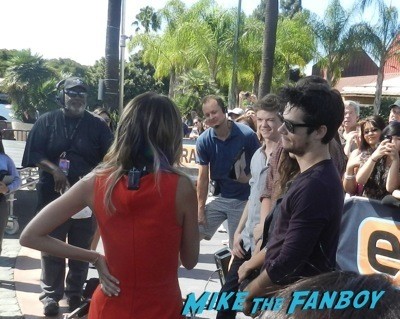 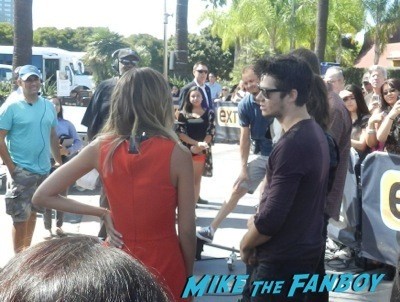 Then Thomas Brodie-Sangster started to sign, of course I was on the other side, doh.

Will headed out as did Kaya.

Kaya did sign a couple on the end as did Will but it was barely anything. And Even though the bus hung out for a while, Dylan wouldn’t listen to the few girls yelling for him.

I walked away with nothing! Doh!

I was really disappointed to say the least. But what can you do right?

I was talking to a bunch of people in other locations, such as New York where the cast has been promoting the film and they said it’s been the same. It’s really such a shame.