Home / Fanboying! • Shelley Long • Stars of the 1980's and 1990's / The Night I Got To Meet Betty Thomas AKA Velda Plendor and Gary Cole… Kinda… At The Brady Bunch Movie Reunion But With a Shelley Long Failure! DOH!

Now, I’m going to paraphrase this write up with… I don’t blame or criticize a celebrity for not being able to sign for everyone. Plain and simple even if I’m not able to get anything, if they sign a lot, then really it amounts to bad timing and just shear bad luck.

With that said, if a celebrity sees a crowd of fifty people and signs for two people, such as Zack Galifianakis, then I throw out the douche card.

Tonight was a screening of The Brady Bunch Movie with a Q and A after with Gary Cole, Betty Thomas, and the wondrous Shelley Long. I know everyone out there who reads anything I write knows I LOVE me some Shelley Long. So, I had to go! I have a Brady Bunch mini poster, Money Pit one sheet and more! Hello!

9:24 p.m. – I am literally running, Pinky is trailing me with her dog Sammy Rhodes in tow… The film started at 7:30 so I figure this is a good time to catch people on the way out! Right? 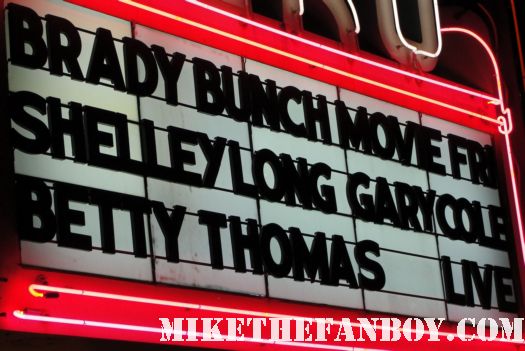 9:31 p.m. – Scotty is here and just informed me that not only is Shelley Long in already she signed one each for everyone… And did photos… Grrrrrrrr… I have a photo with her, but come on who couldn’t use two!

9:42 p.m. – I’m a tad bummed but I would have been here earlier but I couldn’t… Sigh, ah well…There are like 20 people waiting outside… I figured like six people tops! Shelley Long packs them in people! 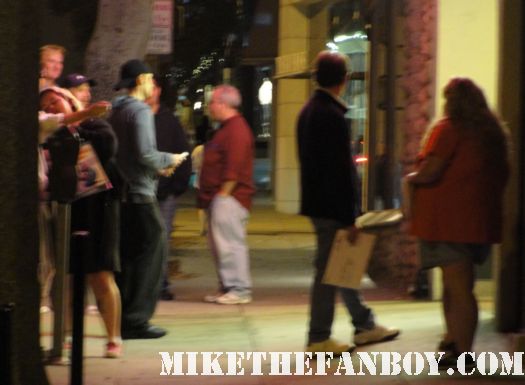 9:56 p.m. – It’s a tad chilly but not too bad honestly… Kind of a nice night… We’re all wondering what door they are going to come out of…

10:05 p.m. – Wow, this theatre in particular is notorious for not letting people get autographs inside. Otherwise I would have just bought a ticket for the Q and A. Grumble… I would have actually wanted to see the Q and A for this one…

10:09 p.m. – In the schedule for this theatre it says, no asking for autographs… See its things like that I get irritated by. They use the Q and A to sell tickets, but oh try to get a photo or autograph and suddenly you’re a menace! Ugh…

10:13 p.m. – Wait, I think that was Betty Thomas who just went by us! No one saw her so another collector Darryl and I head across the street. Betty is so nice and I have her sign my Brady Bunch Movie poster to which she’s very impressed by. Then I tell her how much I really liked Sandra Bullock in 28 Days which Betty directed. We had a nice conversation about it and then I asked for a photo with her. I think Betty was shocked that anyone would want one, and just as the photo was taken it hit me… TROOP BEVERLY HILLS! Where was my brain, and why didn’t I bring my one sheet poster. I could kick myself… and I had to tell Betty Thomas that. I said, I have a Troop Beverly Hills one sheet at home and I’m so mad I didn’t bring it! Betty Thomas was like, “Yeah, you should have brought it!” lol… Ah well… Perhaps it’s better with only Shelley Long on it. 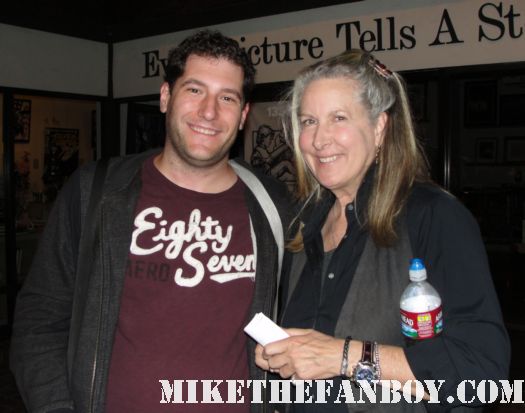 10:15 p.m. – Okay, I’m really excited that I just got a photo with Velda Plendor! I’m actually very taken aback at how excited I am! LOL…

10:21 p.m. – Oh, there’s Gary Cole… He is darting out like a bat out of hell… He is signing for people though, but not stopping. I got my poster in there and he signs it, but let’s just say there was no chatting about films of his past! LOL…

10:43 p.m. – Okay, there she is I see her… Shelley Long is about to leave. I even see her taking a photo with someone inside… A collector just came out and said Shelley Long sat down in a chair and just formed a line and signed for everyone… Killing me!

10:44 p.m. – Shelley is coming out and security is with her… They tell us, “She’s not signing folks.” Shelley is talking though and some of the dealers are trying to wear her down… She says to us, “Guys, I’ve been doing this for an hour, I have to go home. I’ll be out again!” 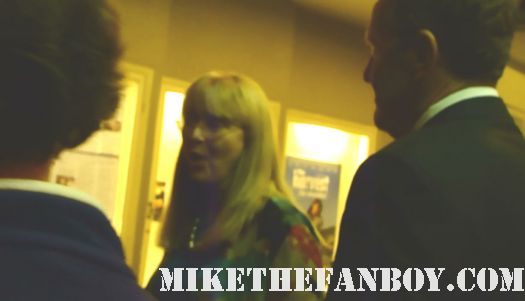 Here’s where I don’t like pushing it. I mean Shelley Long who has never been great with signing, not bad but not great, just spent an evening greeting fans inside and outside… I wasn’t inside, and I wasn’t there when she went in… So, I can’t really blame her, I can blame myself for not being there at the right time, but rightfully I can’t blame her… That’s how I see it, and I know there will be people who disagree so feel free to do so. 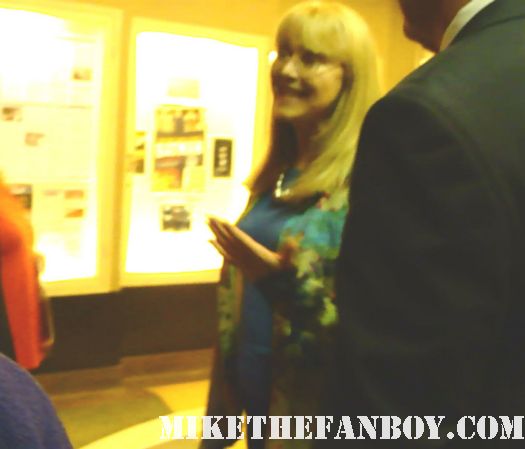 I follow behind the mass of people who are asking her to sign as she walks to her car, but I’m not close… Just in case she gets worn down. But Ms. Long sticks to her guns and says she has to go.

I’m bummed… but like I told Scotty you can’t blame her for not doing it because she did it, just not when we were there! To me that’s not being a jerk or douchey… I have an encounter I’m writing up now that’s pretty douchey as a matter of fact… And the fact that I was able to meet Betty Thomas was a thrill for me. I didn’t realize how big of a thrill until after but it was very cool and salvaged my evening.

Ah well… I’m not worried… I know next time Shelley Long is out I’ll definitely just buy a ticket! 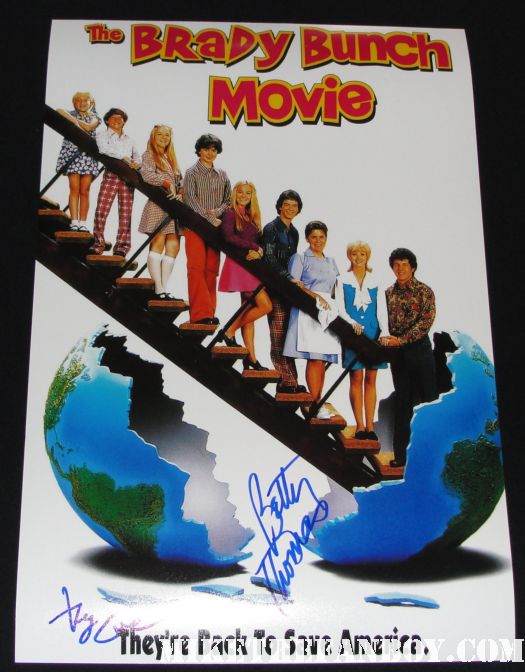