Okay, sometimes you just have to try. There are times when you have a 15% chance to get something but you just never know.

There were only about five people there when I arrived and then Scotty showed. I told him that we might want to make a sign. Why not right? Listen anything that could possibly work. 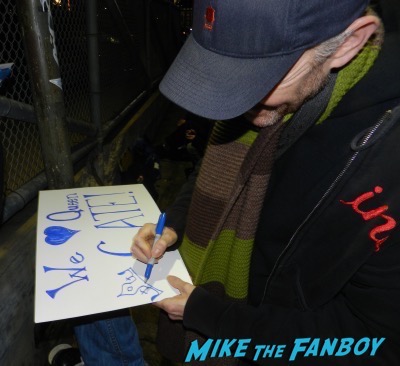 The weather was chilly and frightful. It been a monsoon here in Los Angeles lately, but thankfully it’s been dry today.

Rooney Mara arrived and she said she would sign on the way out.

Okay, and now we wait for Cate Blanchett. Time was ticking out and finally Cate arrived. She went inside right away and pretty much bolted. Doh!

So now we wait. Scotty is convinced that we’re going to be lucky tonight. I’m not so sure.

Then, the door opened and Rooney Mara came right on over to us. 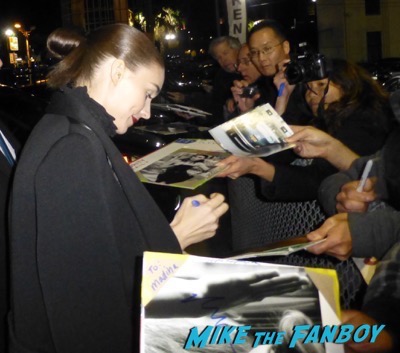 She signed for Scotty then signed my The Girl With The Dragon Tatoo poster. Sadly it got smeared… I did try and fix it though. 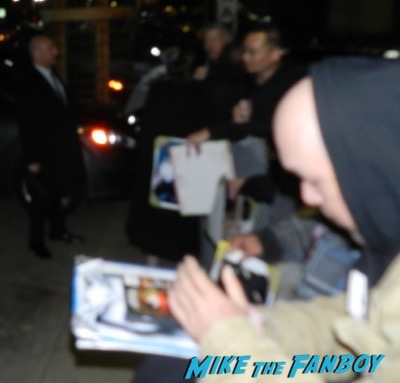 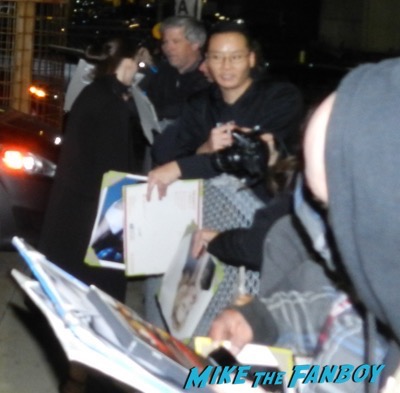 Then Rooney signed my W Magazine as well. That one came out nice.

Rooney Mara signed for the line and then left.

And then… Out came Cate Blanchett. I think I lost my shit. 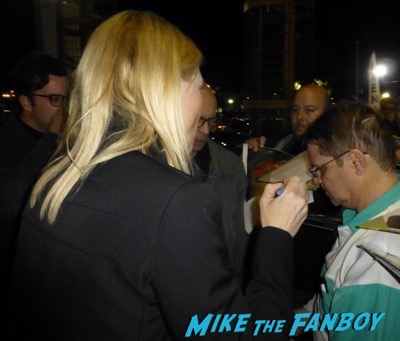 She signed a one sheet for the theater and then… My God she came right on over to us. I about lost my shit. She signed my Lord of the Rings poster that I’ve been trying to get her on for years.

Then she signed my Elizabeth mini poster as well. I about died. Literally, almost passed out and died. 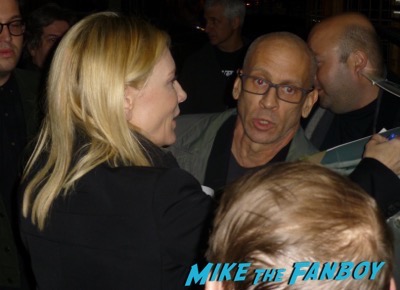 She signed a lot, I have to say, and she was very nice. I couldn’t believe it. 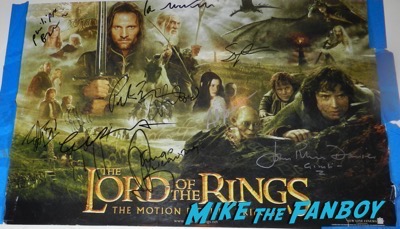 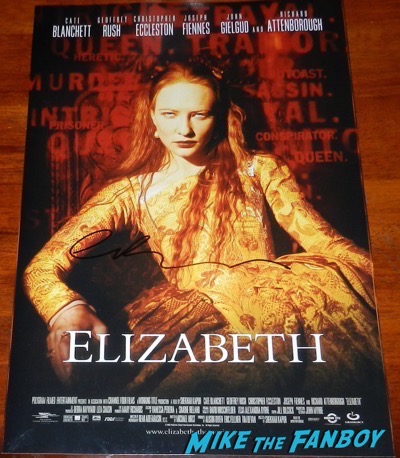 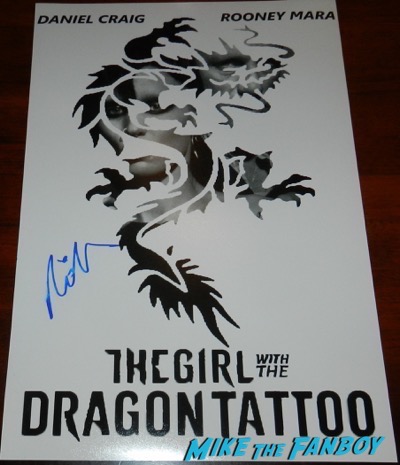 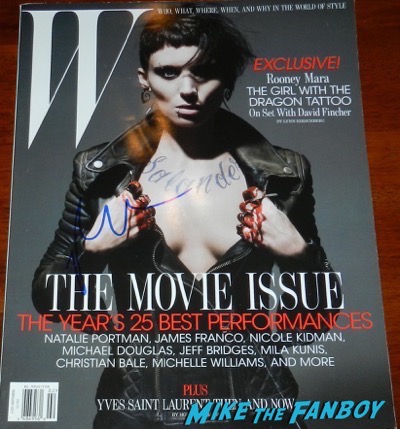