The Novel Strumpet is here to let you know what delicies to devour when it comes to the written word! Strumpie is a huge fan of J.D. Robb and is cracking the pages of Calculated In Death (In Death #36)

I think the Novel Strumpet has a bit of a crush… A crush on a fictional character is still a crush right? It’s just… A Little Crush! CRUSH! Wow, I just quoted a Jennifer Paige one hit wonder… Go Me!

Check out The Novel Strumpet’s crush on Roarke as she reviews Calculated In Death (In Death #36) by J.D. Robb after the jump!

This time Eve and Peabody are called to a swanky office space being renovated, where a murder of an accountant has been poorly staged as a mugging. However, things become a little more interesting when they discover this is a judge’s sister-in-law and that she just got new clients (one of whom owns the building she died in) because two of her coworkers were injured and she had to help cover their work load. So is the motive some personal vendetta against the judge? Nope, it comes down to one of the most common reasons: money. And now it appears that the murderer, who was obviously an amateur, has gotten a taste and likes it. Too much. Oh, and did I mention that the film based on the Icove case is set to debut and Eve and company are getting ready for the red carpet? Well, they’re getting ready, Eve’s trying not to think about it. Crime, however, doesn’t care a bit about splashy Hollywood shindigs. Obviously neither did the author.

My biggest issue with the book centered around the movie premiere. Mostly because it seems to come in as an after thought plot device. Hmmm…where can all these people come together? OH! We can have all the suspects conveniently attending the event. But that turns into just a few pages where Eve’s set herself up as bait for the killer. Because that’s safe for the public. Despite the precautions, the logistics of this would be a nightmare and I’m supposed to believe they set this up practically overnight? Sure. Uh huh. Right. So much potential wasted. I mean the author could’ve had us there longer watching Eve try to be cop amidst all the glam and use the time to sweat her suspects. Argh! I hate it when good plot vehicles are just ignored. 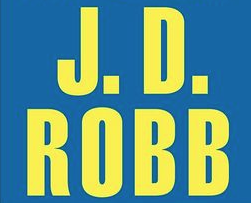 Especially because I just felt like there was too much going on and the book never really got to dig in to anything deep enough. There were too many suspects and not enough time to really form an opinion. Kind of like Agatha Christie, too many suspects but in this book they are not cleverly ruled out. It was just a lot of superficial stuff and rang a little false at times. I guess I’m just use to these books being a little more focused, spend a little more time watching Eve and company play cat and mouse with the bad guys. I kind of missed that. Not enough Eve getting to sweat people into telling her things, or if she did it felt like they gave in too quickly. I guess I didn’t get the usual sense of danger or anticipation I usually get. Maybe I’m just spoiled.

However, I did like that Peabody is getting stronger as a detective and you can see her confidence is continuing to grow. I also like how Trueheart’s coming into his own and you can see he’s going to make a good detective as well. Even if the mystery gets a little cockamamie the personal relationships are there to save the day. The characters just click, it’s nice. And I’ve personally decided that the Fire Chief from TV’s “Chicago Fire” is definitely Commander Whitney. The moment I watched the first episode of that show it just hit me. I don’t know why but there you are. I’ve tried to cast all the characters in my mind but he’s the first one I’ve succeeded at.

I did enjoy the book, it won’t be one of my favorite “In Death” novels but it wasn’t the worse one either. Just kind of meh.

Although Roarke is still MEOW! 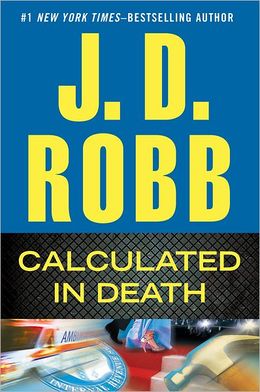