I was just telling someone about The People V. O.J. Simpson the other day and I thought… That’s a Throwback Thurs! Plus John Travolta is in Gotti which is opening tomorrow.

It was an awesome event and the cast was, for the most part, super nice!

The People Vs. O.J. Simpson is one of the best shows on television. Honestly I didn’t think I would enjoy the show as much as I have, however once I was convinced to tune it, I’ve fallen in love with the series. 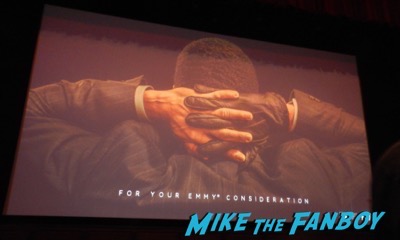 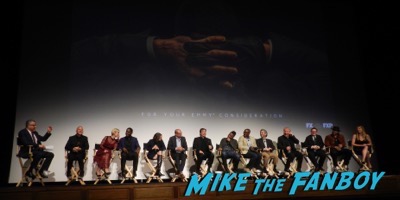 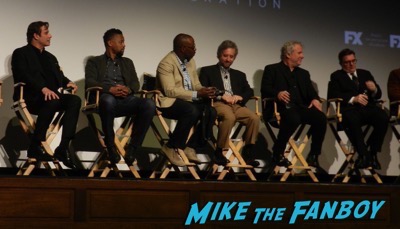 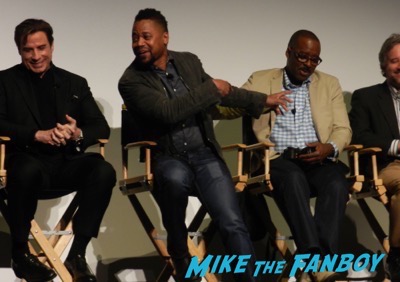 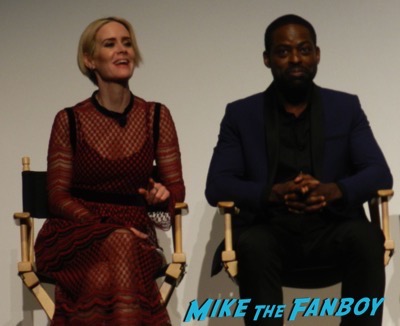 The cast clearly has great affection for each other Sarah Paulson was adorable on the panel and is amazing as Marsha Clark. Sarah Paulson talked about playing Marsha Clark and wanting to make sure she did it correctly.

Both Sarah and Sterling K. Brown who played Christopher Darden said that they read each of their real life counterparts books to get to know them better. 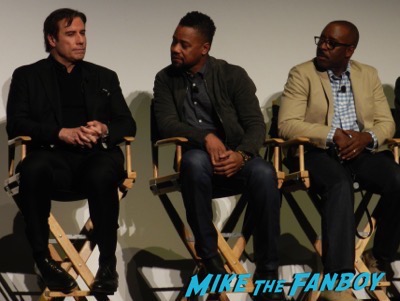 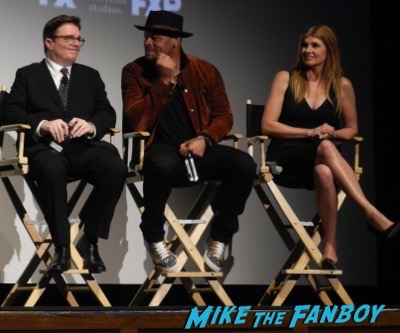 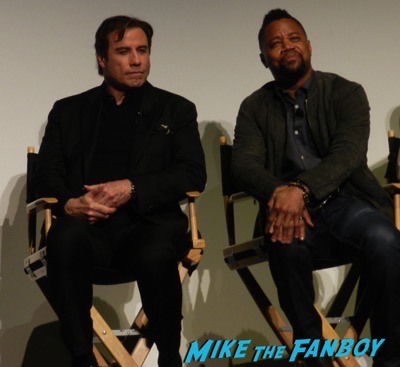 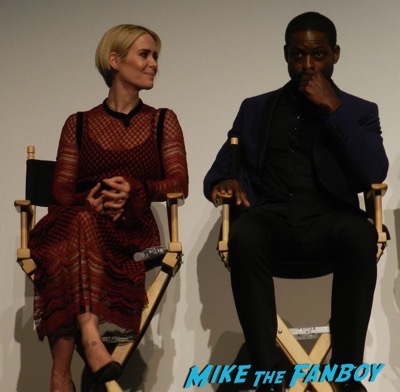 Nathan Lane mentioned that he met with F. Lee Bailey and the only thing he wanted to make sure of, was that the series portrayed Robert Shapiro in a bad light.

Sterling K. Brown said that he reached out to Chris Darden but didn’t hear back. “That was fine. I can understand spending a few months in his shoes why he didn’t take the call. However, I hope that he recognizes a kernel of himself in my performance. Being a champion of the defense and what happened with the acquittal, it was interesting to step into the shoes of the prosecution. My initial perception of Darden was that he was someone who was on the wrong side of history, but he was someone who was trying to do his job.”

Sarah Paulson said that Marcia Clark and Chris Darden would never comment on their relationship publicly but the series took some creative liberties there. “Neither Marcia or Chris ever confirmed that happened…I have my opinions and Sterling has his.” Paulson said.

John Travolta was very lively at the panel. He said he based his role on the studio executives and directors he worked with in his career. A lot were so much like him. 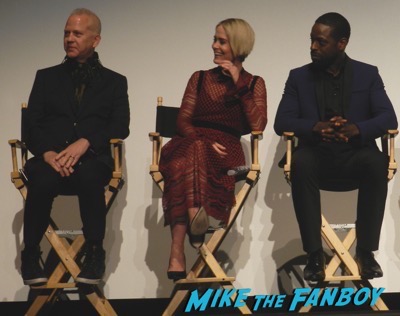 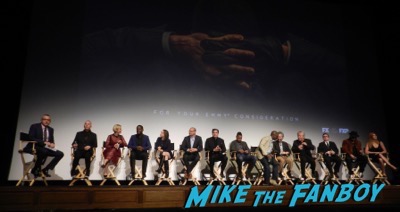 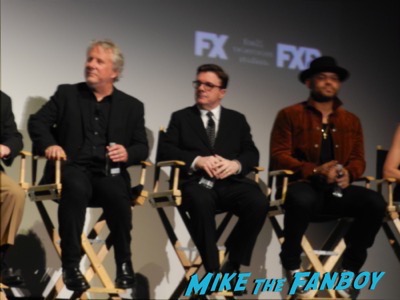 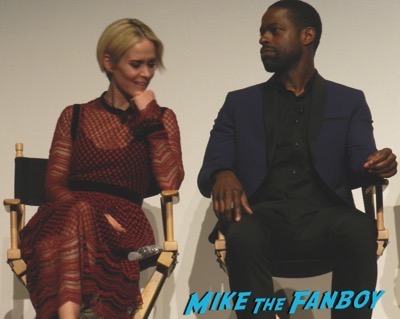 Nathan Lane said that he only had 10 days after signing up to shoot so he didn’t have much time to prepare, but that he was a big fan of the iconic lawyer.

Overall it was a great panel and gave more insight into the shooting of the series. 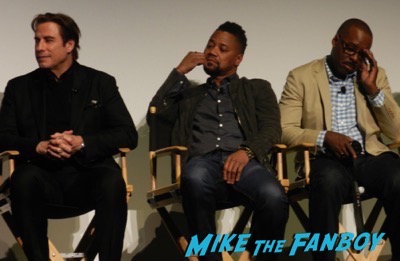 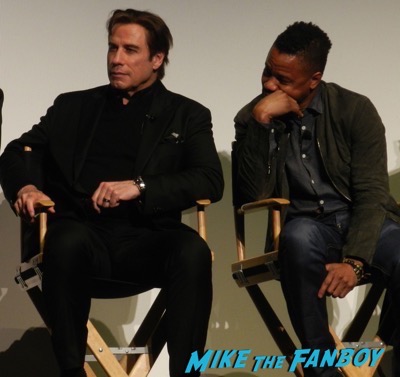 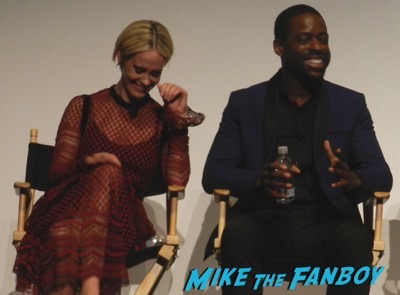 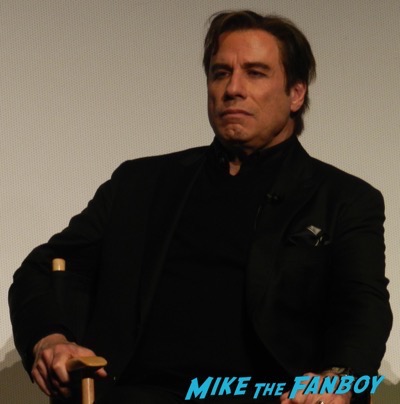 After most of the cast stayed to greet the members of the audience and the fans. John Travolta especially and Sarah Paulson were very kind.

I was able to get a… Ahem.. A few things signed by Sarah Paulson, and John Travolta as well as a nice cast poster as well.

Plus, John Travolta literally took photos with pretty much anyone who asked. Such a nice guy! 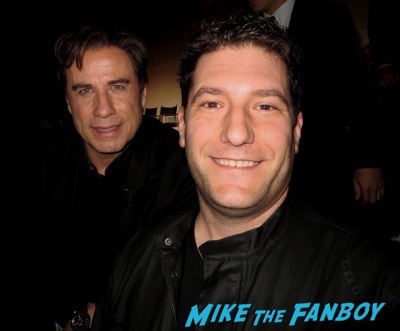 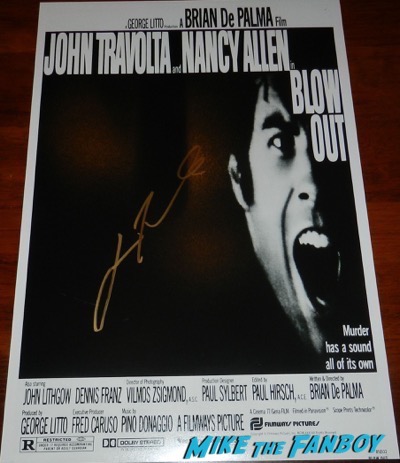 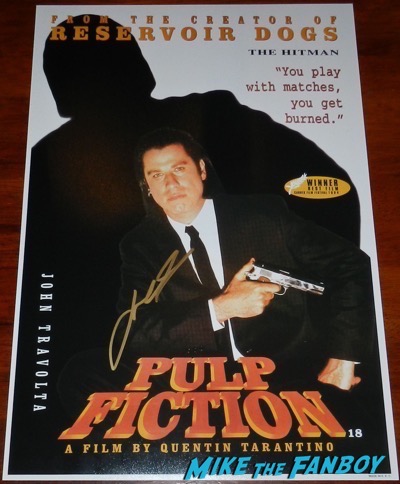 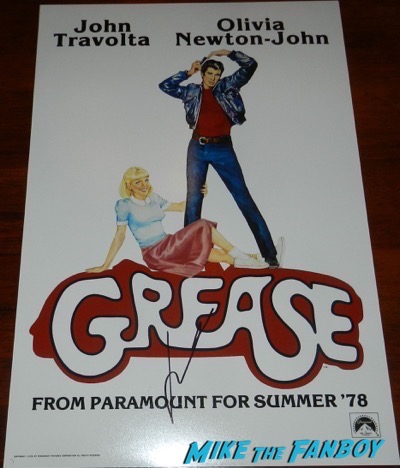 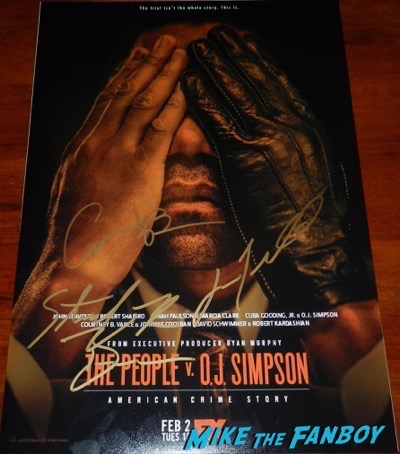 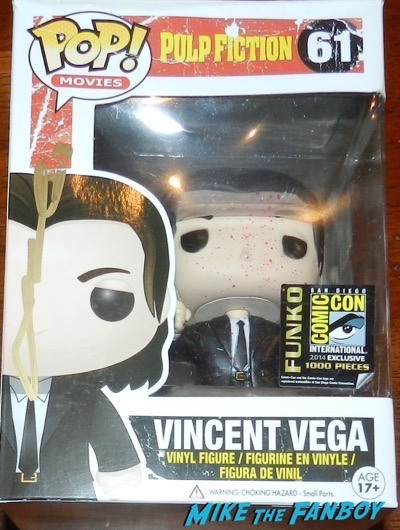 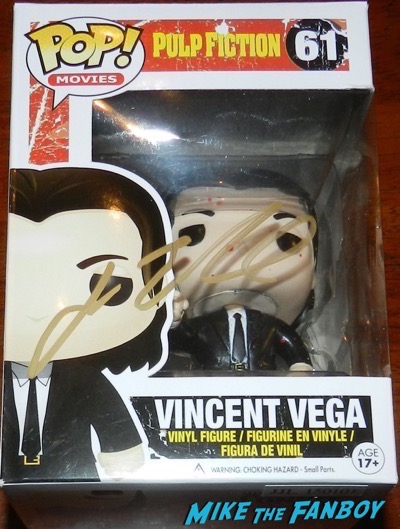 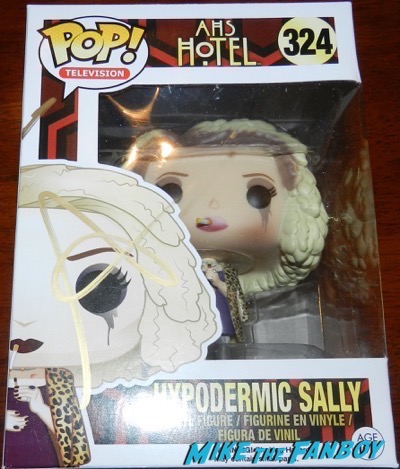 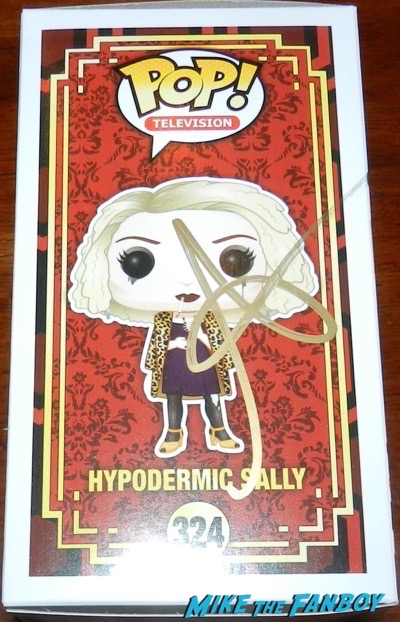 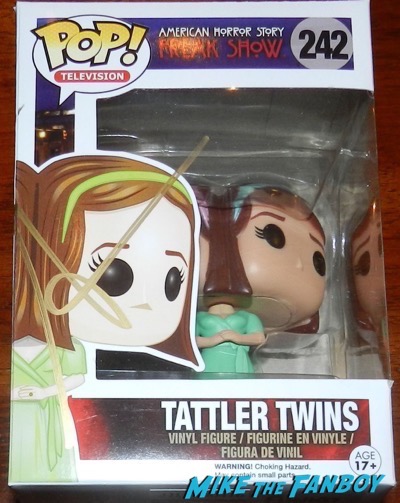 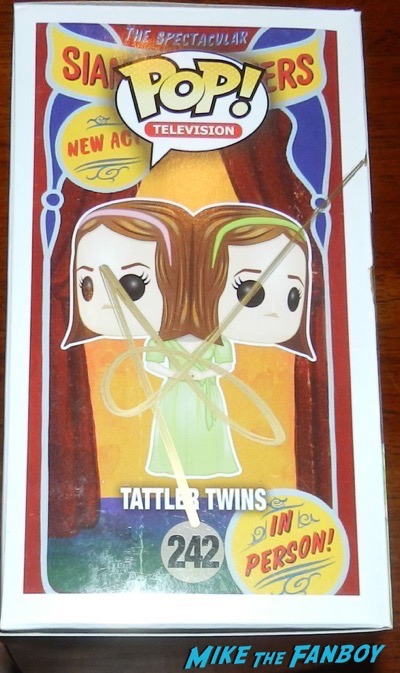