The Punisher is coming to Netflix and to celebrate they had a signing at SDCC with stars Jon Bernthal and Deborah Ann Woll who was also in Daredevil.

This of course is a spinoff of Daredevil which also starred Deborah Ann Woll and which featured Jon Bernthal as The Punisher.

In the morning I was lucky enough to pull a winning ticket and get into the signing.

It was a bit of chaos and madness but the both stars were very nice. 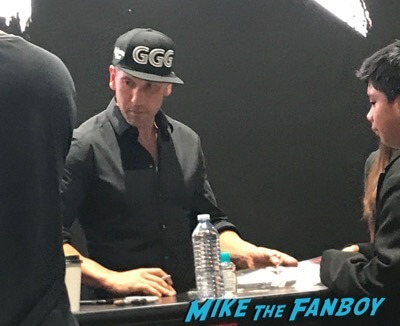 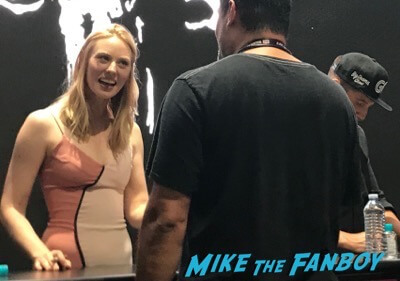 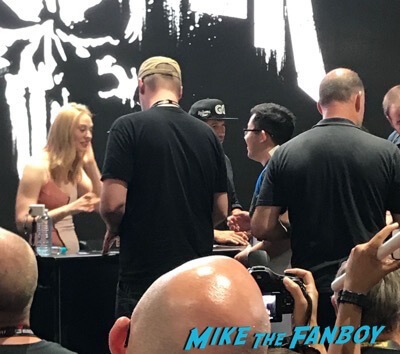 Jon Bernthal has always been a super cool guy and he even drew a Punisher logo under his signature which was awesome. 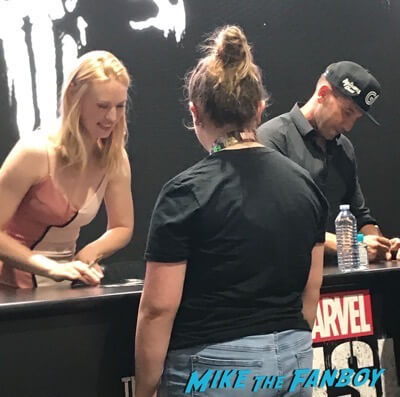 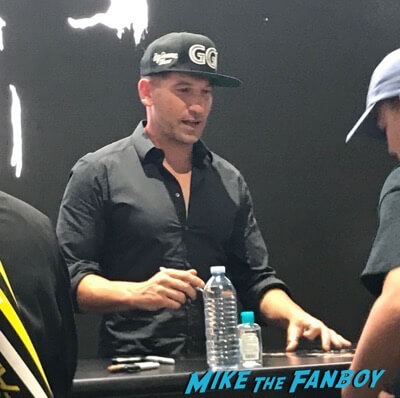 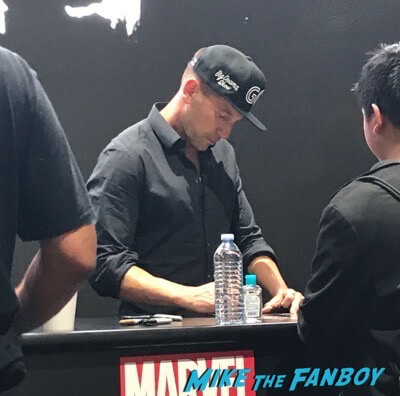 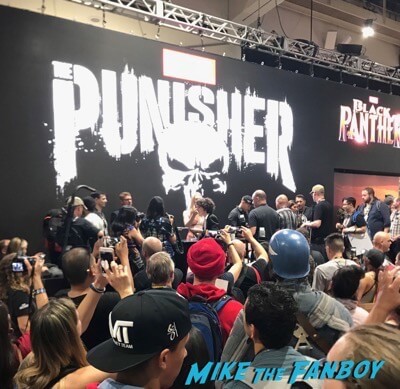 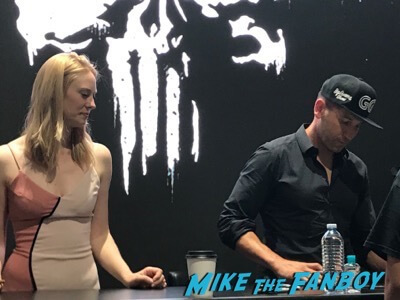 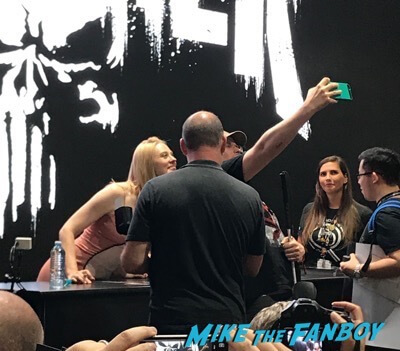 Deborah Ann Woll, who I’ve loved on True Blood was as adorable as usual and also signed the posters really nice.

It was a nice quick signing and a lot of fun! 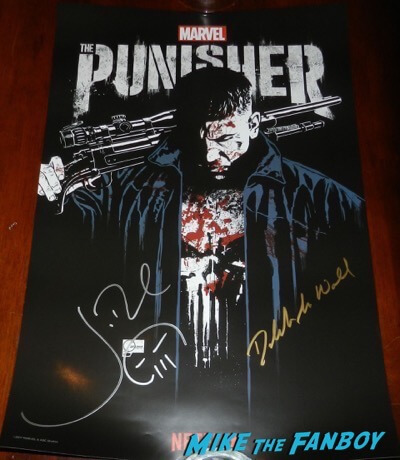