How can you not love Gerard Butler?

I’ve had the pleasure of meeting him a couple times now and he’s always so great to his fans!

This is the first time I met him and it was right after 300 came out. He was so playful and fun. Yelling at people, joking around. I was with some friends and one of them took the pen for him to sign on accident. Gerard yelled, “Scott, fucking Scott! Get me the pen Scott. Fucking Scott!” lol.

It was really funny, you might have had to be there, but it was cool.

Plus, the picture I got was pretty epic!

He’s such a cool guy! And as I was planning my movie list for my birthday this weekend, I was like.. 300… I have to include 300.. and then I thought what a perfect Throwback Thurs! 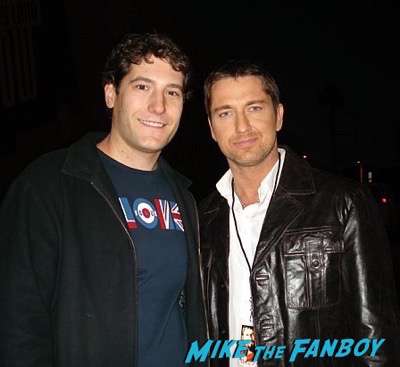