It’s Throwback Thurs, and I thought I would share meeting Venom star Tom Hardy. I heart Tom, such a cool dude.

This was a random night on the town and Tom stopped and was very cool to the fans waiting.

Why? Well… Last night a friend of mine called and was like, “Do you need Tom Hardy? He’s out and we have to leave now.” I was like, “YES!” and then went, “Oh God, that means I have to pull my crap and leave the house.

But my other friend Scott was dying for Tom Hardy and he was like, “Let’s go.” and I went… “well… Fuck!”

So, we rallied, and ran out the door. Sadly, when we got to where we were told he would be, he left 10 minutes earlier. Yikes.

However, he went to another bar and so we went there and waited.

It wasn’t bad, not too many people, it was a nice night.

I brought my Mad Max promo box set, and my Dark Knight Rises poster. I also had my Details magazine and Scott brought his Rock N’Rolla mini poster.

We waited… and waited… I can’t say it was bad, but then a few more collectors showed and I knew it was going to be more of a shit show…

Tobey Maguire showed up and thought he was important even though no one cared. It was kind of funny, I don’t think anyone even asked for a photo with him.

And then… Then it started rain, it started with a drizzle and then turned into a downpour, at least for Los Angeles.

Crap, so we headed for cover and hoped that the rain would stop. 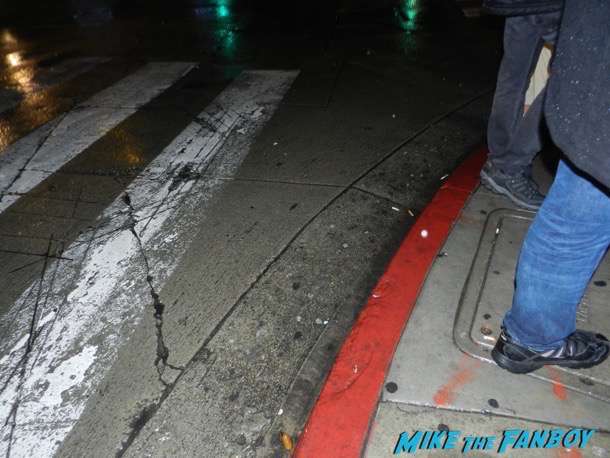 I felt like a wet dog… And my hair was starting to curl. Such first world problems. My blow dried hair was curling! Dammit!

Then, God stopped the rain at the right time.

We headed back out and Tom Hardy left a few minutes later.

I love Tom Hardy, I don’t think anyone else would keep me out until 2:00 a.m. He was really nice and was signing for people. Scott got him on his Rock N’Rolla poster and I had him sign my Dark Knight Rises poster and my Mad Max promo box set. 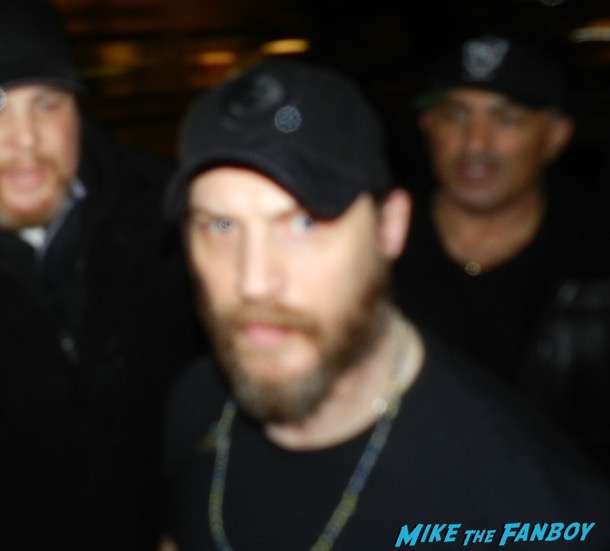 Then He did a few photos, Scott got a little left in the dust there, but when I got my photo he jumped in. LOL.

I have my cropped version… 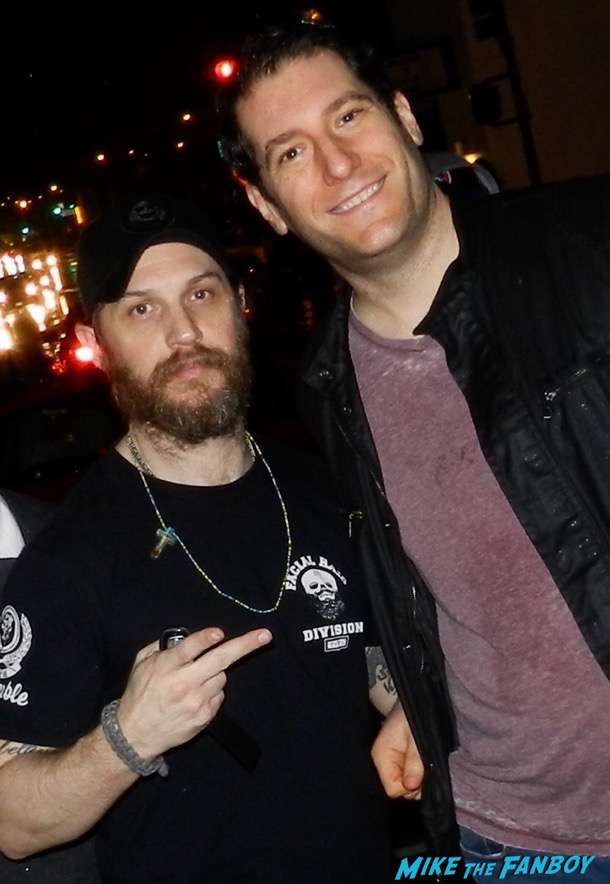 And the one of us together… 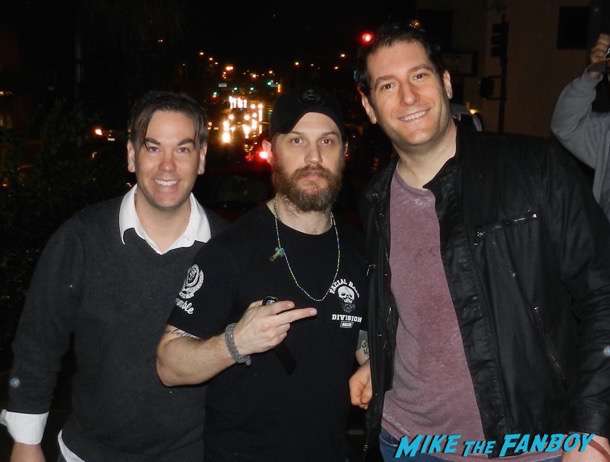 I think both pics are great!

How can you not love Tom Hardy? Such an awesome guy!!!! 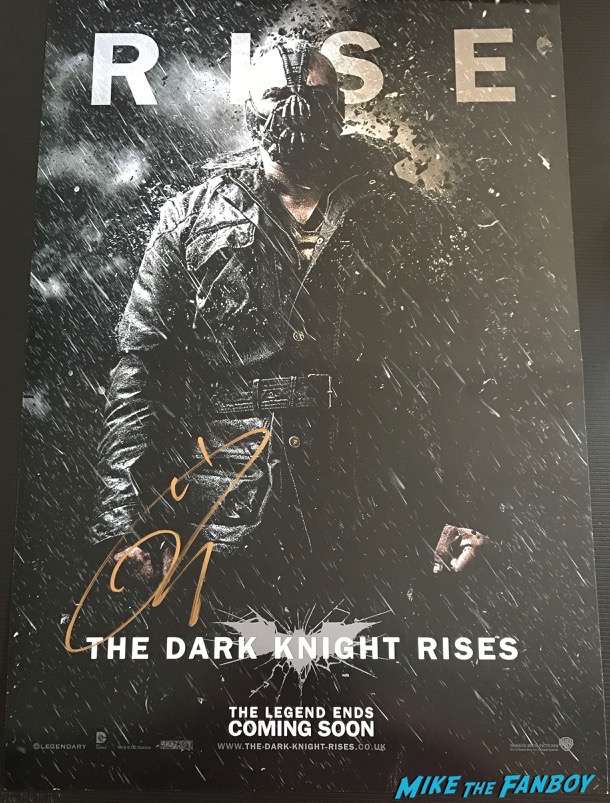 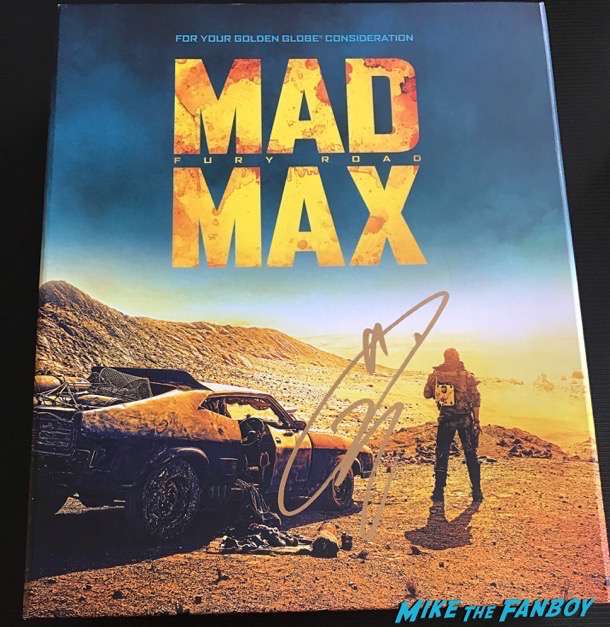