2015 is literally only hours away, and I think it’s the perfect time to look back at the films that made 2014. JM did a fantastic job with his top 10 list this year but he also takes a look at some of the films that were over-rated, over-hyped and disappointed!

It’s awards season, so everyone hears a whole bunch of chatter and JM did a great job of cutting through that.

MOST OVERRATED FILM: The Interview

Before the political satire The Interview garnered controversy I was genuinely looking forward to checking out this film. Unfortunately like many Americans “I jumped on the bandwagon” and immediately rented the movie via the VOD platform and checked it out with my parents during Christmas. Sadly, The Interview was a complete failure with punchlines, bad jokes and mildly entertaining situations. Considering Matt Stone and Trey Parker have made a career mocking high profile political figures in clever, sophisticated satirizing ways and didn’t even attract the same amount of hostility proves people can’t comprehend jokes and are way too sensitive! 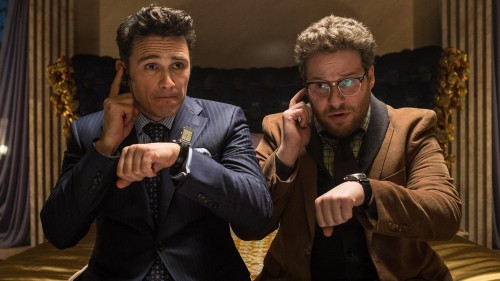 Kevin Smith will always be a part of my life and it pains me to admit it, but he’s completely lost his focus as a filmmaker. Based off a smodcast story, Tusk felt like an overdrawn idea stretched out to make a 100-minute movie. This horror story had its moments and an amazing antagonist, but would have been better if it were part of a Horror Anthology series like Masters of Horror or a Twilight Zone episode. Mr. Smith please go back to making sophomoric films instead of “finding yourself” as a director with mediocre movies attempting mainstream appeal. Just stick to what you know. Please (I’m so sorry I had to write those words, but sometimes you need to hear the truth). By the way, this is from someone who bought tickets to two different screenings opening weekend! 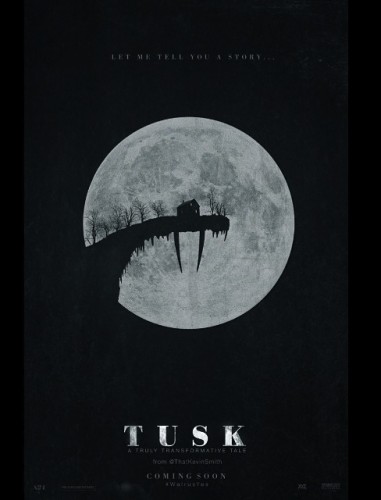 Lars Von Trier is a brilliant, bold filmmaker, who always seems to find controversy every time he releases a film. Whether you love or hate his films, he’s one of the few true auteurs pushing the limits and relishes getting out of his comfort zone. Nymphomaniac Volume 1 contains some of the strongest performances of the year and was definitely one of the most entertaining movie experiences. However, Volume 2, like the second half for many films, “dropped the ball” and was not nearly as good. The quality definitely dropped off leaving viewers unfulfilled and received merely a tease with the first part. Shame because the film was a pretty cool concept. 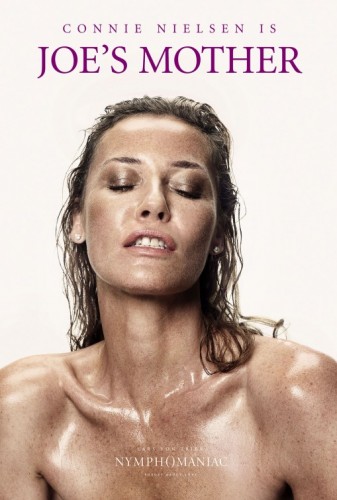 There’s no way I could like a remake based off one of my favorite childhood films…. could I? Honestly, I got dragged to see Teenage Mutant Ninja Turtles and went in with extremely low expectations. Surprisingly, it was fairly entertaining if you disregard the origin story, April as a “serious journalist,” and the overall “family friendly” quality. If you think of it as its own separate entity, it’s not too bad, but for me there will only be two Teenage Mutant Ninja Turtles outside the comics- the  original cartoons and the first (2) films. 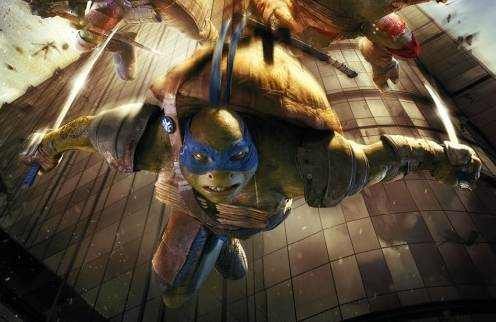 Sure Channing Tatum delivers the best performance of his career and Mark Ruffalo revels in another spectacular supporting role, but two great performances don’t mean a film is great. It just shows certain performances can overshadow and cloud consumer’s opinions about a mediocre movie. Considering all the praise Steve Carrell received all year round about his performance I felt ANYONE could have put on the makeup and fake nose. His presence in the role made no real difference 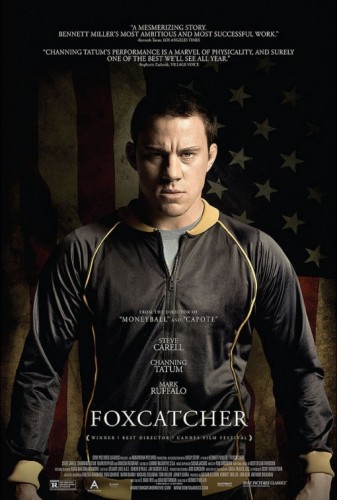 Best Damn Movie of the Year! This movie masterpiece will go down as one of the best coming of age stories and best films of the 21st Century. Sure that seems ludicrous to say at the present, but so did filming a movie over 12 years with the same cast. Richard Linklater’s visionary film contains compelling performances from breakthrough actor Ellar Coltrane, Ethan Hawke, Patricia Arquette, and his daughter Lorelei Linklater. An extraordinary, exciting movie, there’s no reason why you should miss this film. Although some might feel weary about the running time (2 hours 45 minutes), this movie feels like an amazing time capsule and is the film experience of the decade! 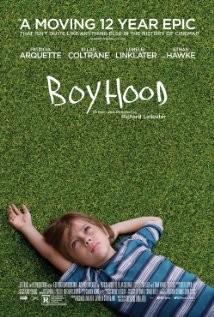 For most of the year, Wes Anderson’s astounding, gorgeously constructed Grand Budapest Hotel was my number one film. Like most of his films, this clever comedy contained an amazing assortment of actors and supplied a wild, wonderful story. Arguably his best film since The Royal Tennenbaums, Anderson’s visually stunning offbeat story stars Ralph Fiennes as legendary concierge Gustave H, who is accused of murder and how his friendship with lobby boy Zero Moustafa might save his life. This exciting, eccentric movie is downright silly at times, but it’s a delightfully imaginative film that will give you a big smile. 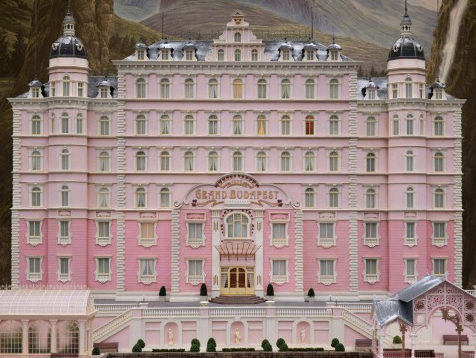 Solid acting moves you, but great acting evokes overwhelming emotions whenever that individual is on screen. Great character actor J. K. Simmons stuns as the spellbinding, sensational determined Jazz teacher Terence Fletcher, who demands perfection and absolute dedication with his infamous Shaffer Jazz band. Miles Teller plays prodigy, Andrew Neiman, who idolizes classic drummers like Buddy Rich and aspires to be one of the greats. Co-leads Simmons and Teller deliver breakthrough performances in director Damien Chazelle’s sophomoric effort that will leave you screaming, cursing and crying. This sharp, rhythmic story provides an uncompromising glimpse into aspiring to be great and contains one of the greatest villains ever created for the silver screen. If Simmons doesn’t win the Best Supporting Actor, the Academy should be ashamed. 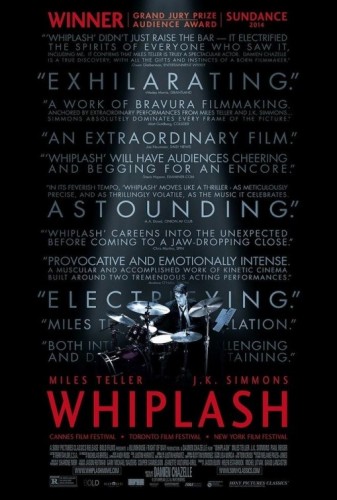 Biggest regret of the year was not seeing this spellbinding sci-fi epic on the big screen. Korean director Bong Joon Ho (The Host) knocks it out of the park with a film about global warming survivors fighting to stay alive on a perpetual-motion train. In the year 2031, Curtis Everett (Chris Evans) leads a rebellion with his fellow tail inhabitants including Jamie Bell, Octavia Spencer and John Hurt to overthrow Wilford (Ed Harris), creator of the train. Considering this is Bong Joon Ho’s “English” film directorial debut, this film succeeds on so many levels: acting, production design, special effects, cinematography and sound design. Without a doubt, this disturbing dystopian fantasy is a must see action spectacle worth discovering. 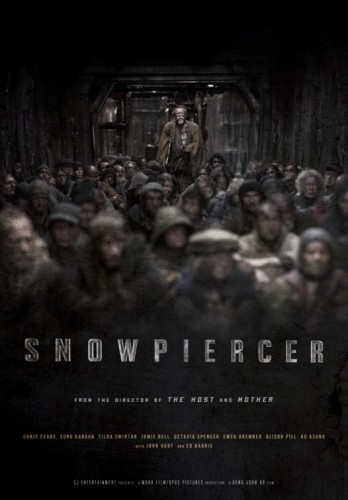 Chris Rock raucous comedy Top Five was hands down the funniest film of the year. This clever, creative comedy from writer-director Chris Rock contains some of the funniest film sequences I have seen in a long time. The film contains a bevy of stellar supporting roles ands cameos that will leave you in stitches. Rock stars as Andre Allen, a self-loathing comedian who has resorted to making mediocre, yet successful franchise films and attempts to finding his former glory by promoting a more serious film. While being interviewed by New York Times reporter Chelsea Brown (Rosario Dawson), Allen reflects on his past and realizes being famous isn’t all its cracked up to be. Throughout this film I found myself laughing nonstop and constantly trying to catch my breath, especially when Anders Holm (Workaholics) appears. 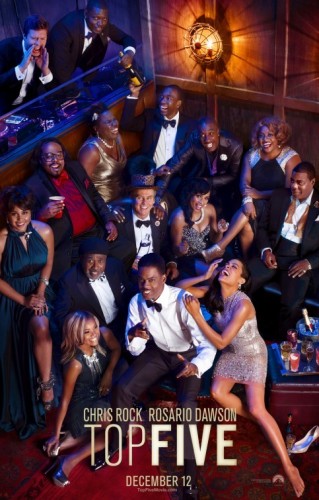 Seductive Scarlett Johansson. Check. Interesting concept. Check. Film worth discovering immediately. Double check. Marvelously helmed by Jonathan Glazer (Sexy Beast), Johansson stars as a mysterious alien seducing strangers throughout Scotland. In her strongest performance to date, Johansson is mesmerizing as she picks up complete strangers (most of whom were played by non-actors) and revels in this deeply disturbing horror/sci-fi film. This haunting, hypnotizing film will leave you begging for more, yet fully satisfied once its ends. One of the best sci-fi films I have ever seen. 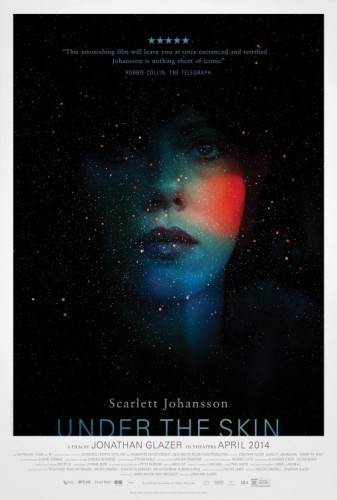 This is the one of two films on my Top 10 List I saw multiple times in the theater and David Fincher’s fantastic thriller was worth it every time. Ben Affleck delivers another astounding performance under the guidance of Fincher’s brilliant direction. However, the real surprise is Rosamund Pike’s pitch perfect performances and the surprising supporting cast including newcomer Carrier Coon, Kim Dickens, Neil Patrick Harris and Tyler Perry (Yes, the Madea guy). Similar to classic thrillers with femme fatales like Fatal Attraction and Basic Instinct this will be a film fondly remembers decades down the line. 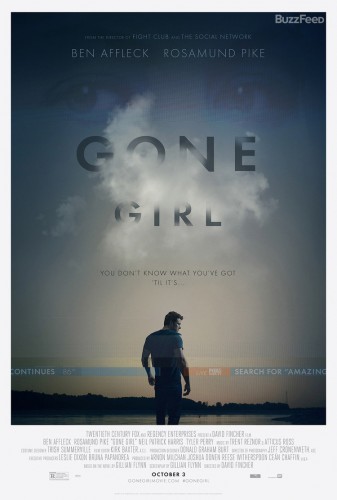 Michael Keaton is back, much like John Travolta in Pulp Fiction, rising from the ashes nearly 20 years ago. Although the similarities between Keaton and the Birdman actor are pretty remarkable, the film by Alejandro González Iñárritu is really the director overcoming the rapid success the director faced after Babel and Biutiful. This dazzling, jaw-dropping dramedy delivers an audacious backstage satire well-worth your time comprised with an enthralling ensemble cast giving some of their strongest performances. 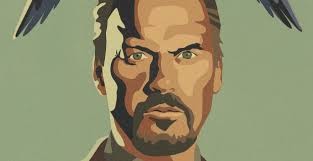 In the not too distant future, filmgoers will be asking who is Domhnall Gleeson and Frank showcases the rising star’s immense talent. Twitter advocate and aspiring musician Jon stumbles across an interesting band, Soronprfbs, whose lead singer (and titular character) Frank wears a gigantic head (Michael Fasbender). The angst, genius rock group is too Avant garde for audiences, but what happens when Jon’s new spirit interfuses with the intellectual, intense band? Mainstream access or downward spiral? The spellbinding soundtrack is worth downloading right away and contains two spellbinding performances by Fassbender and newcomer Gleeson. 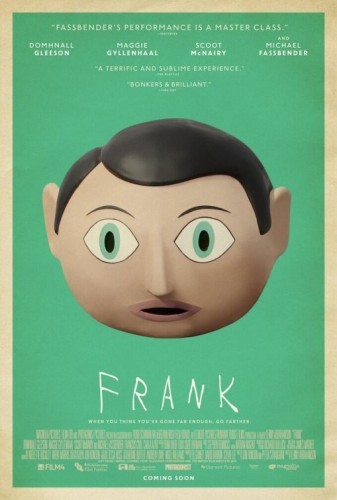 10) THE LEGO MOVIE/THE GUARDIANS OF THE GALAXY

Everything is Awesome! Chris Pratt certainly had one helluva a year and I believe he deserves at least a mention here with these two films. Both were fantastic films each worthy of a mention and certainly succeeded delivering hours of entertainment. No matter your age, both movies were good on so many levels. Yes, it’s cheap to put a “tie” in a TOP 10, but it’s my list dammit so deal with it. 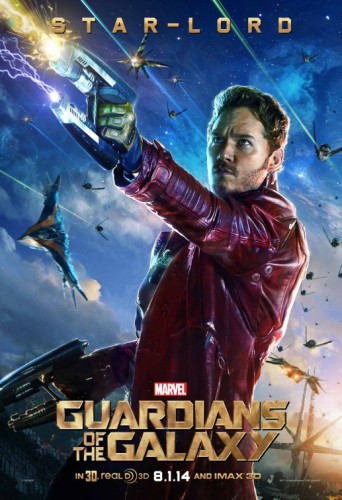 Tweet Pin It
Tags:10) THE LEGO MOVIE/THE GUARDIANS OF THE GALAXY   Everything is Awesome! Chris Pratt certainly had one helluva a year and I believe he deserves at least a mention here with these two films. Both were f, best films 2014, best movies 2014, both movies were good on so many levels. Yes, but it’s my list dammit so deal with it.  top 10 films of the year, foxcatcher overrated, it’s cheap to put a “tie” in a TOP 10, top 10 movies of 2014, top movies 2014, top movies of 2014, tusk worst movie, worst films 2014, worst movies of 2014