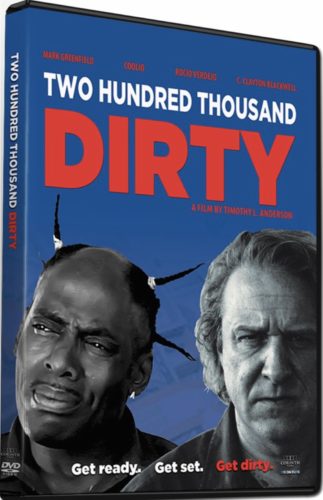 Pretty pedantic and perplexing, “Two Hundred Thousand Dirty” is an excruciating experience for 90 minutes. This muddled murder-for-hire is ideal for those wanting to watch a silly, bad black comedy.

Stuck in their dead-end jobs at Affordable Mattresses, Rob (Mark Greenfield) and Manny (Coolio) are two hopeless, hotheads working in a decrepit strip mall. These two troglodytes are the epitome of unsophisticated, unsuccessful and unrefined. As mattress “salesmen,” Rob and Manny spend more time taking breaks and hanging out than doing any actual work. After their cantankerous store manager Preston (Kenneth McGregor) hires Isabelle (Rocio Verdejo), the trio become inseparable and suddenly work becomes tolerable. However, their lives completely change when Isabelle pitches a murder-for-hire scheme to kill her ex-husband and collect $200,000. But what could go wrong? 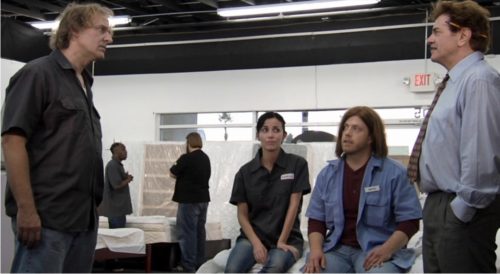 Opening scenes in comedies can make a huge impact and influence the rest of the film. Sadly, “Two Hundred Thousand Dirty” descends into a depressing and boring film after a hilarious five minutes involving a dominatrix ex-girlfriend, a “John” tied up as a Native American and a guy in a rabbit costume.  The ridiculous randomness never quite recovers and the filmmakers are clearly trying too hard to be an artsy irreverent funny film or a Coen brothers’ comedy with the “The Big Lebowski” coming to mind. Although technically a black comedy, “Two Hundred Thousand Dirty” might be a best described as a shameful swearfest and bleak comedy.

Foul language and vulgarity occasionally can do the trick, but when every other line of dialogue is a curse word… its insufferable to watch. Filmmaker Timothy L. Anderson focused too hard on making a Tarantino or Scorsese movie with the constant coarse “dialogue,” but failed to focus on anything else. Imagine “Dumb and Dumber” instead with two hopeless, lackluster losers with no redeeming quality in a boring bland comedy cursing all the time. Heck, if they were remotely funny it might be somewhat passable. If reimagined as an urban comedy a la “The Wash,” a stoner comedy or even as a criminal comedy (hustlers, conman, etc. put in a sticky situation), then it could conceivable work. Instead two fortysomethings wasting their days bullshitting with minimal mundane everyday comedy can’t entertain and justify the watching experience. 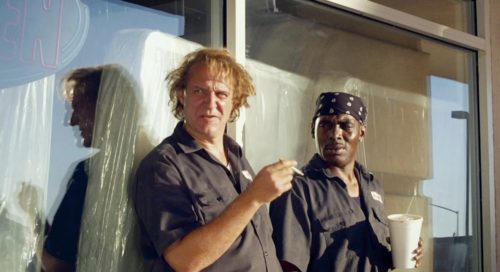 Mark Greenfield genuinely gives off Danny Aiello vibes, especially “2 Days in the Valley” and “Hudson Hawk,” but instead of an interesting dynamic with his partner in crime you get Coolio playing Coolio. For those wanting a “bad movie” experience, this is perfect for those late-night comedy vibes minus the laughter. Unless you’re looking to waste the time don’t bother. The DVD release does include several special features including an audition video, music video and trailer.

Available on DVD and Digital