I admit it. I am an unabashed fan of Danny Boyle. He is hands down one of the finest filmmakers working today. Whether he’s using the backdrop of a gameshow in Slumdog Millionaire or telling one man’s journey in 127 Hours, he has a unique and singular voice. One of his best films, is the Hitchcockian thriller Shallow Grave. It’s a very simple story, yet extremely engaging. This is the kind of story Danny Boyle excels at. 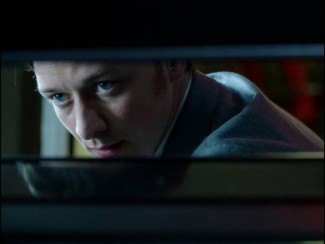 Which brings me to his newest film Trance, hitting DVD and blu-ray. Trance is another simple story that in less skilled hands would feel slight. Simon (James McAvoy) is an auctioneer, who is trying to orchestrate a plot to steal Francisco de Goya’s famous painting “Witches in the Air.” In the midst of stealing the painting Simon gets smacked on the back of the head and gets amnesia.

When his partners come knocking at Simon’s door for their share, Simon has no memory of where he stashed the priceless piece of art. Plus, there’s this small issue of Simon double crossing everyone, including Franck (Vincent Cassel). Not one to take this lying down, Franck and his partners torture Simon to try and figure out where the painting is. Unfortunately, Simon still can’t remember so he heads to hypnotherapist Elizabeth Lamb (Rosario Dawson) to hopefully probe his mind so he can remember. 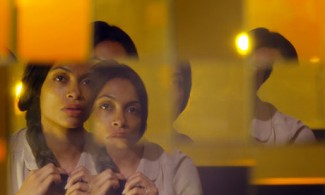 From there it’s a series of false positives, twists, turns and fun. I think only Danny Boyle knows for sure what is real and what is imagined but I have to tell you, the ride is amazing. I really can’t wait to watch it again to see how it all came together and I think it’s only going to get stronger on repeated viewings (unlike say Donnie Darko… Sorry had to be said). 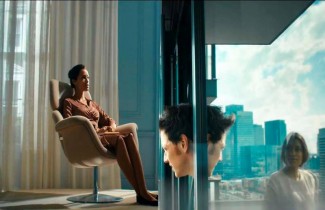 The way Danny Boyle plays with the music, colors and mood of the film is extraordinary. In fact, more than any performance (which are all strong by the way) it’s Boyle who uses the style to his advantage to tell the story and not get bogged down by it. Too much style in general kills story for me usually, but here the style of the film is almost a character in and of itself. 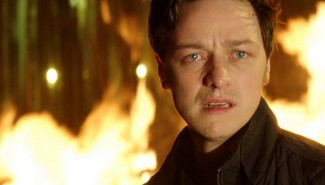 James McAvoy, generally speaking plays the nice guy and I’ve become a fan of his over the years. Here he’s allowed to let his dark side come out and it’s awesome. It’s almost a trademark of his to play up the every-guy neuroses in his characters and here he amps it up to the point where Simon is always on the cusp of snapping and it’s all organic and real. 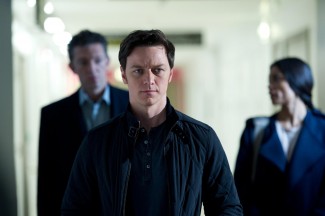 Vincent Cassel is also equally great as Franck who in lesser hands could have become a stereotype movie villain. However, the real treat… That’s Rosario Dawson. Damn… And I do mean Damn. She’s amazing. All at once she plays Elizabeth Lamb as innocent, vulnerable, sexy, just layer after layer being stripped away. And she does it with ease. I’ve liked Rosario Dawson, but this is the first time I think she’s been given her time to shine.

The bonus features include 7 deleted scenes, which while nice for reference don’t add much and 4 making of Trance featurettes. The featurettes are again nice for those of us who love delving deeper in the filmmaking process but aren’t going to jump up and down with glee. The most interesting bonus feature is the short film Eugene by Spencer Susser. Make sure and give that a spin.

Overall, I highly recommend giving Trance a chance. It’s an amazing film that didn’t get it’s fair due in theaters. It’s multi-layered and mind bending. If you enjoyed Inception than make sure and check this out. 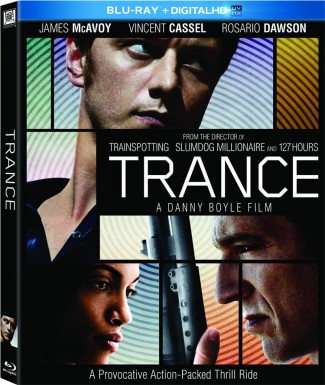 Trance is out now on DVD and Blu-Ray!