Degenerate gambler Howard Ratner (Adam Sandler) runs a successful jewelry shop in New York City and is always looking for the next best thing. Like Icarus flying too close to the sun, Ratner manages an interesting tightrope act trying to balance his personal and professional lives. After coming into possession of rare Black Opals from Ethiopia, Ratner befriends Boston Celtics superstar Kevin Garnett after being introduced by mutual friend Demany (LaKeith Stanfield). However, things take an unexpected turn when Ratner’s ridiculous gambling addiction starts impacting all aspects of his life. 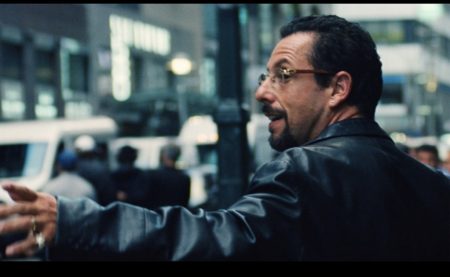 Considering contemporary Jim Carrey acted in more prestigious films during the height of his career (“The Truman Show” and “Man On The Moon”), Adam Sandler slowly has embraced more challenging roles redefining his legacy as the years have passed. Unlike most who want to drastically alter an image, Sandler carefully selects challenging roles and more often than not exceeds expectations with some of his strongest work. With the exception of the misfires “Funny People” and “The Cobbler,” both Paul Thomas Anderson (“Punch Drunk Love”) and Noah Baumbach (“The Meyerowitz Stories”) elicited some stunning performances out of the Sandman with defining dramatic performances. However, for most, Adam Sandler will always be “Billy Madison,” “Happy Gilmore,” and “The Waterboy.” There’s nothing wrong with making movies with your friends and being The Goofball, but at what point do you actually grow up?

Sandler endured some anger management and finished reading some bedtime stories before he realized its times for a do-over and to just go with it in order to be the best performer possible when the opportunity arises. Howard Ratner’s remarkable seesaw lifestyle both impresses and angers you with how exciting Sandler manages to navigate constantly being on the fringes of success and failure. The genuine, gritty approach undertaken by Sandler solidifies a pitch-perfect performance to create an exciting, yet exhausting thrill ride with “Uncut Gems.” After the initial adrenaline rush of recognizing Sandler with his prosthetic teeth, you immediately embrace and accept his character wholeheartedly. Casting Adam Sandler as a slime ball diamond dealer proved to be the perfect gamble for the Safdie Brothers. As a result, they’re slowly shifting from the indie outskirts to becoming more mainstream accessible. 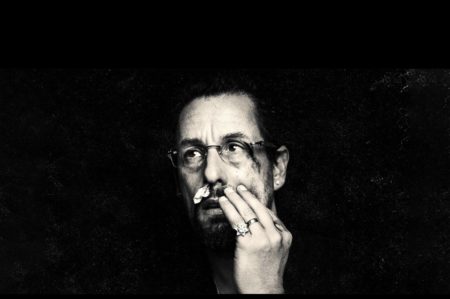 Josh and Benjamin Safdie burst into consciousness after their second film “Daddy Longlegs” garnered attention at the Cannes Film Festival and eventually won awards at the Gotham Independent Film Awards and Independent Spirit Awards. After competing for the Palme d’Or at Cannes with “Good Times” starring Robert Pattinson, “Uncut Gems” demonstrates a riveting, remarkable thriller that will certainly cement them as a must-see directing duo. The captivating cinematography and character-driven film feels reminiscent of classic gritty 70s films. Like owing a bookie money and unable to pay up, the film hits you in the gut countless times before you’re begging for mercy.

Undoubtedly, Sandler delivers a tour-de-force performance, but in a year of unbelievable performances it will sadly be overlooked. Had this movie been made five or ten years ago, without a doubt Adam Sandler would be the frontrunner for all awards consideration. “Uncut Gems” provides an enormous emotional rollercoaster ride, but beyond Howard Ratner it has very few enjoyable and well-rounded characters. Sandler and Stanfield dominate the screen with their cosmic performances, but beyond a few shiny moments here and there by Eric Bogosian, Kevin Garnett, Julia Fox and Idina Menzel “Uncut Gems” feels like fool’s gold. Once you dig beyond the sparkly surface, you’re left wondering how do I truly value the film overall? The beginning and especially the ending are phenomenal, but it’s everything else in between that makes it difficult to process if you struck gold. “Uncut Gems” might be unique and unsettling, but for those not wanting to see only a profound performance or another Safdie Brothers film, there’s nothing wrong with taking your bets elsewhere looking for a different score.