I love it when Mike The Fanboy gets new people writing in! Especially the collector’s who are cool! So, please give a warm MTF welcome to Billy Beer! LOL… Billy is a really cool guy, he has to be to put up with CB all the time, lol… But seriously, he’s a great guy.

For Billy’s first report, Billy headed out to meet a couple of Victoria’s Secret models Candice Swanepoel and Miranda Kerr. I remember telling CB about this event a while ago, and I’m glad that he and Billy had the opportunity to go!

Check out Billy’s first article after the jump!

Victoria’s Secret Angels Miranda Kerr and Candice Swanepoel come down from heaven to pose with fans!

Introducing, Billy Beer! It was finally time to break the Mike the Fanboy seal. Get ready for an intoxicating story of risking my life to be with 2 of the most beautiful women in the world. Almost sounds like a James Bond movie!

When I found out the Victoria’s Secret was having two of their Angels come to the Beverly Center for an event, I was quite excited. Just a few days earlier I met Alessandra Ambrosio. This time they were bringing Miranda Kerr AKA Mrs. Orlando Bloom, and Candice Swanepoel.

Now for those of you who don’t know me, I’ve only lived in LA for a few years. I still don’t know where a lot of things are in Hollywood/LA/Beverly Hills. So instead of taking 2 cars, wasting gas, and me getting lost, C.B. was nice enough to offer to drive to the event. Now I’ve driven to places with C.B. before, but usually when we are in a hurry to double dip on some autographs. This time even though we wasted 45 minutes driving to Simi Valley because I forgot the stupid photos, we still had PLENTY of time to get there. I know a lot of you know C.B. is obsessed with the Fast and Furious movies, but that doesn’t mean he has to drive like they do in the movie! I love the movie Pulp Fiction, but you don’t see me with a gimp in my closet. Anyway, let’s just say his “OH FRUIT” bar on the passenger side of his car has a permanent imprint of my hand on it. Doing Tokyo Drift stuff on Mulholland Dr. is not my idea of fun.

Anyway, back to the story. When we got there, there were two lines. There was a VIP line if you bought $75 in bathing suits, and the regular line. 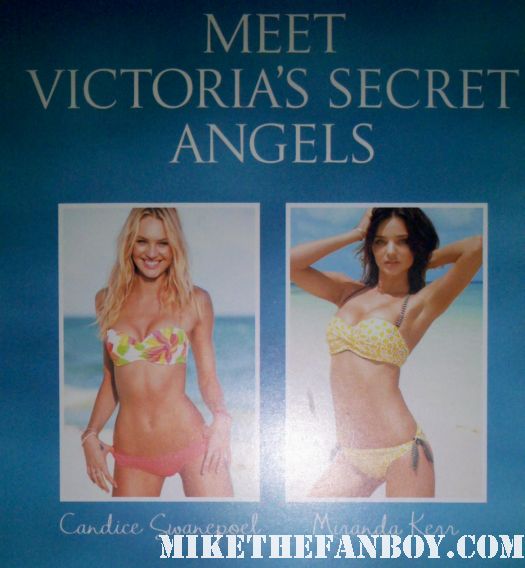 We made our way to the regular line that had 8-10 people in front of us. They had a beach tent set up with a couple of chairs and a camera. There was one more thing, a BUNCH of security. This didn’t look good for graphers. To make matters worse one of the security guards was telling everyone in line, no pictures.

So, after a little over an hour of waiting, you could hear the flashbulbs going. Miranda and Candice finally started making their way to the beach tent. 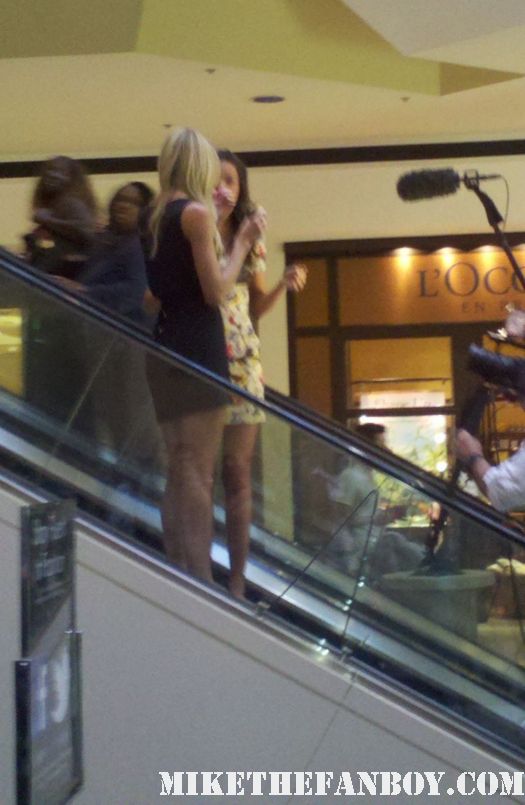 Their first stop, the organic ice cream stand that helped sponsor the event and was giving away free ice cream cookie sandwiches. FINALLY they make their way down the escalator to where we were. WOW! I always thought Miranda was hot, but Candice, WOW! They made their way to their beach chairs, got all dolled up and away they went taking pictures with their fans. 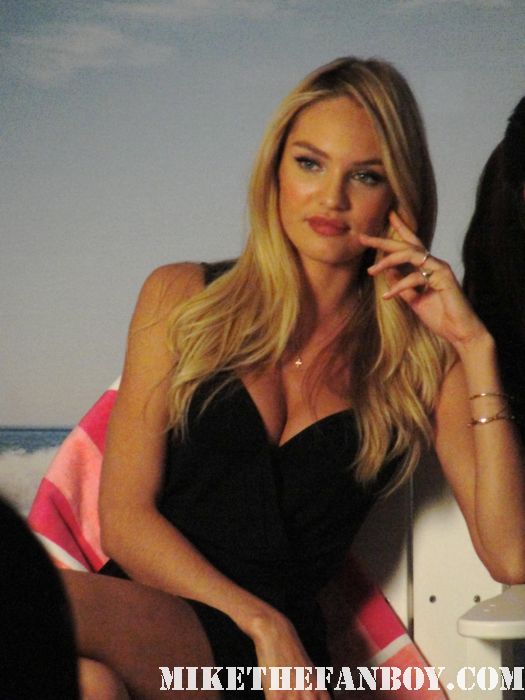 What was great, was they seemed to talk to everyone that went up there. It was finally time for us to go. C.B. went first, then it was my turn. It was hard for me not to stare at these beautiful ladies. They both said Hi, and then the guy took our picture. 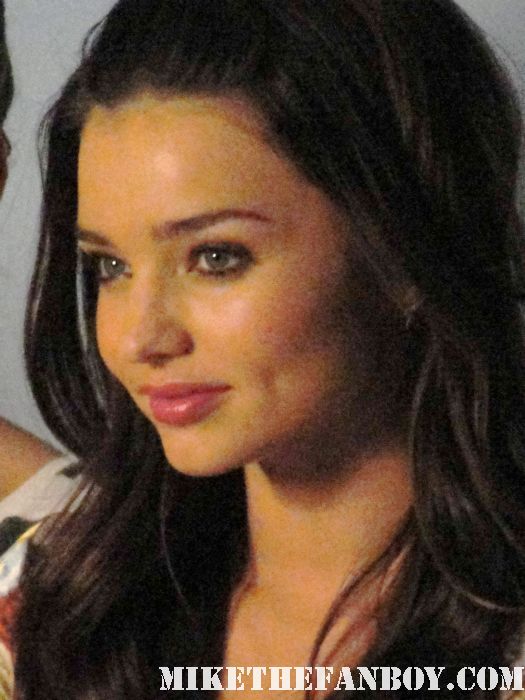 I thanked them for making me look good, which they both laughed at. Then in a matter a seconds they had your picture waiting for you to take home. Great Deal! When it was all over, I took a few pictures of them while C.B. got in line for his free Ice Cream Cookie Sandwich. All in all, it was a great promotion for people who are fans. You got to meet two supermodels, and get your picture with them. For the graphers, better luck next time. 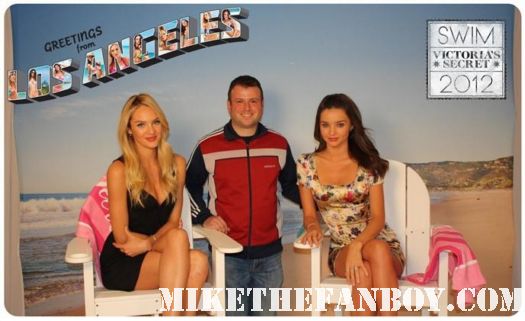