I don’t know why I was thinking of this event today, but it was so so good.

The movie was great and both Jeremy Renner and Elizabeth Olsen were so nice!

As the FYC season heats up, screenings are starting. One of the first of the season I was able to attend was Wind River.

There was a screening followed by a q and a with the cast including: 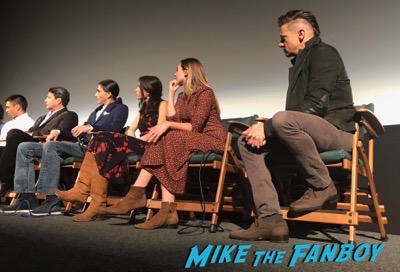 I have to tell you, I wasn’t prepared for Wind River, but it’s an excellent film with amazing performances by the two leads.

The panel was great and everyone is so passionate about the film.

“I didn’t want to read the script for Wind River actually. It took me a year, and I didn’t want to go work. Taylor (Shackford the director) said read 10 pages. I just connected to the loss, to the whole project.” Said Jeremy Renner. 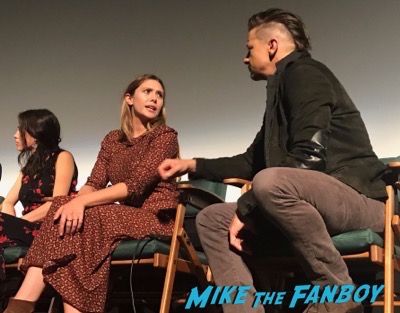 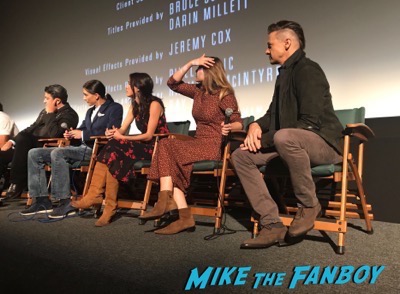 “I think I was… I like hard shoots, but this was very cold. I was game, I loved the story, I loved the film and what it was opening up for the audience. It was a world that confused me, and I didn’t know enough about.” Said Elizabeth Olsen. “It was an opportunity to play a young strong female.” 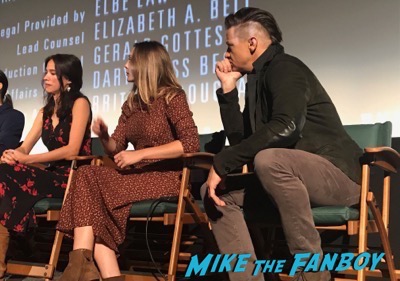 After the panel, everyone stayed and met with the attendees and fans. I was able to meet Jeremy Renner who was very nice. He signed a couple things for me and also did a selfie as well. 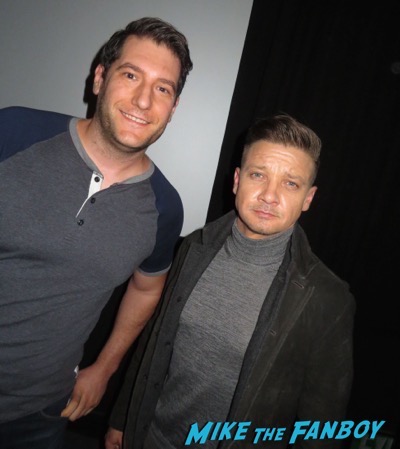 Lisa was nice enough to get my Arrival poster signed by Jeremy and my first photo with him was on a slant. lol. But Jeremy was nice and did another photo. 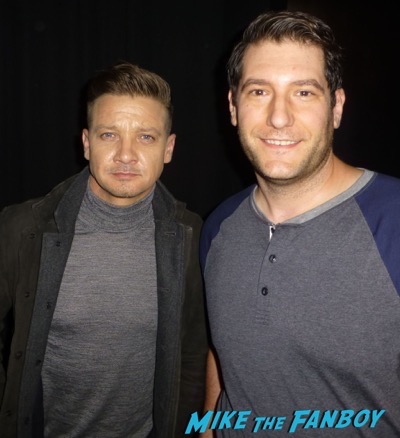 Elizabeth Olsen went the other way but was super nice. She signed my Scarlett Witch poster and my Age of Ultron poster as well.

No one was around to take my photo so I did a selfie, lol. I told Elizabeth that, “I suck at taking selfies.” Elizabeth said, “Oh my God, me too!” 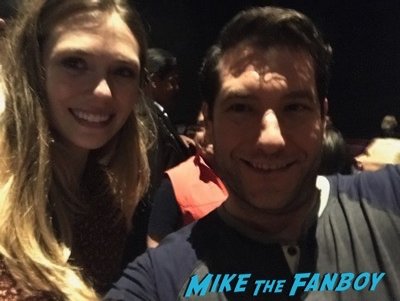 It’s still a cute photo in the moment.

It was a very fun day, and a great start to Awards season! 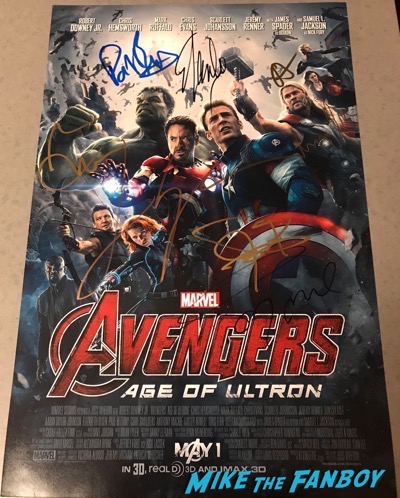 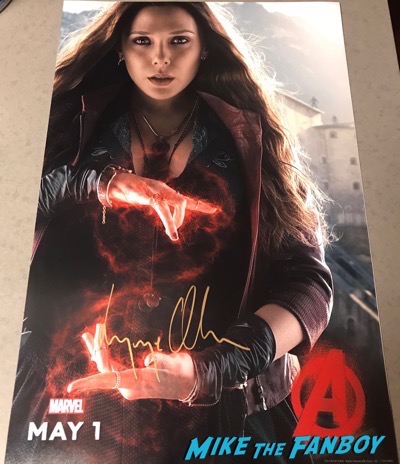 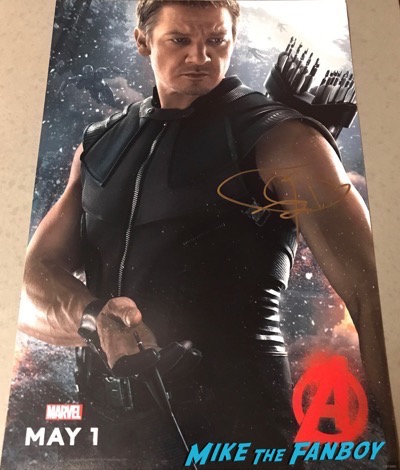 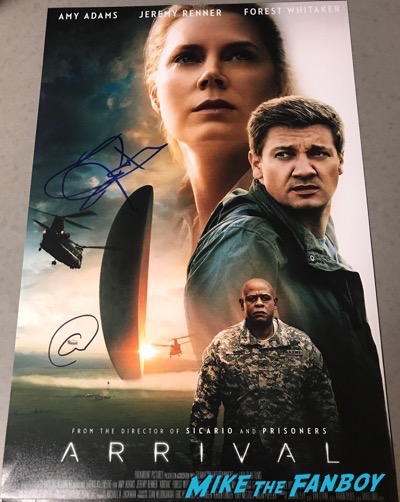