Home / NEWS / Wolverine Played By Someone Other Than Hugh Jackman? The Actor Says It’s Eventually Inevitable!

One of those, Mr. Hugh Jackman has resigned himself, that someone else will eventually play Wolverine.

In an interview with IGN, he talked about it but is happy that he’s been giving the opportunity to play him for so long.

“Look, that’s inevitable, man. Anyone who thinks they’re indispensable in this business is fooling themselves. But I feel unbelievably blessed to have this part. I never thought in a million years I’d get to play him seven times. Every day I walk on the set with the claws and the hair, I thank my lucky stars. I don’t take any of it for granted. To think that in a second version we’d have this cast and this director, and you guys don’t know the script, but I would say probably the best script of all of them, is pretty amazing. I think that’s why I’m still here. I’m sure by the way, that it won’t always be my decision to always be here. At some point, someone will close the door on me…” 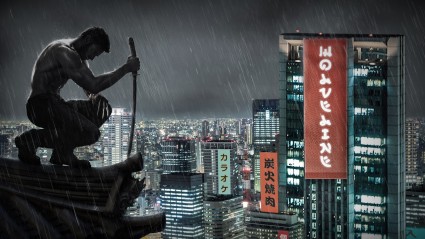 I honestly, really appreciate it when actors are grateful for their iconic roles and don’t shy away from them. So many times, you hear that people are sick of the roles that made their careers. Hugh Jackman is aces in my book!