I’m gearing up for YALLWest tomorrow and have some great interviews lined-up – so be on the lookout for those soon – but last weekend it was all about the L.A. Times Festival of Books!

Things have been crazy for The Strumpet lately and part of that was moving for the first time in 14 years :-O  So I was really looking forward to this since I had to miss WonderCon (booo) which is my usual Con Kick-off.

The lovely thing about the Festival is you know the wonderful booths you’re going to see (hello JASNA Southwest, hello Mysterious Galaxies, hello Sisters in Crime) but this year my excite was all about The Ripped Bodice having it’s own booth!!! 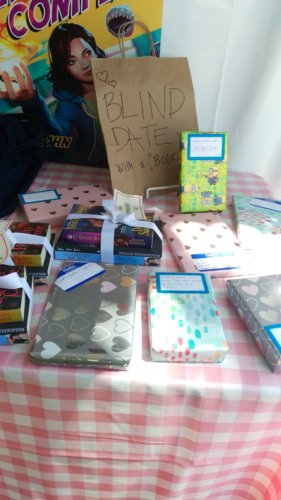 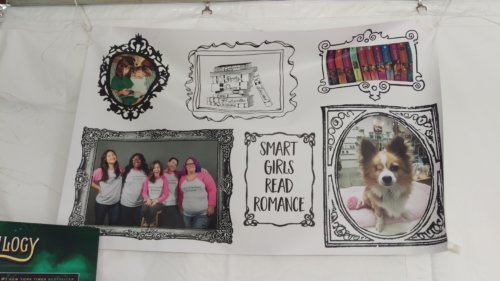 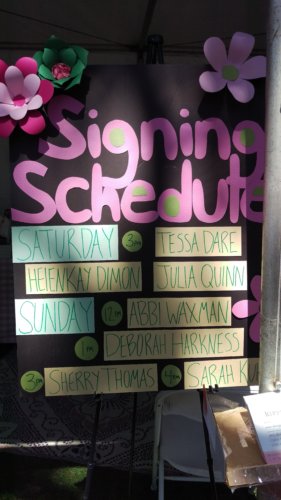 You guys may remember I’ve posted about these amazing gals before – here – and I’m so happy to see they are thriving!  And of course I had to pick up their limited edition festival tote: 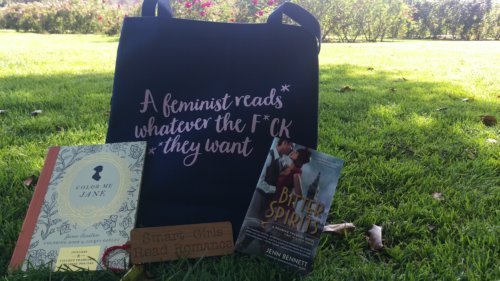 Ok and one book that I spied because I just finished binging on Miss Fisher’s Murder Mysteries and am now obsessed with the Roaring Twenties (look for a review soon) and a book mark because it speaks truth.

I was also excited to see the Los Angeles Romance Authors – Romance Writers of America (LARARWA) in attendance for their third year. 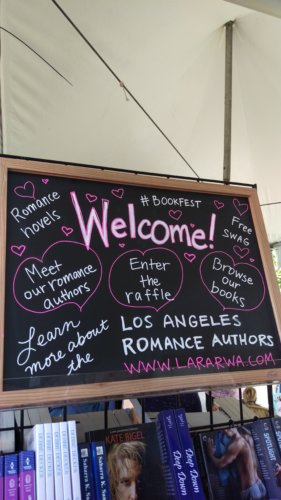 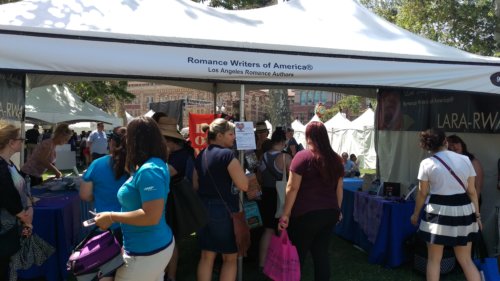 I talked to the lovely Linda O. Johnston for a bit ( got a signed book from her).  Also spoke a bit to Mia Hopkins and we talked about how Romance fans need to spread the word to get Romance more traction at the Festival.  Romance is starting to make a solid showing but we need more.  More on that later. 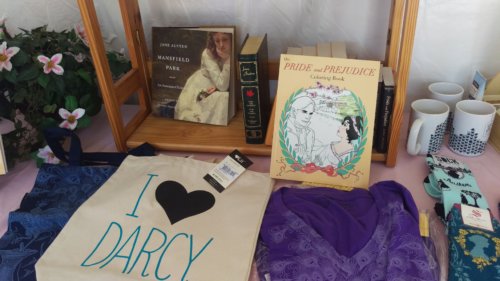 Sunday had the only panel I wanted to attend (some year you attend all the panels, some not so much), which was focused on Romance. 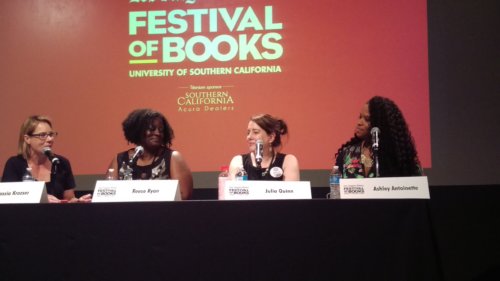 While hearing the authors talk about their writing process, tell anecdotes, talk about their upcoming books is always great, what really struck me about this panel were two of the audience members who stood up during the Q&A.

Audience Q&A is generally one of the things I don’t like about panels because you always get the same generic questions.  However, these I quite enjoyed and not necessarily because of the questions but because of the comments.

Admittedly Romance panels are, almost, exclusively female audience orientated, so imagine my surprise when a young man stood up to ask a question.  Which he prefaced by saying he didn’t read romance, and after listening had his opinion changed of what romance writers and readers were like.  Another man, a journalist, spoke up and said he wasn’t a romance reader or writer, however he went to a romance panel a couple of year ago and found that the writers on that panel were the most inspirational and had the greatest sense of ‘craft’ that he had ever heard.

And that’s the thing.  For all the flack Romance writers and readers get it’s still one of the biggest selling industries in publishing.  It has dozens of conventions dedicated to it, and frankly, some of the most accepting people in it’s community.  I don’t roll my eyes at people who read paranormal romance.  I don’t scoff at the ones who like military suspense.  Like sweet contemporary?  Well good for you.  Is urban fantasy more your speed?  Great!  Into Erotica?  Go get your kink on.  Essentially Romance is every other genre of fiction rolled into one subcategory – and then some.

And most Romance readers and writers are some of the smartest and most well read people I know.  Like that journalist said, romance authors are some of the most dedicated writers I’ve met.  They are constantly honing their craft.  Constantly working on writing something better.  Constantly working on their technique and their ability to tell a story that will grip their readers.

It’s also and industry that is taking a hard look at itself and its lack of diversity and how to change that.  Different cultures, different religions, different sexual orientations.

So why do people still get uncomfortable or condescending when I tell them I read romance?

Pure and simple.  I’m a woman reading and talking about sex.

For all the barriers we’ve broken down.  There is still this uncomfortable stigma when it comes to women talking freely about their sexuality.  And this isn’t some feminist rant because I know a lot of feminists who’ve scoffed at me when I told them I read romance novels.

But we’re fighting to change that.  One bookstore.  One festival.  One panel at a time.  More and more we’re starting to proudly state we support this industry. 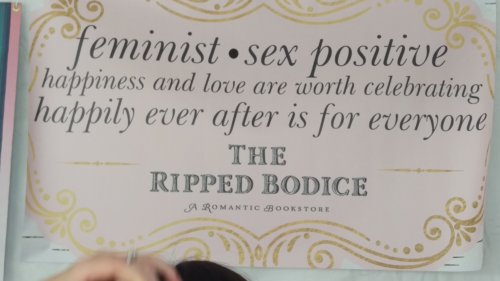 So I’m saying it loud, clear and without shame.  I read romance.  I read all kinds of romance.  The sexier the better.  The smuttier it is, the happier I am.  Bring on the alpha males and military bad*asses.  Give me the super jocks and the billionaire playboys.  I wanna rock out with the rock star bad boys and then kick back with some cowboys. 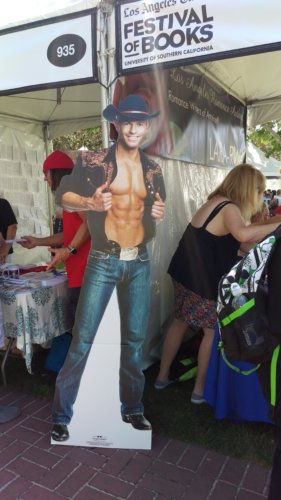 Now if you’ll excuse me, there’s a very sexy shapeshifter on my pillow calling my name.

And while I’m off doing that…here are some more festival pics to admire: 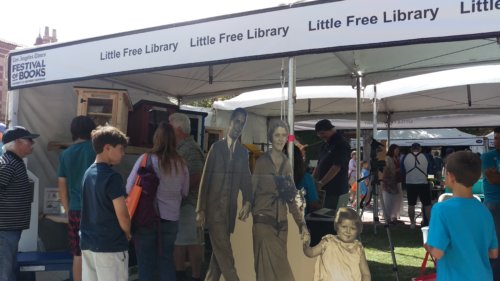 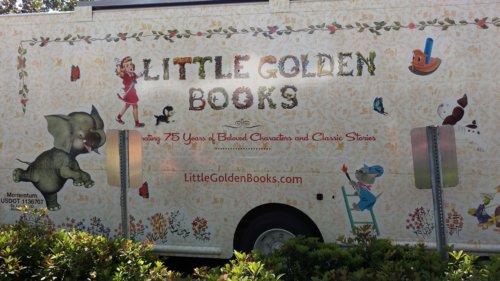 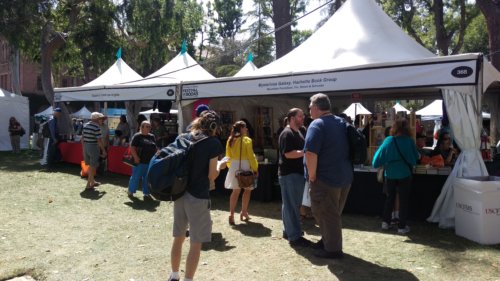 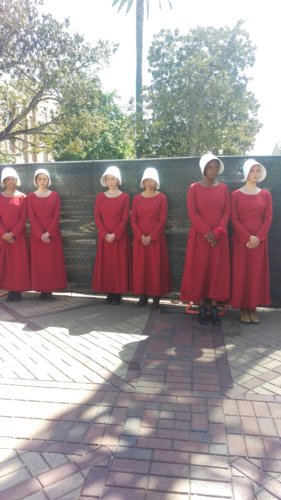 These poor handmaid’s have got to be dying in the heat and those clothes! 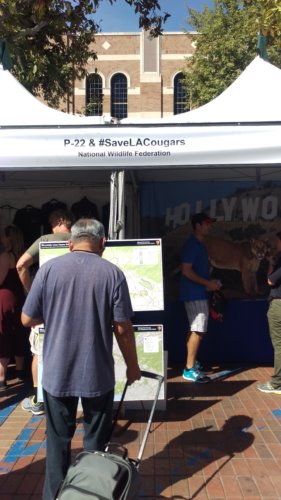 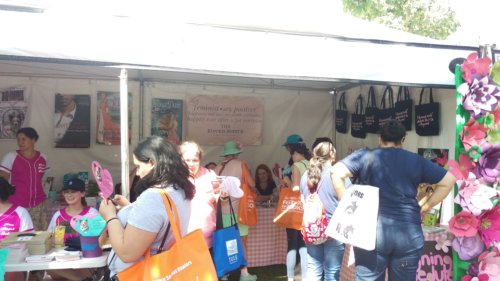