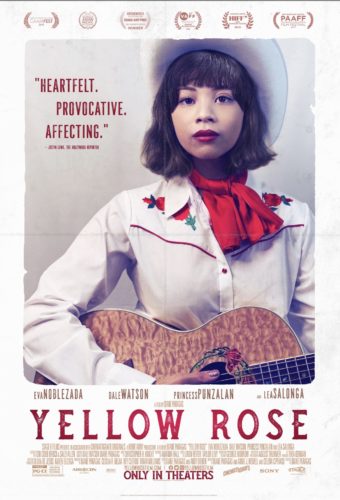 A new exciting, emerging talent has made her film debut with “Yellow Rose.” Theater actress Eva Noblezada lights up the screen in a dominating debut film performance that will leave you speechless.

Living on the outskirts of Austin, undocumented Filipina teenager Rose (Eva Noblezada) dreams of one day leaving her small Texas town to pursue a career in country music. Despite living in a roadside motel, where her widowed, strict mother Priscilla (Princess Punzalan) also works, Rose refuses to give up on her dream. However, Rose’s world comes shattering down when Immigration and Customs Enforcement (ICE) agents pick up her mom. Barely escaping, Rose must face reality and decide on her future. 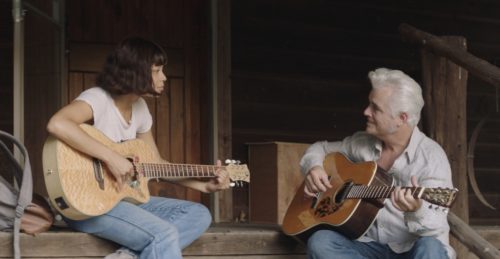 Although mamma tried, it’s not crazy to see the light and go running down a dream. Eva Noblezada might be best known as a Grammy award-winner and two-time Tony Award nominee right now, but after this performance she will be known as a top talent to watch. Noblezada provides an energetic, electric debut much like Eva Marie Saint, Jennifer Hudson and Lupita Nyong’o before her. There’s something sensational whenever she appears on screen. This performance reminds me of Jessie Buckley in “Wild Rose” meets Jeff Bridges in “Crazy Heart.” Rose’s remarkable, rewarding voice is truly a gracious gift viewers will enjoy! Viewers will soon know the name Eva Noblezada.

Joining Eva Noblezada are award-winning country music artist Dale Watson (also his film debut and playing a version of himself), Princess Punzalan, Liam Booth, Libby Villari and Tony Award-winner Lea Salonga rounding out this captivating cast. Princess Punzalan pulls at your heartstrings, but Dale Watson wickedly surprises you with another irresistible performance. The cast doesn’t disappoint and with an obvious bias towards theater performers, the subtleties simply are outstanding and enhance the overall experience with something special and contagious. “Yellow Rose” is an incredibly, irresistible movie in Diane Paragas’ pitch-perfect debut. 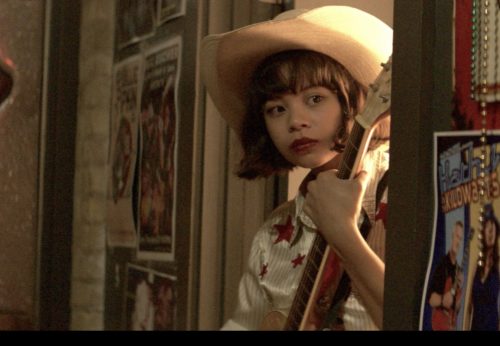 Definitive directorial debuts seem to be a dime a dozen lately, but the quality of filmmakers like Diane Paragas it’s hard not to be excited and elated with the future. Paragas has provided a heartfelt, deep love for country music and might be best described as a coming-of-age drama meets “A Better Life” meets “Crazy Heart” with the oomph of “Wild Rose. There’s something charming about this country music movie. “Yellow Rose” is the type of hidden gems you hope to discover during the fall season. This compelling character story certainly packs on the layers with coming-of-age, country music, dreaming big and the harsh realities of racism & immigration. Diana Paragas packs plenty of punches in this heartwarming story.

This incredibly inclusive story portrays undocumented families without feeling exploitive. “Yellow Rose” resonates as an extremely entertaining and remarkably relevant film with a sweet sound. I wouldn’t be surprised if this becomes a sleeper hit and finds a huge market at home. This charming country story is an amazingly authentic transcendent Texas story that everyone can appreciate. “Yellow Rose” is that beautifully blossoming flower amongst the thorns. Probably the best soundtrack since “Once” and “Crazy Heart” respectively! After all, sometimes the sweetest and best things can be found in the most unlikely of places.