I just got this great recap from Justin from the Ain’t Them Bodies Saints movie premiere in New York City. You may remember Justin’s recap of the Lovelace premiere a couple weeks ago.

This time he got some awesome successes from Rooney Mara, Richard Gere, Chris Rock, and Rosario Dawson but some fails from Robin Wright, Ben Foster, Melissa George, and Keith Carradine.

After two weeks of not chasing any autographs I decided to head out to the Ain’t Them Bodies Saints premiere at the Metropolitan Museum of Art (MOMA) in New York City.

I had a lot of success at the Lovelace premiere there two weeks ago so I was eager to see how it would pan out. Happily Stephanie Meyer the Twilight author was doing a promotional appearance for the new movie she produced at the Apple Store on the other side of the City at almost the same time as the premiere and almost all the dealers were down there. Maybe 10 fans and dealers were there. There is a special fan barricade outside the barricade for the photographers which is always full.

Unfortunately, word came that the film’s star Casey Affleck was not going to be attending.

He did not even look at the fan barricade either time he came out. This is very odd for a director without many credits on his resume. A lot of people were walking which makes spotting celebs a chore.

Cast member Keith Carradine walked up posed for the photographers and also did not glance at the fan barricade. Again odd behavior from a guy who is not a major star. I met him when he was briefly on Broadway earlier this year and he was super nice so it is a bit puzzling that he wasn’t fan friendly tonight.

People were sprinting in from all sides no one I recognized except for Dane DeHaan from the upcoming Spider Man 2 and the Place Beyond the Pines. He didn’t stop either.

I was getting the feeling that this was going to be a disaster of a premiere when the female lead in the film, Rooney Mara arrived. Rooney had a bunch of personal security with her but ran over to the fan barricade. Rooney could not have been nicer signing and taking pictures with literally everyone there. Many of the dealers got multiple signatures from her. 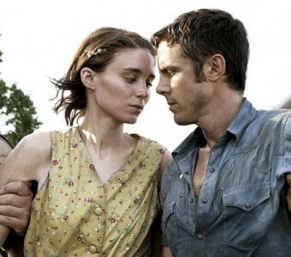 A few moments later Ben Foster arrived with his girlfriend Robin Wright Penn. They appeared to have walked and were in conversation with another couple outside the photographer barricade. They stopped to pose for the photographers and Robin walked in while Ben briefly signed. I loved Robin in Forrest Gump and House of Cards so I am bummed she didn’t sign or even look at the fans. Ben I hear is very tough although I got his signature in the spring when he did Broadway with Alec Baldwin.

After the stars were in an SUV pulled up and the photographers started snapping away at its occupant before he/she even got out of the car. I was hoping it was Rooney’s sister Kate Mara but it turned out to be Tiffany Amber Thessien of Saved By the Bell fame and her husband. The small crowd of fans went wild screaming for her to come over and Tiffany looked at us and mouthed “one minute” then after posing for the photographers instead of coming over to the fan barricade she walked in the door.

Except for Rooney the premiere was an epic bust until another car pulled up and the legendary Richard Gere got out. Richard posed for the photographers then headed over to the fan barricade and went to town with the Sharpie. He signed for everyone who asked and posed for several pictures before heading inside. That totally changed the night.

Wow I still can’t believe I got Richard Gere’s autograph! I loved Primal Fear, Pretty Woman and many of his other films and he was someone I never expected to meet. 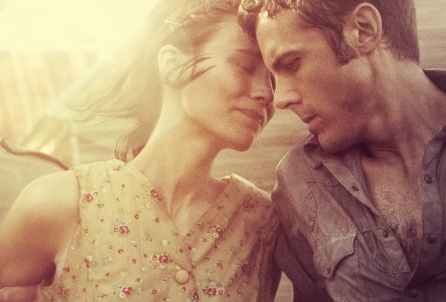 The movie was about to start so I decided rather than waiting for Tiffany, Robin and Melissa to come out and hoping they signed that I would head to the set of the Untitled Chris Rock Project which was having a night shoot. I met Chris when he was on Broadway two years ago and have seen him out and about he is a great guy.

Tonight was no different as he posed with a street food truck vendor and went into Starbucks, stood online and ordered a drink himself during a break. I wish every celeb was so cool.

The reason I went to the set though was to meet the lovely Rosario Dawson. After waiting for an hour and a half she came out of her trailer. She was so nice not only did she sign but she talked to me while she signed and even said goodbye when she walked away. I thought of going back to the premiere but it would have been a tight squeeze to make it before the movie ended so I went home happy after meeting Rooney, Gere and Rosario.

On a side note I read later that rock star Courtney Love apparently attended the premiere but I did not see her go in she must either have been late or used a back door.