Scotty and I were both out and about for this. You can read my encounter with Ms. Lisa Kudrow here. But Scotty decided to stick around and try and meet socialite Paris Hilton. I would say, “Actress” Paris Hilton, but come on if you’ve seen House Of Wax you know that’s not an accurate statement.

Anyway, before I go on my “Reality Star” soapbox I will let Scotty gush over his time with Ms. Hilton!

Today I made a LONG journey to see Lisa Kudrow making a talk show appearance in Los Angeles. Unfortunately, the car gods are not on my side at the moment. My car died and I am looking for a new car. Until then, I am looking to the kindness of friends for rides, and do I dare say the Los Angeles Transit system. The LA Metro system is not my friend. It took me almost two hours of waiting, riding, and walking. BUT, I made it in time to see Lisa.

Everyone thought I was crazy to make my way by bus to meet Lisa Kudrow. I am a huge fan of “Romy and Michelle’s High School Reunion” and have wanted to get it signed for some time. Unfortunately, Lisa Kudrow is not a friendly signing celebrity, but I was not giving up. This was my third try. You know what they say! 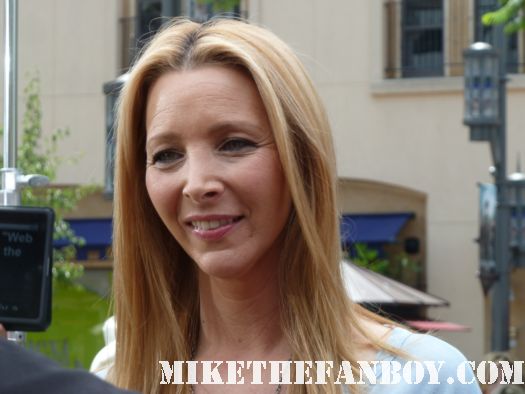 After a quick interview, Lisa made her way off the small stage and met with some people. 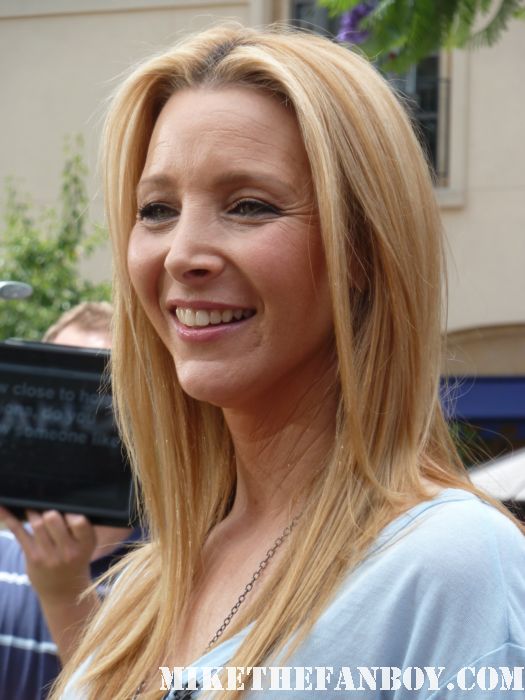 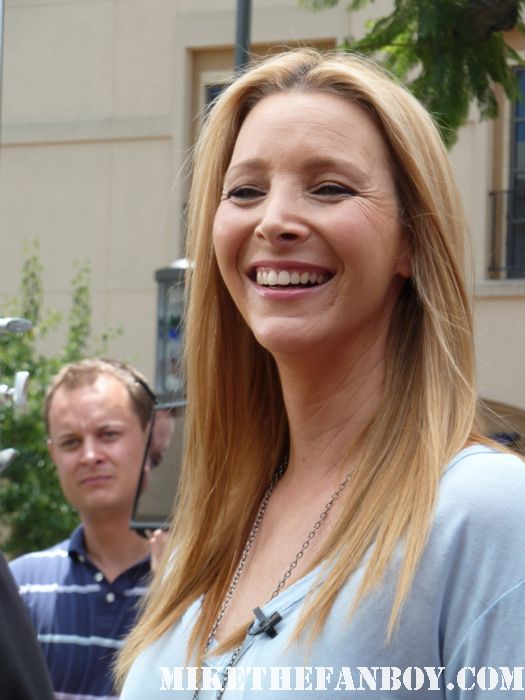 Mike and I called her over and she was gracious enough to sign our memorabilia. Victory at last! Now, I need get Mira to sign it. Thanks Lisa! 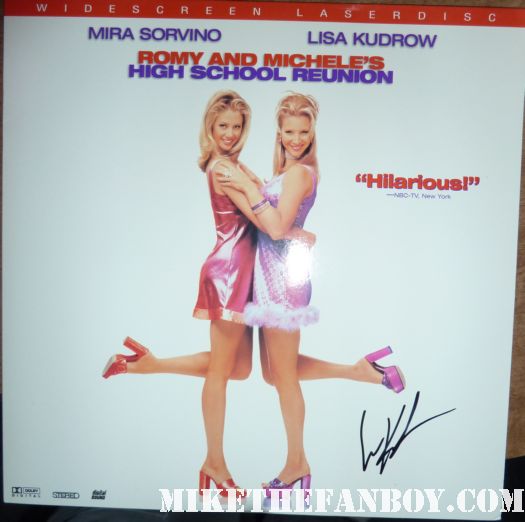 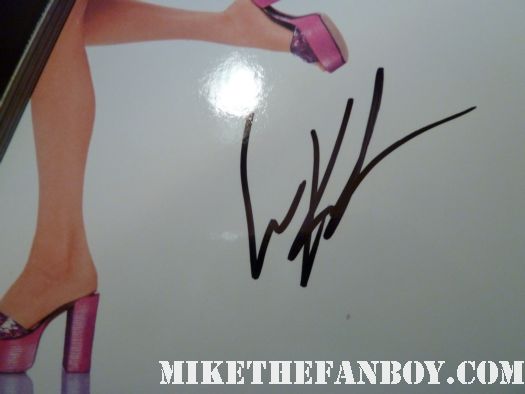 After Lisa’s segment, I heard Paris Hilton was making an appearance as well. Oh man, I love Paris. All my stuff was at home. I know, I know….why Paris? I think she is fun and kitschy. I actually really dug her album. It had some good hooks and was well produced. It also had some hot remixes by many top producers and DJ’s. Her voice was less auto-tuned than a certain other blonde that people ADORE, which shall remain nameless. *haaa-Britney* Excuse me, I sneezed. I don’t think Paris takes herself serious and is having fun with her entrepreneurial endeavors and running all the way to the bank. She makes me laugh, so I wanted to get something signed and hopefully a picture.

Mike walked with me to the newsstand. Thank goodness they had last month’s issue of YRB magazine with Paris on the cover. It was actually a really great cover. I bid adieu to Mike. He really dislikes Paris.

(Editor’s Note: I don’t dislike her, I just don’t get why people care! M-)

Paris made her way into the show area. 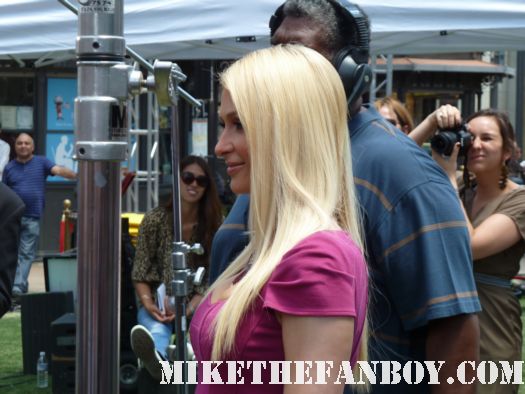 She said she would sign after her interview. She finished and told her people that she promised to sign. 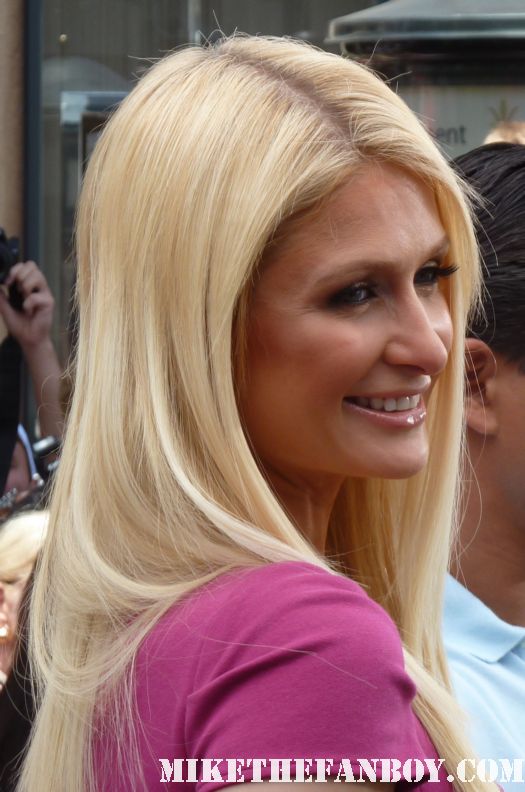 She is awesome for keeping her word. She has always been fan friendly, which is why I think she has surpassed the fifteen minutes of fame people always said she would have. Thanks Paris for putting the cherry on top of a great day! 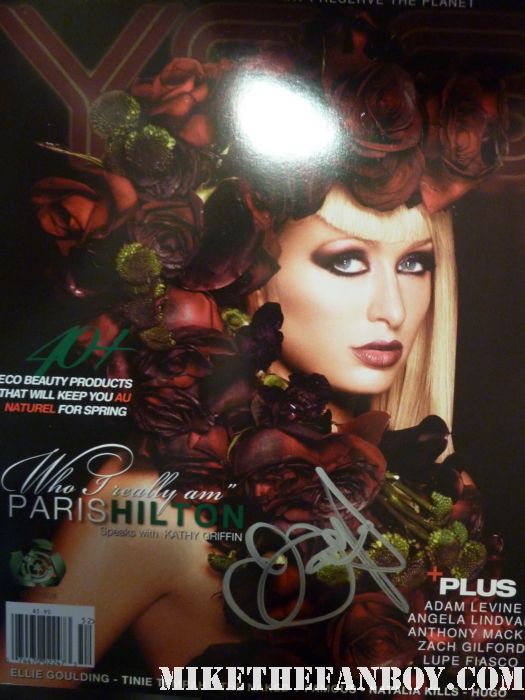 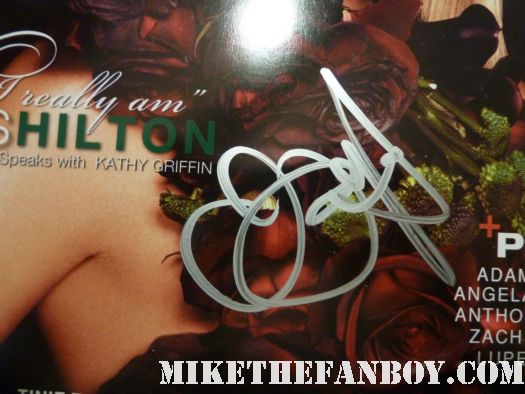