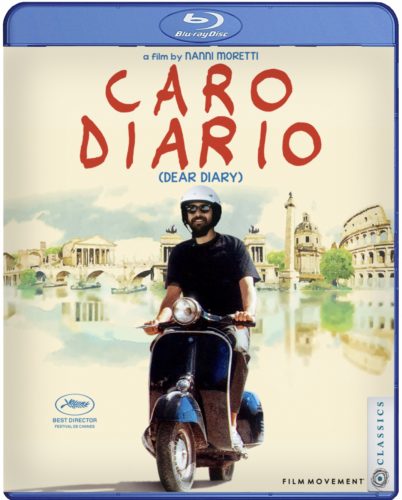 Filmmaker Nanni Moretti examines modern Italian life and presents his experiences as three fantastically fragmented entries from his “diary” – In Vespa (On My Vespa), Isole (Islands) and Medici (Doctors). Moretti plays a fictionalized and hilarious version of himself while traveling on his vespa, visiting various spots in the Aeolian Islands trying to complete his latest film and consulting countless doctors about an annoying rash. Moretti’s modern-day man movie provides an eccentric and entertaining perception of everyday life. 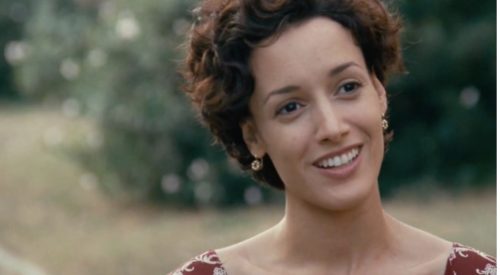 Winner of Best Director at the 1994 Cannes Film Festival, “Caro Diario” doesn’t disappoint with its wonderful whacky and intensely interesting concept. There are no framing devices and the movie provides personal freedom with an exciting extemporaneous approach not bound by conventional cinematic rules. There are no transitional ties and like a diary, casually, yet carefully crafted ease into the next “passage” seeming effortless. It’s an excellent example of experimentation and feels reminiscent of classic comedies during the 1970s. 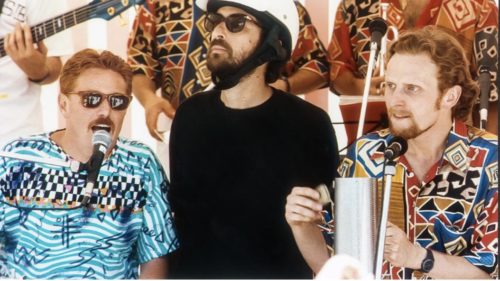 The use of clips from “Henry: Portrait of a Serial Killer, references to Robert Rossellini (especially “Stromboli), and the cunning, clever cameo of Jennifer Beals beautifully blend together for a unique, unconventional satirization of contemporary life. Similarly to Woody Allen’s “Play It Again, Sam,” “Manhattan,” and “Annie Hall” with its humorous “wink to the camera” moments, “Caro Diario” doesn’t break the fourth wall. In a sense, it’s like “Slacker” casually changing from scene to scene with the absurdity of an episode of “Curb Your Enthusiasm” meets Roberto Benigni (particularly “Life is Beautiful”) to capture your heart with a delightful offbeat and intimate timeless comedy. 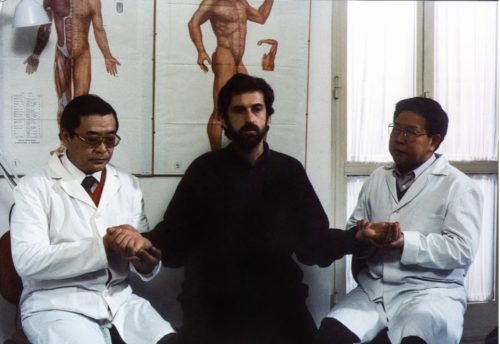 The peculiar perspectives Moretti magnificently projects allows him to present social commentaries everyone is thinking, but doesn’t dare and actually attempt. The charming cameo of Jennifer Beals interacting with the fictional Nanni Moretti is a hilarious example. Without a doubt, you could absolutely see someone like a fictional “Larry David” or a similar celebrity interaction featured on “The Larry Sanders Show.” However, that amazing approach is constantly used throughout the film for every interaction. It’s an amazing attempt at autofiction and an ideal introduction to Moretti’s work. Sure it might be a “mid-life” crisis comedy, especially when he pronounces himself a “splendid forty-year old” in an empty movie theater, but Moretti manages to maintain an impressionable, inquisitive and interesting persona throughout the three chapters. In essence, Moretti allows audience members to appreciate and enjoy Italy through a guided tour on his scooter with witty episodic experiences along the way. 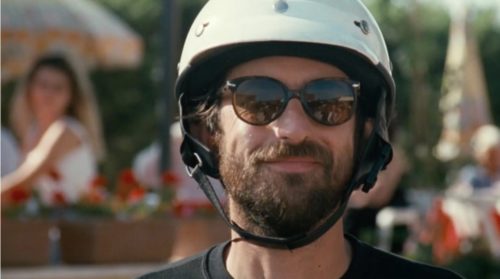 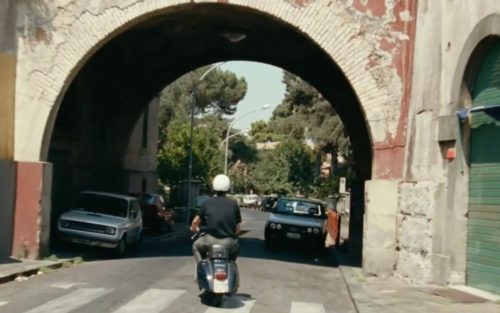 Considering this is the first time, “Caro Diario” (Dear Diary)” is available on Blu-ray in North America, I was at a complete loss for words with how exceptional the transfer came out. Truthfully, the film didn’t feel/look dated and remains relevant with its quirky style. For those attempting the “1001 Movies You Must See Before You Die” (1224 as of the 2019 edition), this is one of those hidden gems often-overlooked by contemporary cinemagoers and American audiences. Considering “Pulp Fiction,” “Four Weddings and a Funeral,” “The Shawshank Redemption,” etc. came out, needless to say 1994 was an excellent year for films and those are just the tip of the iceberg. Not only is “Caro Diario” (Dear Diary)” an excellent example of Italian cinema, but a classic comedy everyone should enjoy. The Blu-ray release is a must own and I strongly suggest checking out all of the other magnificent movie releases Film Movement Classics has coming up. They’ve hit an excellent groove.