It’s so sad, for this weeks Fanboy Fail Friday I was like… Which Fail do I pick?

So… Let’s go with Charlize Theron, shall we?

There was a q and a for her new film Bombshell and it was fairly low key. Few people knew about it so I was like.. You know… this could be good?

The movie was good… Not something I want to run out and tell my friends about, but to be honest this season so many films have been like that.

The panel was good, I have to say, I enjoyed it and Charlize talked about giving out positive energy in the world and being nice to people and how this movie helped her do more of that. 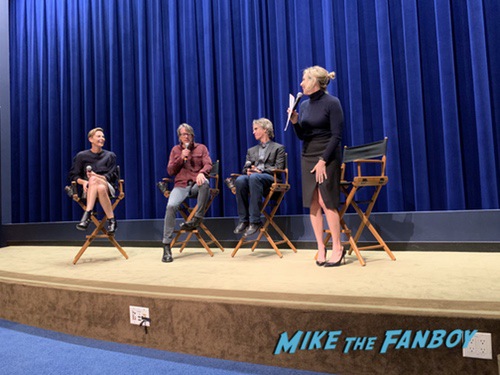 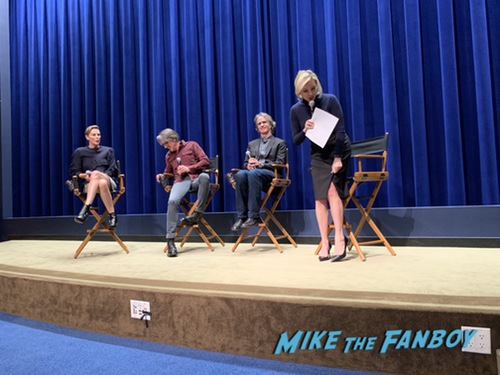 Now, that’s always a clue, When someone says that, they’re never going to stay, they’re going to run out. It’s a total fake out.

And guess what happened. The panel was over and Charlize bolted off the stage. 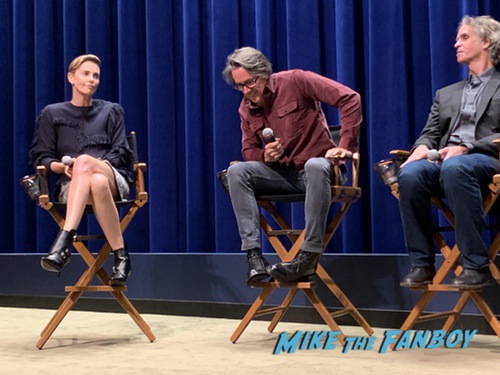 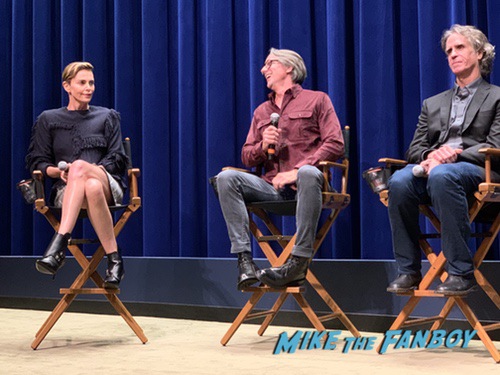 She did linger for a hot second, when I thought we could have gotten to her, but when we called out she ran.

Scotty and I went outside to try and get her, but she just ignored and ran for the car. There were only three of us outside for her too..