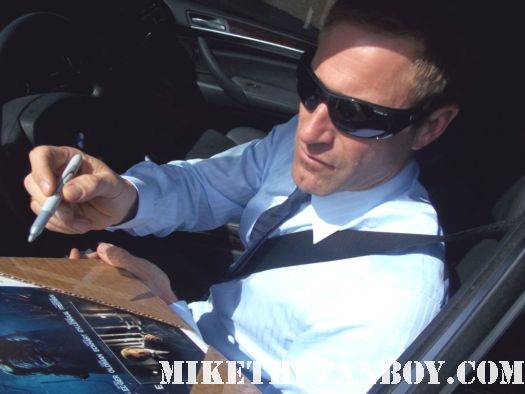 The CB gets around… Wow, was that a pun… hmmmm, I just told an inside joke to myself… I’m such a dork! LOL…. Anyway, I’m here with another report from everyone’s favorite 4×6 collector CB! He’s out chasing Mr. Aaron Eckhart this time. I’ve met Aaron a couple times now and I know he’s super cool, so hopefully CB will have some luck.

Hey everyone, yours truly CB! I just love anything Batman. I love the comics, the animated series, the animated movies, and love the Christopher Nolan and Tim Burton versions of the movies. Today, I went to try to get Aaron Eckhart on my Dark Knight Poster. Aaron is doing a talk show taping and knowing this, I’m prepared to burn in the sun. He’s been in a bunch of great movies, “Thank you for Not Smoking”, “Rabbit Hole”, and is in “Rum Diary” with the great Johnny Depp. I got Christian Bale already, and this is my SECOND attempt to get Aaron Eckhart. Last time it was an utter disaster. I’m taking my poster, a DVD cover and a 4×6; hopefully I don’t strike out today!

1:50: I arrived to the taping, and no one is around. Are they even taping or am I really late?

2:05: OMG! It’s him, I yell for him and he stops and signs. I tell him I love his work and says thanks and real appreciative. He signs all my stuff. Just a stand up guy! 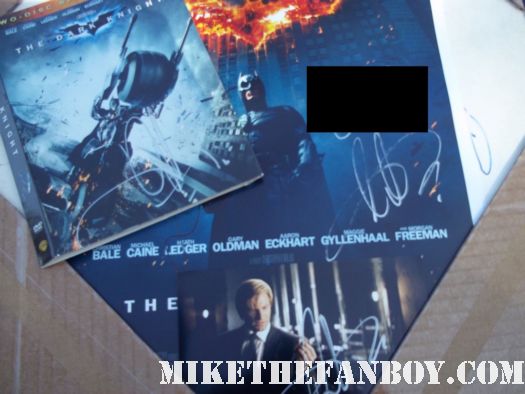 Can’t believe it only took 15 total minutes to meet him, after waiting hours to miss him last time. Great Success.