There are a lot of TV shows that have been popular and spawned water cooler talk, but none are more unlikely than Downton Abbey. The British series featuring high society and the people who take care of them. Full of murder, intrigue and enough plot twists to fill a soap opera quota, Downton Abbey is going to be ending it’s run after the current sixth season.

Several cast members and executive producer and writer Julian Fellowes and Executive Producer Gareth Neame. Headed to Los Angeles for a q and a as well as a high tea.

Downton Abbey stars Hugh Bonneville, Elizabeth McGovern, and Laura Carmichael were on the panel as well. I was very excited because Elizabeth McGovern was in one of my favorite late eighties films, She’s Having a Baby! Who doesn’t love John Hughes?

Scotty, Big Mike and I were all able to attend. First we took in some scones and tea. Delightful.

There was a red carpet set up and all the stars started to arrive. 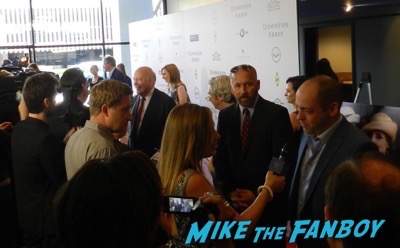 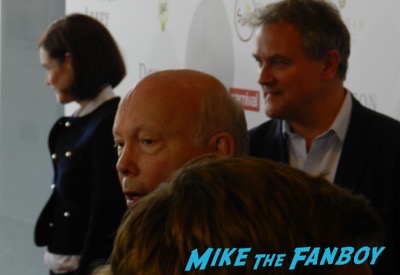 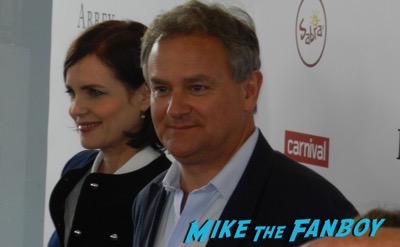 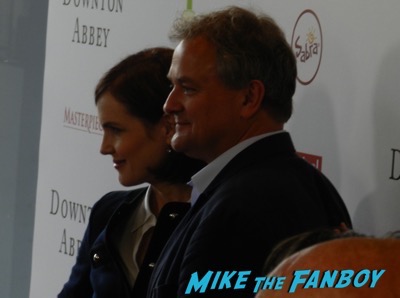 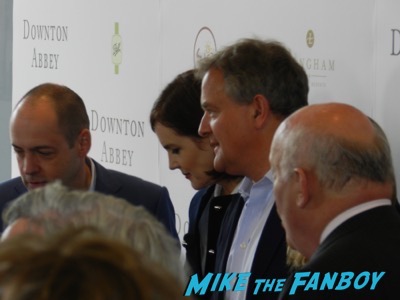 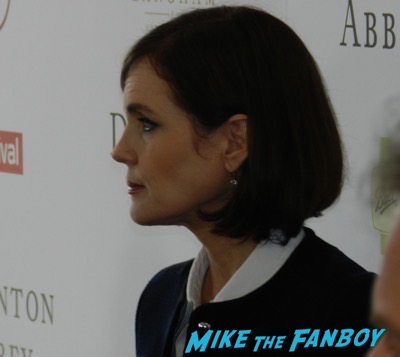 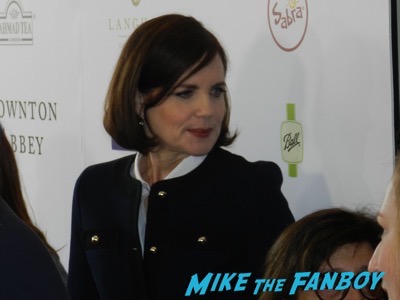 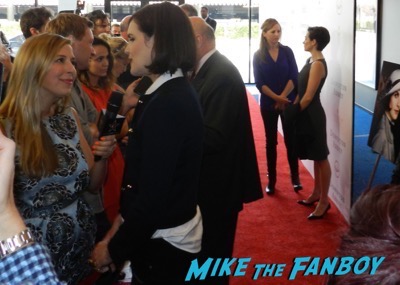 They were posing for photos and doing press interviews. Scotty headed in to get our seats, but I waited for Elizabeth McGovern. I was so excited to meet her.

When each cast member was done with interviews them came over to sign, and the last was Elizabeth. Her people tried to rush her off, but she was more than cordial and come right on over. She saw my She’s Having a Baby poster and was like, “Oh my God!” I told her how much I loved the film, and she said, “You must have been a baby when this came out!” Adorable! 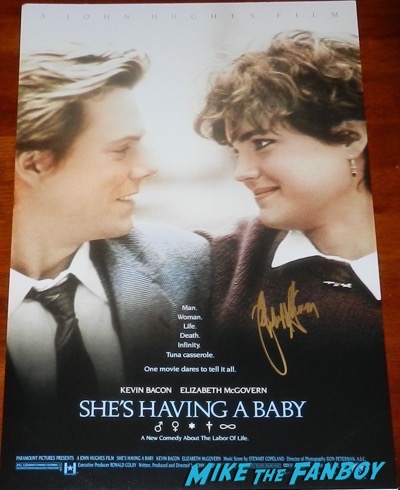 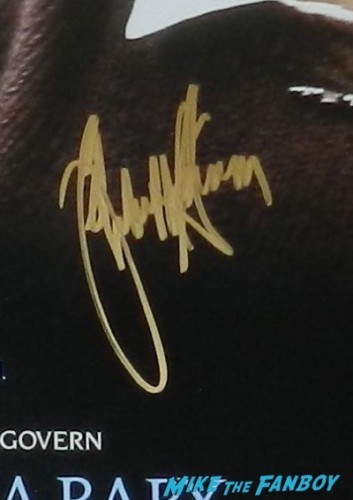 After meeting Elizabeth I headed inside the join the guys. The panel was about to start. 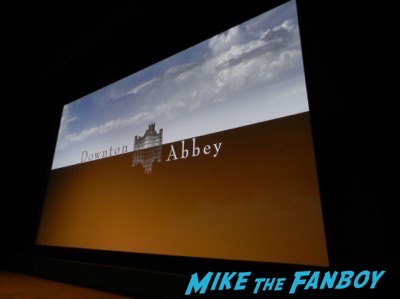 It was a fun panel and the cast clearly loves hanging out with each other. Julian Fellowes talked about how Dan Stevens departure really impacted the season and how he asked Dan to come back for the premiere of the next season but he declined. Eventually, Julian mentioned how it was the best thing, because they could do a time jump for the next season. 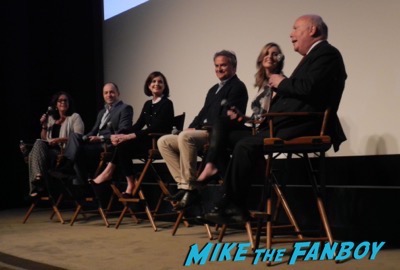 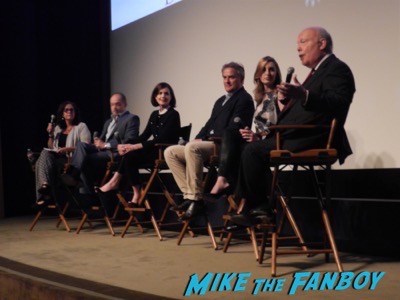 Discussion turned to how the show got started and how Julian had to be persuaded to do it after Gosford Park.

The very interesting thing that Julian mentioned, aside from how awesome Maggie Smith is, was how he liked to touch on social topics in the show. Julian said how he liked the fact that the show deals with people of all ages and shows them all being sexual beings and having lives.

“In movieland, everyone stops being a sexual being at about 32, at least for women. [And yet] the men are allowed to go on until they’re 78, I’ve never worked that out. In my world, on the whole older people have emotions like anyone else, and I think the show demonstrates that.” 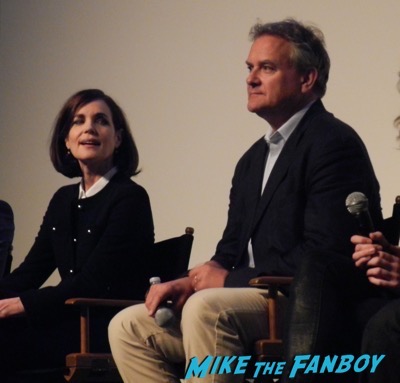 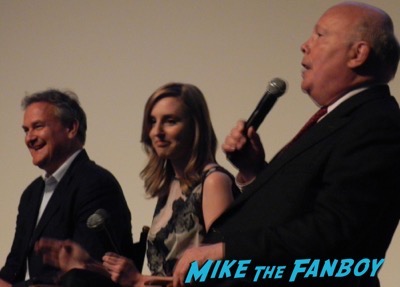 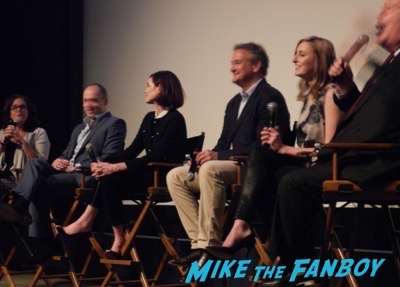 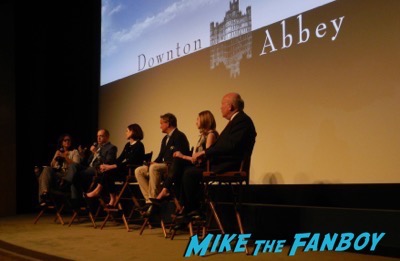 Fellowes also mentioned how the show has a feminist bent.

“[O]ne of the points of that is that women, until really the 60s in a way, were having to live in this endless expectation world of their behavior. They have to do this, they have to do that, how to not cross their legs, how to not do this, and the further you go back, the more that is true. Now obviously women were just as clever and ambitious as they are today, but they had to re-route it all the time. Unless they were prepared to be break-aways and go off into some artistic community in Wales, they had to somehow find a way of negotiating their way through the customs of their own time, in order to achieve a life they wanted to live.” 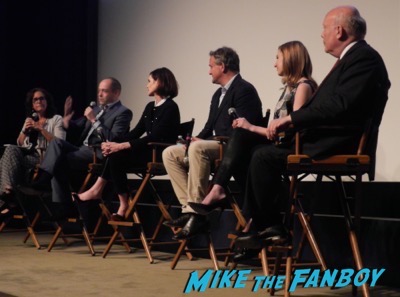 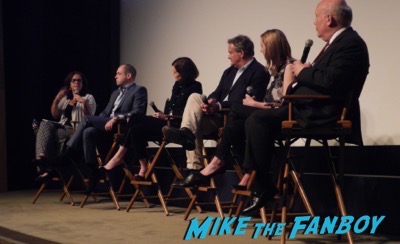 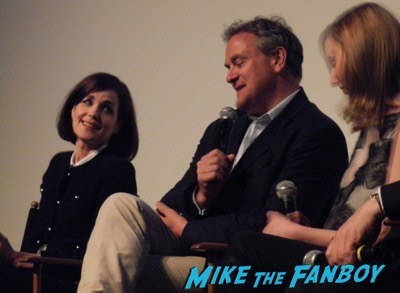 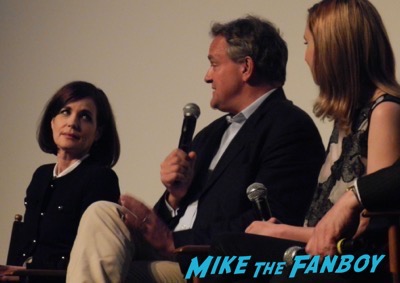 The really awesome thing that Fellowes said was about gay rights and the character arc of Thomas. He’s a gay man, who has to be in the closet but he’s not necessarily the nicest person in the world.

“I am very sympathetic to Thomas. And what I wanted to do was to remind, particularly our younger viewers, that within not just living memory, but it was only half a century ago that in England, homosexuality ceased to be illegal. Before that time, if you were homosexual you were living under a permanent constraint to possible arrest and, having been arrested and having been charged, the end of your career. Total ruin. If you’re heterosexual and you go to a pub, you have one too many, you make a pass at a girl, you might get slapped. But that would be the end of it. Whereas if you make a pass at a man, your whole life could be in shreds by the following morning.”

It was very revealing and honestly very touching. 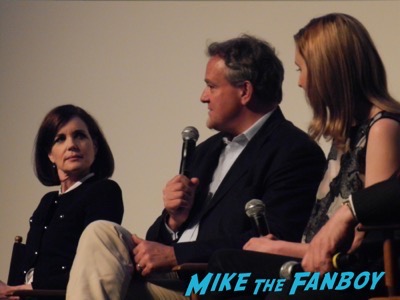 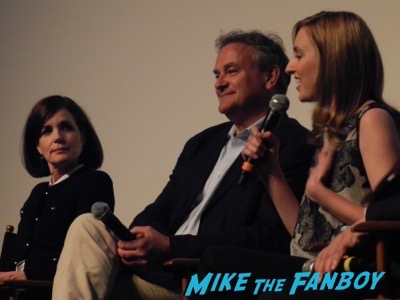 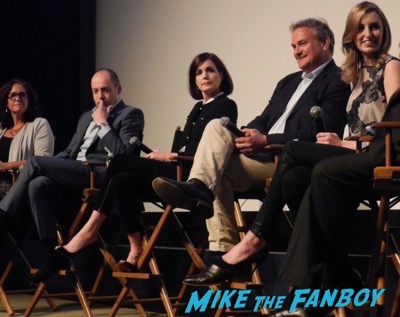 After the panel we were given a glimpse at season 6 before the panelists left.

Scotty and I headed outside and were able to get Hugh Bonneville, Elizabeth McGovern, and Laura Carmichael to sign. They were all so sign, and Hugh was suffering from an ulcer at the time.

I got my friend Scott’s DVD cover signed for him.

Overall, it was a really fun afternoon, with awesome friends and delightful tea. I felt like a right proper gentleman for once! 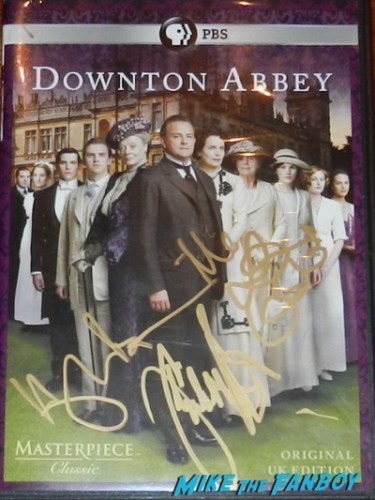